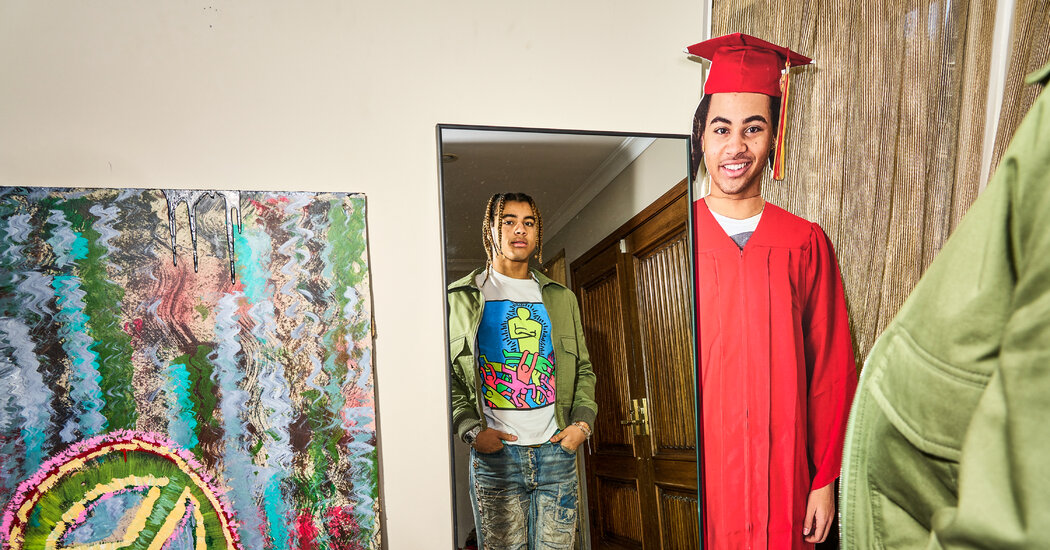 Like his parents, who got by on commercial work and then service-industry jobs, Goldn modeled and acted some as an adorable child with “a huge Afro.” The attention from his classmates — not to mention the spending money — was thrilling, he said, and the work got him comfortable in front of a camera. “I was really good in the auditions,” Goldn said, stating the obvious.

But despite his Hollywood inroads, the pandemic might very well have halted whatever momentum Goldn had generated around town. Instead, another guitar riff from Fedi, cooked up while Goldn was playing Call of Duty, led quickly to “Mood.”

“A lot of bigger people took their foot off the gas during uncertain times,” KBeazy, a producer behind the hit and other tracks on Goldn’s album, said. “For us, who still weren’t established, we were like, ‘It’s go time — now or never.’”

For its collaborators, “Mood” was more than just a defining track — the song was also a path to the signature sound that Goldn had been lacking, not to mention a group of friends and now roommates.

Along with Fedi and KBeazy, Goldn’s 21st-century equivalent of a session band also includes Blake Slatkin, another young songwriter and studio whiz who started his career as an intern for the hitmaker Benny Blanco, and whose parents’ house in Beverly Hills provided some isolated studio space during Covid-19. (“Oh, we all got Covid,” Slatkin said, though they were careful to stay — and even sleep — in the studio.)

The tight group, which is just as likely to listen to Modest Mouse and Weezer as Uzi and Lil Baby, assured that “El Dorado” would have a cohesive feel, instead of the more predictable method of sticking Goldn in the studio with a slate of hot producers who were strangers.