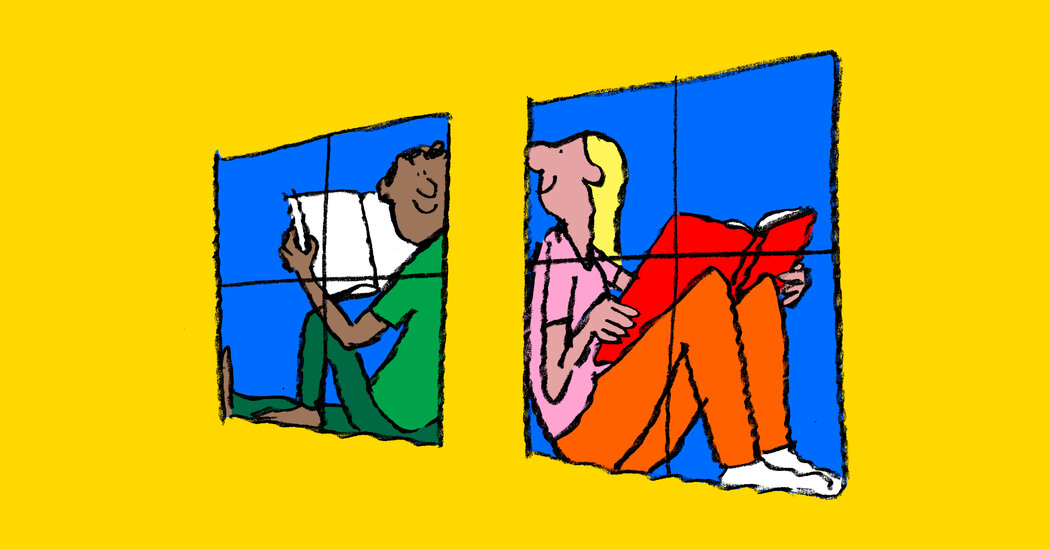 Sometimes a romance separates sex from intimacy to explore the space between. In Cecilia Grant’s “A Lady Awakened,” for instance, the initial plan is for the heroine to get pregnant: The sex starts early and the romantic feelings follow later. “The Intimacy Experiment” flips this script: The blunt bisexual sex educator, Naomi, and a hot thoughtful rabbi named Ethan hold off from touching for a good, long, aching while, even though both are experienced and Naomi in particular has always found sex to be simple and easy. There’s a lovely scene where she realizes she doesn’t want sex yet, and doesn’t know why, and she and Ethan work out what that means in a way that makes them both feel more emotionally invested even though the physical stuff is on pause.

It’s a powerful, thoughtful moment in an ambitious and rewarding story.

Of course a letter opener has a hidden rapier blade. Of course a respectable lady’s house in Mayfair is equipped with a flying spell and can sail to Bath to elude enemies.

Our next book: not as subtle. Romance readers often discuss historical romances as a kind of shared fantasy setting full of improbable dukes bristling with abs and feminism; India Holton’s nimble debut novel, THE WISTERIA SOCIETY OF LADY SCOUNDRELS (Berkley, 336 pp., paper, $16), takes aim at that idea and blasts it out of the sky with a barrage of bloodthirsty charm. It’s the kind of book for which the word “rollicking” was invented.

Do not be taken in by the sweetness of the cover: This story is so outrageously bonkers that it ends up creating its own surreal logic. Of course a letter opener has a hidden rapier blade. Of course a respectable lady’s house in Mayfair is equipped with a flying spell and can sail to Bath to elude enemies. Assassination contracts are as good as a letter of introduction, and stealing your target’s bracelet is merely an attempt at flirtation (especially if she simultaneously steals your fountain pen).

And then everyone is in the air firing artillery at everyone else, and lies and treachery abound, and several people get repeatedly and casually shot, stabbed, concussed, exploded and brained with an emerald crown.

This book has considered realism and punted it out the highest available window. Holton is having as much fun as the English language will permit — the prose shifts constantly from silly to sublime and back, sometimes in the course of a single sentence. And somehow in all the melodrama and jokes and hilariously mangled literary references, there are moments of emotion that cut to the quick — the way a profound traumatic experience can overcome you years later. The instant you know you’ve fallen in love with exactly the person you shouldn’t. The moment you realize the way you’ve always solved problems has become its own problem, and now you have to find a way to unlearn it for your very survival. That last one, admittedly, does involve cannons, but it was very incisive all the same.

The book does not so much tear down class boundaries as dynamite the very idea of class itself.

Though set in alternate Victorian times — with an alternate Queen Victoria herself, no less — Holton’s book had me dreaming of the late 19th century on account of all the swashbuckling. With THE QUEER PRINCIPLES OF KIT WEBB (Avon, 335 pp., paper, $15.99), Cat Sebastian’s newest, we get the full Georgian-era experience: coffeehouses, lace cuffs, noblemen in pastel silks and ballad-worthy highwaymen whose thieving days are almost, almost behind them.

Like Holton’s, this book also features a chillingly villainous father, a life of crime and falling in love with someone you shouldn’t — but this is the realistic version, where pistol balls hurt, love can’t fix everything and the aristocracy is founded on and nourished by blood.