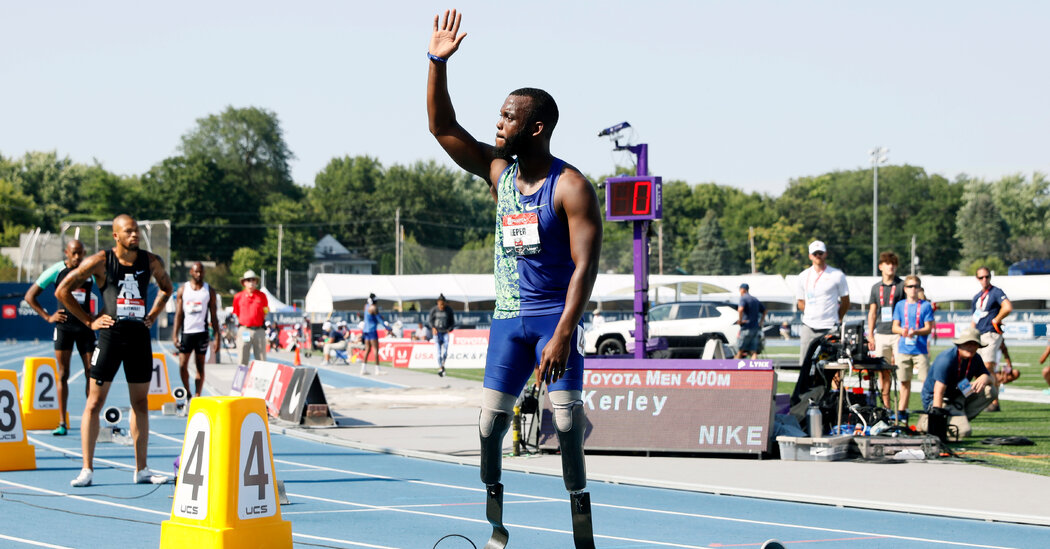 In setting the standards, athletics organizations have cited research that involved only Caucasian and Asian athletes. Leeper is Black. In Leeper’s appeal, lawyers cited studies that suggest people of African descent can have longer legs than people who have different genealogy. The World Athletics panel denied that its decision was in any way discriminatory and questioned the data cited by the scientists Leeper consulted.

“It’s not right that World Athletics continues to discriminate against disabled Black athletes, and that the Panel they appointed has again sanctioned this discriminatory treatment,” Leeper said in a statement Monday. “Basing this decision on standards and studies that completely excluded Black athletes goes against common sense and has no scientific basis, as my experts’ submissions to World Athletics made clear. But despite this setback, I will appeal so I can continue to fight for athletes around the world who are discriminated against — whether on the basis of race, disability, or both.”

Previously, Leeper and other disabled athletes have had to prove that whatever equipment they used did not provide an advantage, a huge challenge since proving a negative is difficult in nearly every realm.

World Athletics has struggled in recent years to balance inclusion with what it sees as fairness in competition, but critics argue that its rules discriminate against people who are biological outliers.

For Leeper and, before him, Oscar Pistorius of South Africa, who in 2012 became the first double amputee to run in the Olympics, World Athletics focused on whether the equipment they used to run gave them an advantage over non-disabled runners. For Caster Semenya of South Africa and other female athletes born with elevated testosterone levels, the organization battled for years to prohibit them from competing in middle-distance track and field events unless they took medication to alter their hormones.

“They have an archaic view of people, and they don’t like differences,” Jeffrey Kessler, a lawyer who has represented Leeper, Pistorius and Semenya, said of World Athletics during a recent interview. “We are people. None of us is perfect. We are all on a spectrum.”

Like all high-performance prosthetics, Leeper’s running blades and the mechanism that attaches them to his legs were tailored specifically for him at a height that allows his body to move in the most efficient way. Experts say it’s impossible to determine whether the height at which Leeper is most comfortable running is suggestive of how tall he would have been had he been born with fully functioning legs. Under the latest height standards, his current blades would not be allowed in Paralympic races, either.