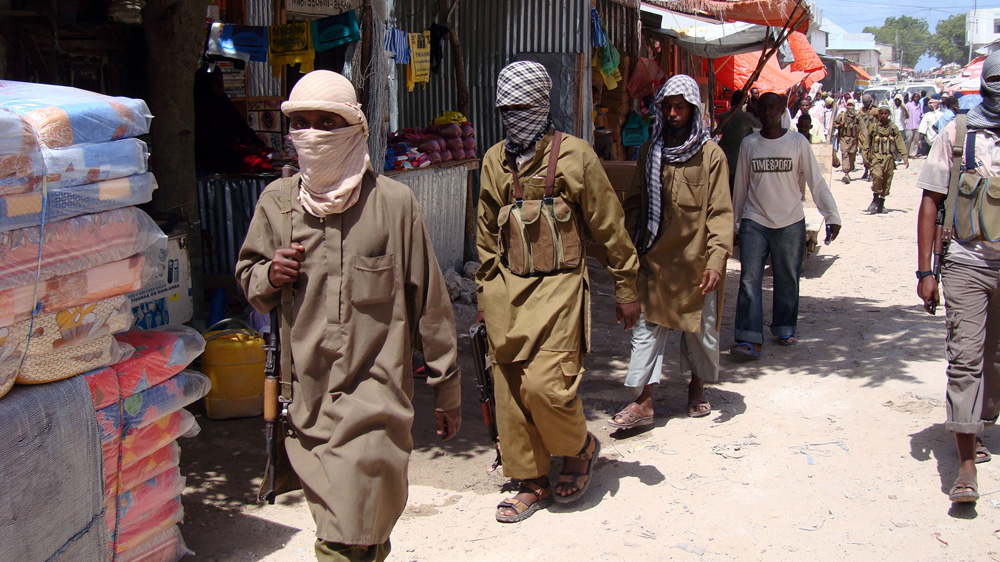 Al-Shabab says it launched a suicide attack on the Bariire base while simultaneously attacking the nearby Awdhigle base.

The bases, located 100km (60 miles) southwest of the capital Mogadishu, were struck by two explosions, witnesses said. A third explosion targeted a convoy of troops rushing to the bases from the capital after the attack.

There was no immediate official comment or details on casualties, but one army officer confirmed the attacks.

“We are on the way as reinforcement,” Ahmed Abdullahi told Reuters news agency by phone, adding the attacks occurred at the Bariire and Awdhigle bases.

Al-Shabab said it launched a vehicle-borne suicide-bomb attack on the Bariire base while simultaneously attacking the nearby Awdhigle base with a car bomb and fighters to prevent troops stationed there from reinforcing Bariire.

He confirmed a third vehicle-borne explosive device hit a convoy of government troops racing from Mogadishu with reinforcements.

Al-Shabab, which is linked to al-Qaeda, has launched attacks for years and levied tolls on trade in a campaign to introduce strict religious law.