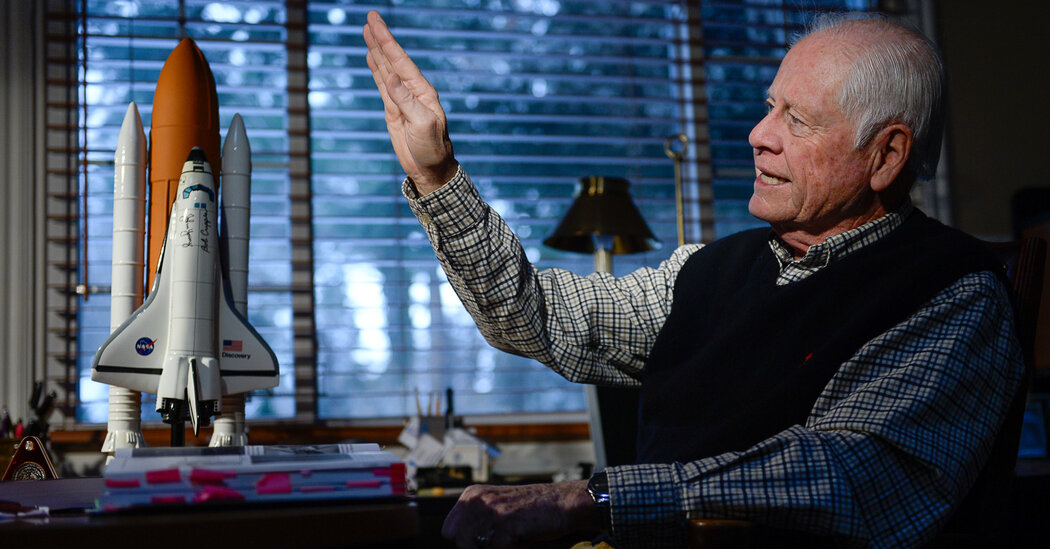 At that point Mr. McDonald, sitting in the back of the room, stood up. His hands shaking, he told the panel that Mr. Mulloy was not giving them the whole story; the engineers, he said, had been pressured and overruled.

Mr. Rogers immediately asked for the room to be emptied so that the commissioners could discuss Mr. McDonald’s revelation. As the audience cleared out, Ms. Ride came over and hugged Mr. McDonald. Both of them had tears in their eyes.

“It was the turning point of the commission,” Alton G. Keel, its executive director, said in an interview, adding that Mr. McDonald’s statement and subsequent public testimony had led Mr. Rogers to take a more focused, adversarial approach. The commission’s final report criticized both the design of the rockets and NASA’s decision to ignore the engineers’ concerns.

“Allan McDonald was a hero in our eyes,” Mr. Keel said in an interview.

Allan James McDonald was born on July 9, 1937, in Cody, Wyo., and grew up in Billings, Mont. His father, John, ran a grocery; his mother, Eva Marie (Gingras) McDonald, was a homemaker.

He graduated from Montana State University with a degree in chemical engineering and immediately went to work for what was then called Thiokol, helping to design the rocket systems for the Minuteman intercontinental ballistic missile. (The company became Morton Thiokol after it merged with Morton-Norwich, the maker of, among other things, Morton Salt.)

He later received a master’s degree in engineering administration from the University of Utah.

In 1962 he met Linda Rae Zuchetto at Sunday Mass; they married the next year. She survives him. In addition to her and Ms. McDonald Goggin, he is survived by two other daughters, Lisa Fischer and Lora McDonald; a son, Gregory; and nine grandchildren.