The dark skies over Ampthill have cleared by now. Goalposts have stopped swaying and bodies around this Bedfordshire town have had enough time to thaw since Storm Dennis rolled in, 15 months ago.

On Monday though, this Championship side are braced for the eye of another whirlwind. Saracens await – and the forecast doesn’t look too promising. 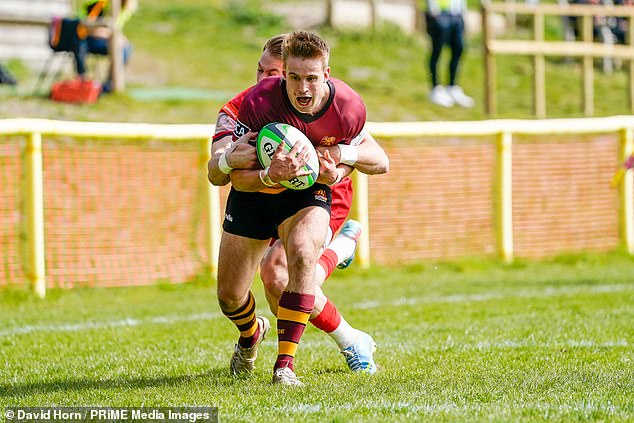 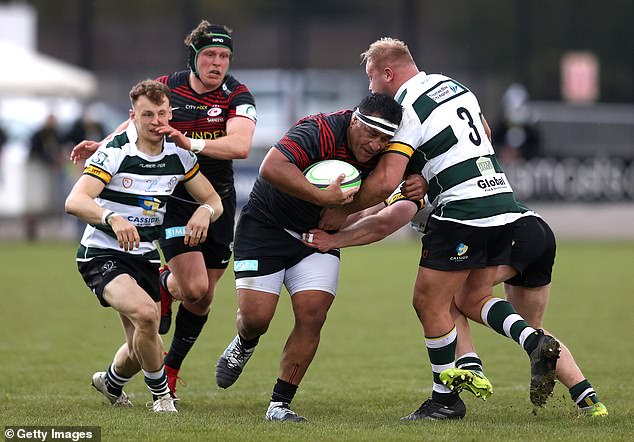 Fortunately, there is an ‘if’ – always is with this crew of prospects, part-time stalwarts and Tongan veterans who were in the seventh tier little more than a decade ago.

‘If we can just add a couple of little things that make them think twice,’ Lavery adds. ‘Then you’d hope we can be competitive.’

This date with Sarries has lingered on the horizon ever since Sportsmail first visited Ampthill’s Dillingham Park in February 2020.

The three-time European champions had just been relegated following our investigation into salary-cap breaches. And that day, 467 bravehearts traipsed towards the unsheltered pitch where Ampthill faced down the storm – and London Scottish.

On Monday, at long last, it’s Saracens and waiting at StoneX Stadium will be Owen Farrell, Maro Itoje, the Vunipola brothers and 2,000 spectators.

‘It’s the biggest game in the club’s history,’ Lavery says. ‘It’ll never happen again, and we’re all right with that.’ No wonder competition for places has never been more fierce. ‘When the fixture list came out, this was the first one we all looked to,’ back row Sam Hudson says.

Replacement lock Billy Johnson played with a teenage Itoje at Old Albanian and watched him rise – even after Itoje flew the nest. ‘We used to bump into him from time to time and he seemed to grow each time,’ Johnson says. ‘It’ll be nice to play against him, just to say hello.’

Even then, Itoje was physically dominant and weaknesses were hard to spot. ‘If there were,’ Johnson laughs, ‘he’s probably ironed those chinks out by now.’ The sole consolation? ‘He’s only human = just probably a bit more of a superhuman than most of us!’

In the back row, the task is similarly daunting for Hudson and Co.

When Sportsmail first floated the prospect of facing Billy Vunipola, the youngster joked: ‘I’m probably going to have to eat some more food!’ So how has he fared?

‘I definitely am eating a lot more,’ he laughs. ‘(But) he probably has for breakfast what I have all day.’ Hudson’s hopes of stunting England’s battering ram No 8 have hardly been helped by the closure of gyms for much of the past year. ‘Lots of burpees, lots of living room fitness sessions,’ he says.

‘I overpaid for some 20kg dumbbells from Amazon… I don’t want to say how much they were,’ he adds. ‘I think I got scammed.’ 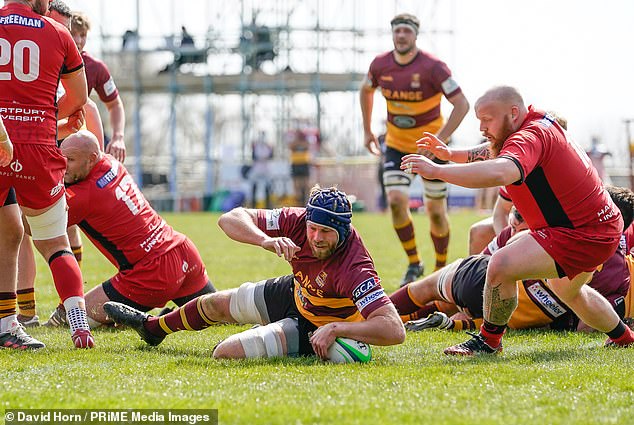 They’ll be worth every penny on Monday night. Particularly given Joe Bercis, voted the division’s best openside last season, won’t be alongside him.

Bercis has been with Ampthill since they were in the fourth tier but concussion, caused by a head-knock in training, will cost him this dream outing.

‘I’m really upset,’ he admits. ‘But if the boys put in a good shift, then it’ll make things better for me.’ A scan thankfully confirmed there is no bleed on his brain, dizziness, nausea, and headaches remain. Should restrictions allow, he will be on-hand to do his bit.

Not that Ampthill expect many surprises. For several years Sarries have sent youngsters to Dillingham Park to learn on the job.

Four of Sarries’ matchday squad have previously played for Ampthill – Elliott Obatoyinbo, Ali Crossdale , Ralph Adams-Hale and Sean Reffell. But on Monday that link will be broken for 80 minutes.

‘Five of our starting XV this year are young Saracens,’ Lavery says. ‘You can’t play against your own employer – even though a number of them were very keen to do so!’

The underdogs will also be without the familiar charm of their dingy dressing rooms, and the volunteers who glue the club together. Ampthill can’t even count on a helping hand from the elements.

‘All those advantages are gone,’ Lavery says. ‘If we go in and do the same things we do every week, we’ll get battered.’

Whatever happens, it’ll be back to the day job come Tuesday morning. Johnson is in groundwork, Bercis works many 17-hour days juggling rugby and roofing. Hudson will soon leave his finance job to pursue rugby full-time. 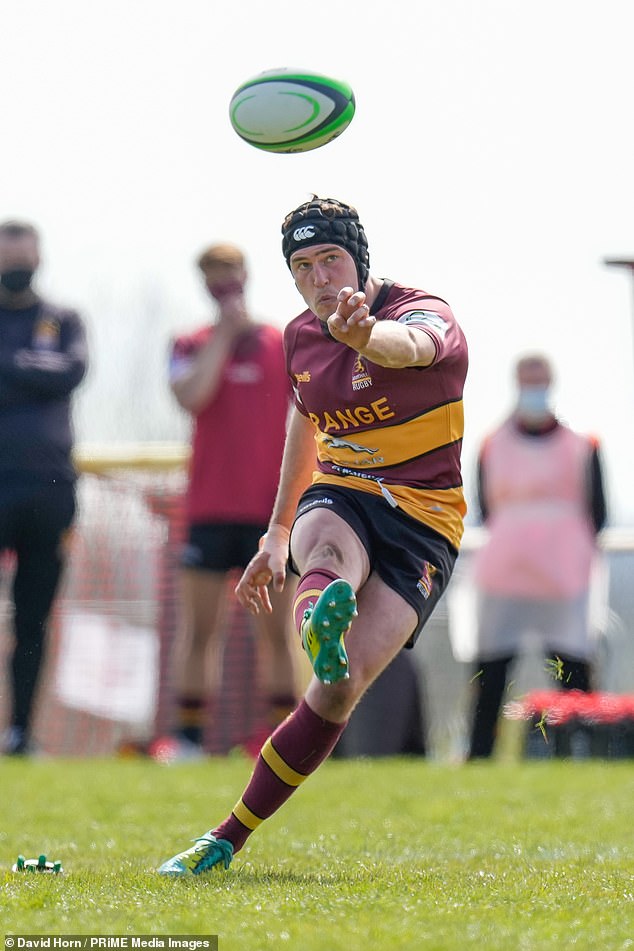 He won’t enjoy many better shop windows, not with the RFU live-streaming Monday’s game online.

But the pandemic has only widened the chasm between rugby’s haves and have nots. With no crowds and 75 per cent of funding cut, like many clubs, Ampthill were on their knees. Their Championship status was under threat.

‘We did a crowdfunding project to make sure we could pay for at least our Covid testing and Saracens’ fans made a £1,000 contribution,’ Lavery says. Donations totalled nearly £70,000; one local family alone gave £10,000.

‘There’s an argument to suggest it was among the darkest moments in our club’s history,’ Lavery adds. ‘But to have the reward of playing one of the best teams in Europe, at their stadium, in front of a crowd? Boy, oh boy, is it all worthwhile.’