Andy Murray said it felt like he was playing for his career after fighting back to beat Robin Haase at the ABN Amro World Tennis Tournament in Rotterdam.

Murray, who missed last month’s Australian Open after testing positive for coronavirus, was forced to dig deep to win his first-round match 2-6, 7-6 (2), 6-3 in just over two-and-a-half hours.

‘It’s not easy,’ said the 33-year-old Scot after his first tour-level win since August. ‘Every time I lose a match I’m getting told to retire, that I should stop playing, that I’m finished and got nothing left or whatever and it’s sad and all of these things. 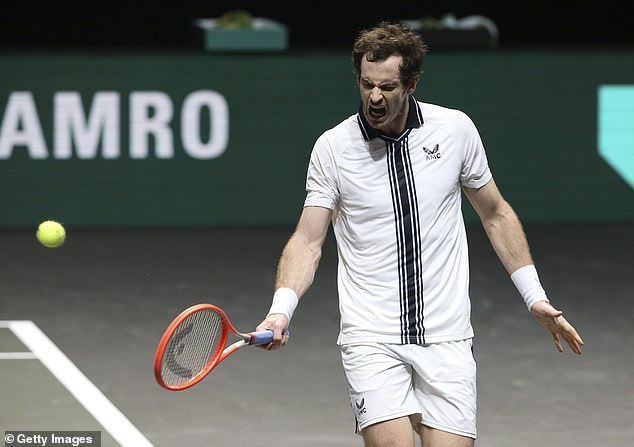 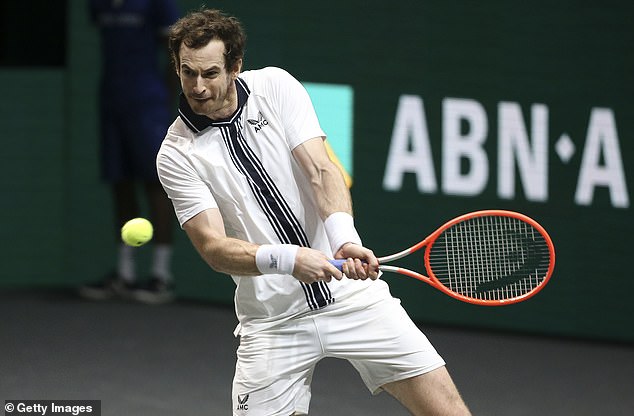 ‘It’s not easy. I feel like I’m playing for my career just now, each time I step on court, which is a motivation in some ways.

‘So it’s a big challenge for me just now and one that I’ll meet head on, but it’s not easy just now. The last few months have been a bit of a struggle.’

The former world No 1, now 123rd in the ATP rankings, was back on court after losing last week in his first ATP Tour match for four months.

He lost in straight sets to Belarus’ Egor Gerasimov at the Open Sud de France in Montpellier. 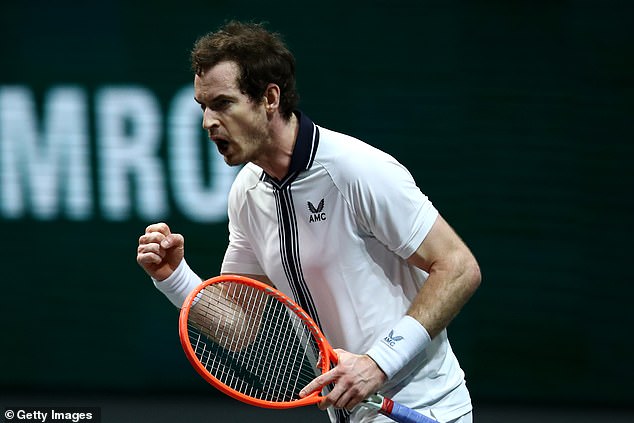 Murray celebrates after fighting back to defeat Haase, having lost the opening set 6-2

‘When I finished in Antwerp in 2019 I felt good physically and then the next time I got on the court I had an issue with my groin and it took ages for that to get better.

‘Physically I feel good right now, but you don’t know what’s round the corner and that’s the thing I’ve been more anxious and apprehensive about, more than my tennis.’

Murray lost the first set in Rotterdam in 34 minutes after being broken twice, but saved two break points in the seventh game of the second and held his nerve in the tie-break to level the match. 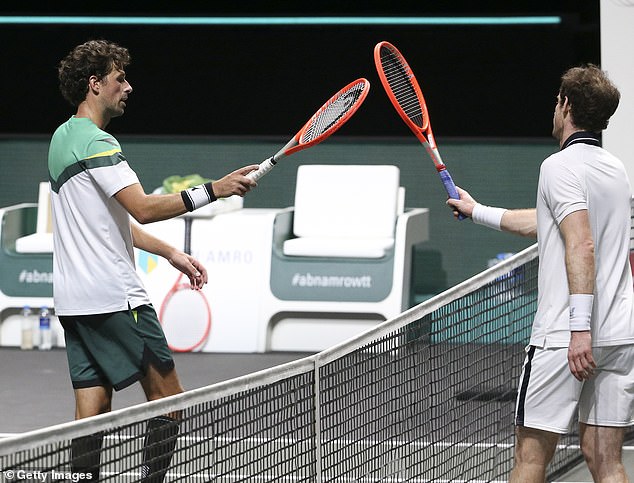 The Scot fell 3-0 behind after losing his opening service game in the decider, but came storming back against world No 193 Haase and reeled off the last six games to seal a memorable victory.

‘From the mental side yeah, I did well to win because I was really struggling with my game for probably about an hour and a half of that match,’ added Murray, who said he had recently deleted both his Twitter and Instagram accounts.

‘I haven’t really felt like that many times in my career, mis-timing the ball, I was…I don’t know. It was very strange. I didn’t quite know what to do out there.

‘When I did feel I was making the right decisions, I was just mis-timing the ball, it wasn’t coming off my racket like usual. 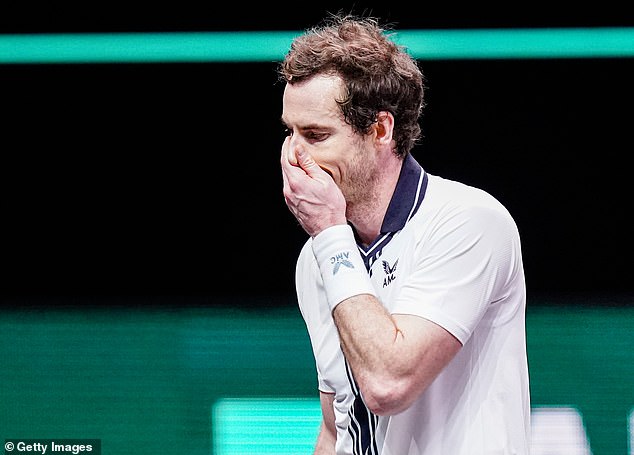 ‘I didn’t return well and then I found a way and actually at the end, I started to play a bit better – so the mental side and the physical side was positive.

‘I moved pretty well and played for two-and-a-half hours and my hips and groin and stuff felt good, so that was positive.

‘But from the tennis side, it was average at best.’

Murray will play either Russian fourth seed Andrey Rublev or American Marcos Giron in the second round.