Andy Murray‘s first match since early March ended in the narrowest of victories on Wednesday night when he and fellow Brit Liam Broady made the second round of the Italian Open doubles.

Making up a last-minute pairing as late alternatives in the draw, they defeated Australians Max Purcell and Luke Saville 5-7, 7-6, 10-6.

The two-time Wimbledon champion was earlier mentioned by French Open tournament director Guy Forget, who said he ‘deserved’ a wildcard into the Roland Garros draw but that a decision would be made next week. 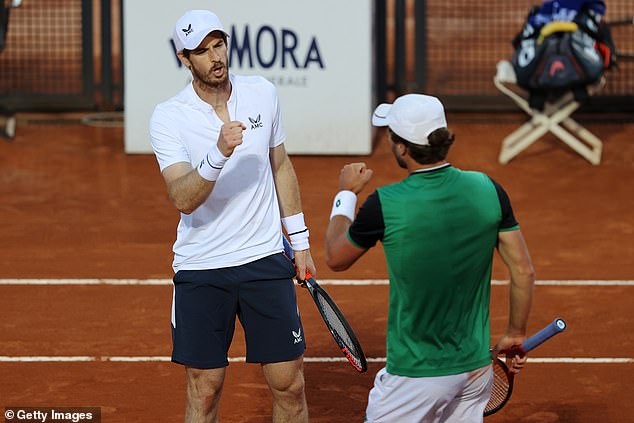 Murray , Dan Evans and Jamie Murray have all been confirmed as entrants for next month’s cinch Championships at Queen’s Club.

Andy Murray will play singles at Queen’s for the first time since 2018 and will hope for a first victory since he won his fifth title in 2016.