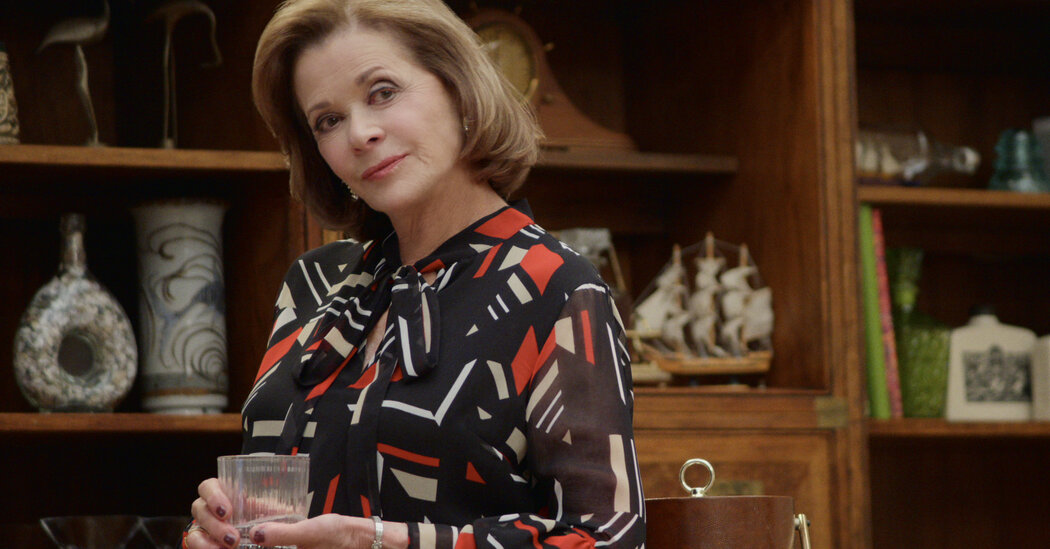 If you know the line, you can hear it in your head. It’s Lucille Bluth, the terrifying wealthy matriarch played by Jessica Walter in “Arrested Development,” reacting to what she perceives to be a possible veiled criticism.

It is also a reaction GIF — a snippet of soundless, captioned video — that has been shared countless times on social media to express contempt, dismissal and denial, borrowing the crisp assertiveness of the actress and the character.

On Thursday afternoon, this GIF, among other Lucille Bluth classics, began to flood my Twitter feed, to mourn and lament the news that Walter had died at age 80.

It was joined by other “Arrested Development” snippets and stills, the crisp put-downs and deadly underminings and blithe denials, all delivered as only Walter could. Lucille asking her son: “I mean it’s one banana, Michael, what could it cost? Ten dollars?” Or declaring, “I wanna cry so bad, but I don’t think I can spare the moisture.” Or delivering a deadly stare, or trying mightily and exaggeratedly to wink. Beyond a comment on the sad news, the bits were like little memories shared at a wake.

Walter, of course, had a career spanning decades. And you might think that remembering her life’s work through these brief quotes and gestures — sometimes not even entire lines, sometimes not lines at all — is reductive even if well-meaning, the minimizing of a screen icon into a meme icon.

In fact, it’s a tribute to exactly what made Jessica Walter so exceptional.

TV history is full of brilliant lines, memorable scenes and captivating characters. But few of them have been so GIF-able, have so dominated the visual language of social media, as Walter’s Lucille did late in her life.

For an image to work as a GIF — to instantly convey tone, context and intent — you must be able to hear it the instant you see it, even without sound. And that’s what Walter accomplished, episode after “Arrested Development” episode, by consistently delivering some of the greatest line readings in sitcom history.

That “banana” line, for instance. I’ve seen it repurposed countless times on Twitter to make a political comment or to illustrate some or other example of obliviousness or privilege. And sure, it’s funny enough on the page. But it’s that way Walter speaks it — as if she were the last reasonable human being on Earth — that forever marries it in your head with the idea of obliviousness.

That is what knowing a character means. And it’s what helped Walter make Lucille into something beyond a sarcastic cartoon holding a martini.

It’s also about expressions and gestures, the control of micro-musculature that, as practiced by an actor of Walter’s comic skills, is a miniature Olympic sport. Any actor can roll his or her eyes at you. When Jessica Walter did it, you stayed eye-rolled at.

Of course it helped that Mitch Hurwitz created a rich character in Lucille, who snipped away at her children’s self-esteem as if sculpting a topiary garden. And it helped that Walter got to throw herself into physical comedy bits like blowing smoke into the mouth of her overly attached son Buster (Tony Hale) to evade her building’s no-smoking rule.

But the genius of a comedy series plays out over episodes and seasons. To tell a story in a GIF is the work of performance. Every cutting, withering, gut-busting Lucille image that Walter left us with came from an actor who knew her character and her craft so well that she could speak an entire reality in two seconds.

We heard it. And we responded to it.