Dominic Thiem defied a feverish crowd and an all-out assault from Nick Kyrgios as Melbourne Park went wild in the hours before being shut down to spectators.

The Austrian bravely fought back against the mercurial talent of Kyrgios and a fiercely partisan crowd to win 4-6, 4-6, 6-3, 6-4, 6-4 and make the last 16 of the Australian Open.

A somewhat surreal occasion finished at 10.40pm, 50 minutes before a deadline that had been set for the venue to be cleared in line with government instructions. 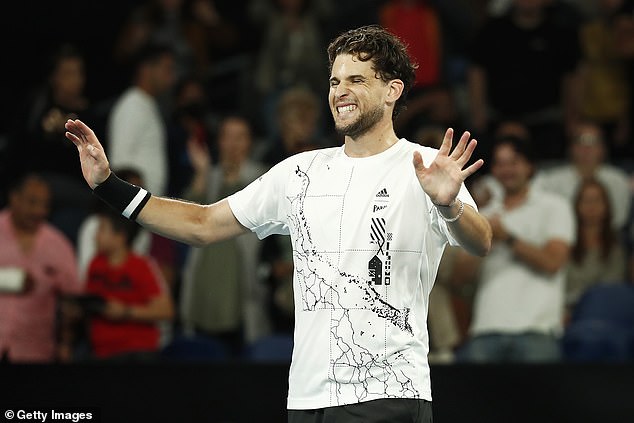 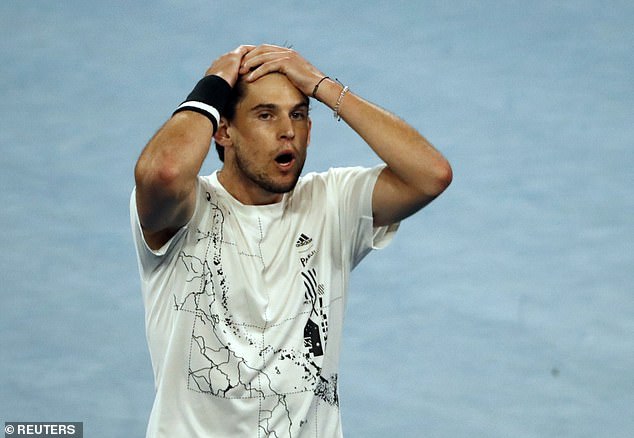 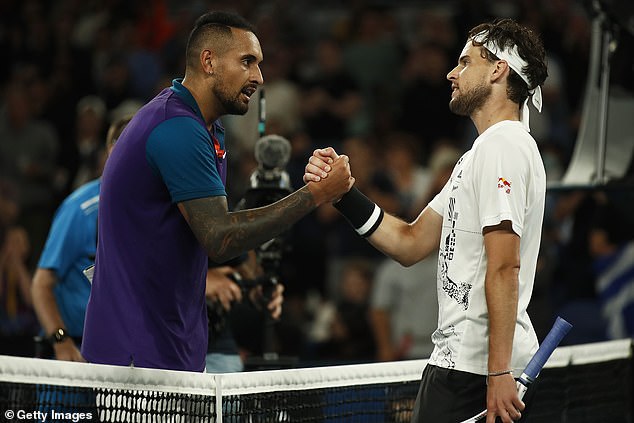 Thiem, an experienced and calm customer, was severely rattled early on by what might be the last partisan crowd seen at the tournament this year.

Earlier in the day it had been announced that the city would be going into a five-day lockdown due to increasing fears over a Covid outbreak spreading from an airport hotel. It means there will be no crowds at this trouble-plagued event until next Thursday at the earliest.

There was still time for a Davis Cup atmosphere to develop on the secondary John Cain Arena, which Kyrgios has specially requested he play on as it is his favourite court.

‘Against Nick on his favourite court in front of this crowd, there are easier things to do,’ said Thiem.

‘The longer the match got the more comfortable I felt. You never know what is coming with him. I was dealing with the loss already but since the US Open (which he also won from two sets down) I know impossible is nothing.’

Kyrgios broke right at the start and held on to take the first set. Amid a cacophony he broke at 4-4 in the second and served that set out with underarm ace that took advantage of the Austrian’s insistence on standing so far back to receive. 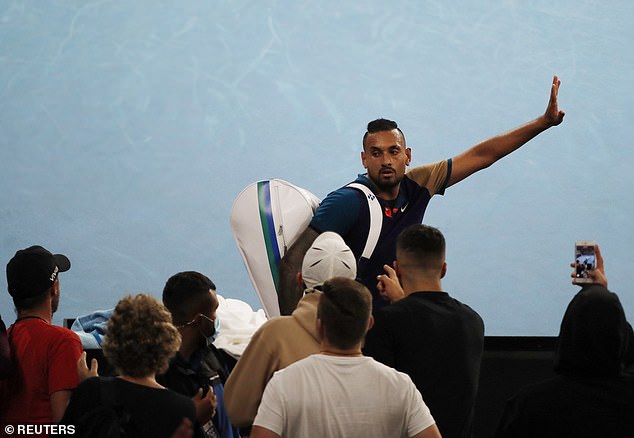 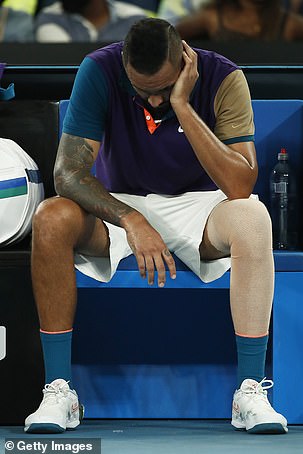 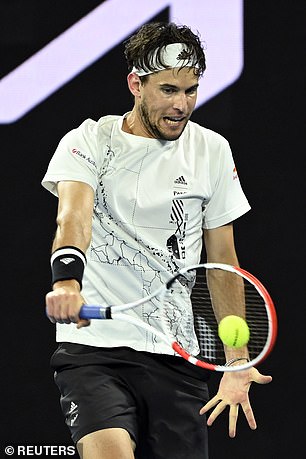 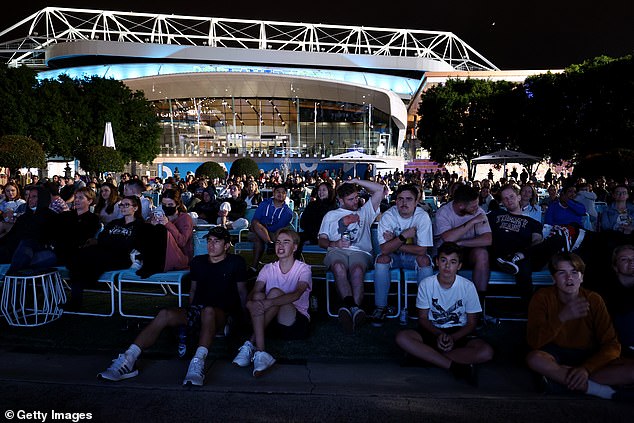 He was threatening to romp home when having two break points at the start of the third but Thiem served his way out of them and became gradually more composed, making his opponent work harder for each point and thereafter looking far more solid on serve.

The Australian hurled his racket away in disgust after losing the set, having complained to umpire Damien Dumusois, somewhat cheekily, that he was failing to control the crowd.

Kyrgios was now struggling to contain his opponent’s power, and as the clock ticked towards the curfew he imploded with a crazy attempted tweener.

Having saved two break points at 4-4 and serving at advantage the Australian attempted a between the legs half volley when advancing forward and made a complete mess of it. He went on to lose the game and was suddenly staring at a decider against one of the sport’s most durable players.

He was then given a point penalty for angrily firing a ball out of the stadium.

Kyrgios was docked another point for shouting out during a point early in the fifth and held on, but was broken at 3-3. Thiem admirably stormed home from there, enormously to his credit. 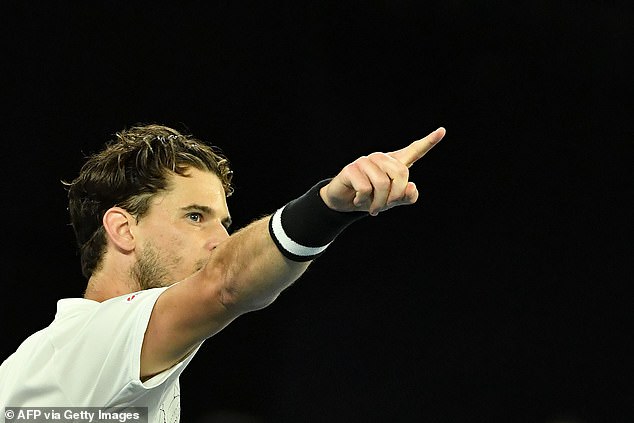 Thiem, an experienced and calm customer, was severely rattled early on but came through