The finals of the Australian Open are almost upon us as Novak Djokovic takes on Daniil Medvedev in a thrilling encounter in the famous Rod Laver Arena on Sunday.

The match-up will follow another intriguing affair as Naomi Osaka looks to secure back-to-back Australian Open titles on Saturday.

Djokovic has endured a difficult journey to the final, in which he has overcome an abdominal injury, while showing his usual immense heart and talent to prevail in a number of close contents.

No player in history has more Australian Open titles to their name than Djokovic, who is searching for a record-extending ninth Slam in Melbourne on Sunday.

He comes up against a fierce opponent in Daniil Medvedev, who emphatically strolled past the difficult challenge of Stefanos Tsitsipas in Friday’s semi-final.

Medvedev has never won a Grand Slam title, and has just the once been in a major final, which came in 2019 as he lost to Dominic Thiem at the US Open.

Djokovic will therefore come in as the overwhelming favourite, but you cannot rule out an in-form Medvedev, who has now won 20-straight matches and claimed the Paris Indoors Masters and ATP finals last November and the ATP Cup earlier in February.

With the impending action quickly approaching, Sportsmail takes you through everything you need to know. 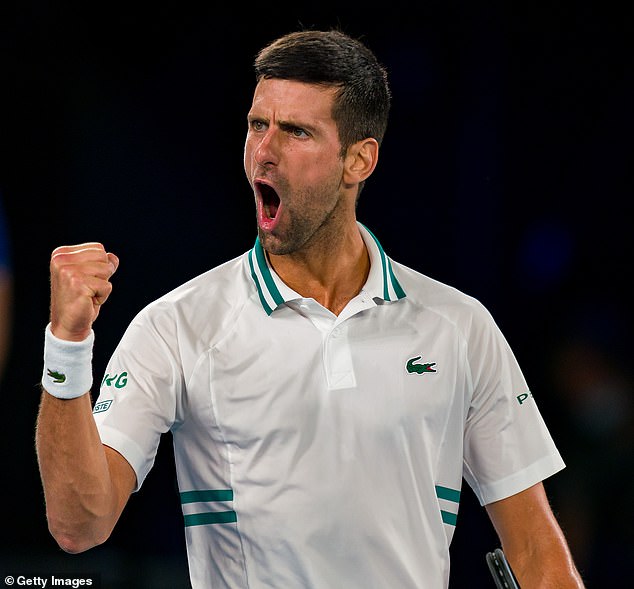 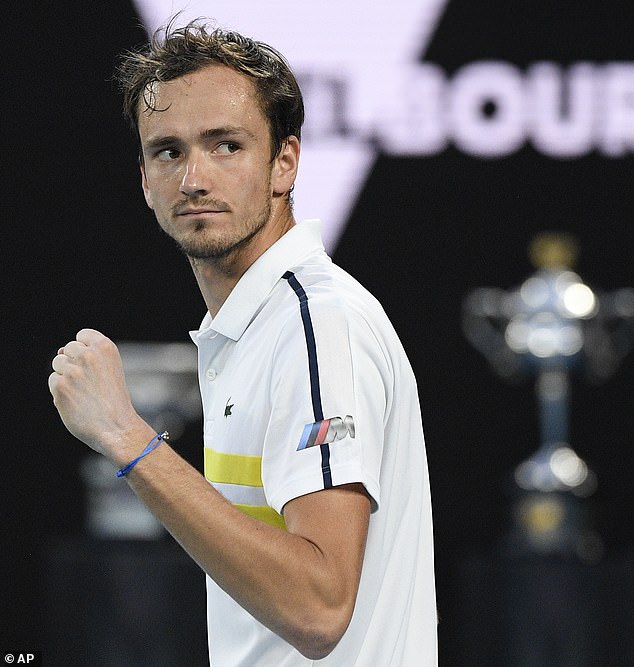 Australian Open final: When is it taking place?

The Australian Open men’s final will take place on Sunday 21 and will start at around 8.30am GMT.

Of course, we would normally see the Australian Open finals completed in January, but the tournament was pushed back by three weeks due to complications regarding the coronavirus pandemic.

The match will be held inside the famous Rod Laver Arena in Melbourne and will be played in front of the fans, albeit with a reduced capacity of 7,477 as a maximum.

Australian Open final: How to watch the final

The Australian Open final will be broadcast live on Eurosport, with the action also available to stream on their Eurosport Player.

If you’re not a Eurosport customer, you can buy an annual or monthly pass here, where an annual pass costs £4.99 per month.

You can also watch Eurosport via Amazon Prime, which costs £6.99 per month. However, you can get a seven-day free trial and watch the final without paying.

The BBC will also be showing a highlights package after the match.

Australian Open: Routes to the final

Starting with the reigning champion, Novak Djokovic has not had the easiest journey to the final, with his tournament significantly blighted by injury.

The world No1 endured an immense struggle in his third round match against Taylor Fritz, where after winning the first two sets, he was badly hampered by injury and was facing the exit.

Djokovic was visibly hobbling around the court and needed medical treatment on an abdominal injury that vastly impaired his movement.

The all-time great somehow managed to get through the match, and though initially stating he wasn’t sure if he would make his fourth round tie against Milos Raonic, Djokovic won the match largely without trouble.

His next match against Alexander Zverev was also no breeze, with the effects of his abdominal injury showing once more.

He prevailed in four sets, however, before a more routine semi-final against surprise contender 114th-ranked Aslan Karatsev.

As for Medvedev, the Russian fourth seed has had one major scare in an otherwise phenomenally comfortable tournament.

The 25-year-old waltzed past his first two opponents, both of whom were unseeded, dropping just 16 games in nine sets.

It was in the third round where Medvedev faced his first real test in a highly entertaining five-set clash with 28th seed Filip Krajinovic.

Medvedev comfortably took the first two sets, but in the following two he was greeted by a more aggressive Krajinovic, who forced the tie into a deciding set.

It was the Russian who took the deciding set 6-0, ending a frustrating record of losing all previous five fifth sets. However, he did it without his coach Gilles Cervara, who stormed out after being repeatedly yelled at by Medvedev in the fourth set.

There was no such drama in Medvedev’s fourth round or quarter-final, the latter in which he demolished compatriot Andrey Rublev.

The semi-final was also less of a struggle for Medvedev, who brushed aside Stefanos Tsitsipas in straight-sets. 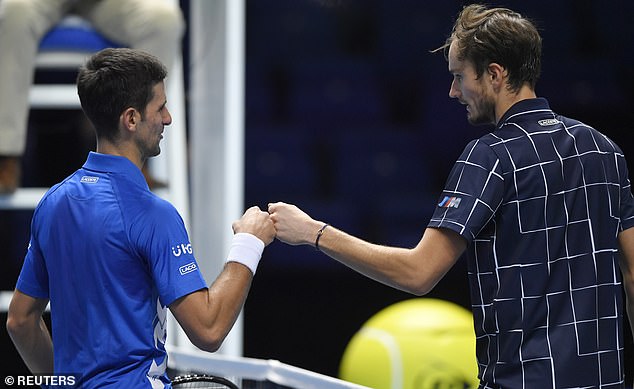 The pair have met on seven occasions, and unsurprisingly it’s Djokovic has marginally got the better of the two.

The world No1 has won four of their seven meetings, with Medvedev picking up the remaining three.

They have met just the once in Grand Slam competition, in fact coming at the Australian Open in 2019, when Djokovic beat Medvedev in four sets to progress to the quarter-finals.

It was Medvedev who took the win in their most recent encounter, however, as the Russian booked his place in the semi-finals of the Nitto ATP Finals in London with a straight-sets win.

The pair have vastly differing levels of experience and success, but Medvedev is certainly on the up and this will certainly be an even contest.

As prefaced above, it’s Djokovic who is the favourite to claim yet another Grand Slam title.

Particularly after overcoming the toughest of tournaments, it will take an almighty effort from Medvedev to stop a fierce Djokovic who is searching for his third successive Australian Open title.

As such, Djokovic comes in as the 8/9 favourite to win the tournament, while Medvedev is the underdog at 11/9 (according to OddsChecker at the time of publication).

The prize money is equal in both the men’s and women’s final, but in each case the sum is significantly lower than last year.

With the emergence of the coronavirus pandemic enforcing a reduced capacity crowd, the winners will receive £1.1million.

This is down by 31 per cent from last year, in which the winners received £2.2million.