Day six of the Australian Open saw the circuit-breaker lockdown kick in with fans kept away from Melbourne Park to try and stop the spread of coronavirus.

Nick Kyrgios returned to court to win his firs-round doubles match with partner Thanasi Kokkinakis, a day after being knocked out of the men’s singles following his his thrilling third-round match with Dominic Thiem.

Melbourne Park without fans is a sobering experience. On the middle Saturday of last year’s Open, 93,000 people thronged across its vast expanse of courts and entertainments and the financial loss will be extraordinary.

Today, TV crews roamed the concrete walkways seemingly in search of anyone to interview. Super coach Patrick Mouratoglou – who really is everywhere this AO – spoke to the cameras but that was it. There were clutches of police officers but this was an oasis of quiet, every smack of a ball resounding across several courts courts.

Oddly, the trams that drop off the hordes mere yards from the main entrance were still running but no-one was getting off.

Bag checkers were absent too and every food and drink concession was firmly shut. Even the ubiquitous youngsters handing out free sun lotion were nowhere to be seen. And there are four more days to do after today. It will be a long road. 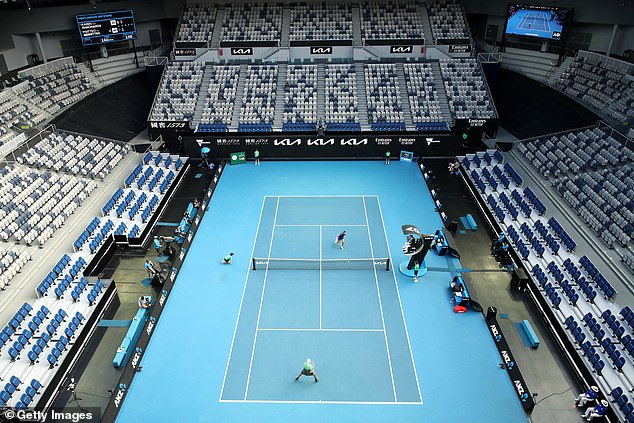 After losing the first set, Pliskova – who had earlier been warned for slamming her racquet onto the floor – took a toilet break where she was spotted breaking a second racquet and was docked a point by British umpire Alison Hughes. The penalty took the Czech by surprise.

‘I can do what I want off court,’ she exclaimed. ‘Yes, but you’re still not allowed to do it,’ said Hughes.

The lack of a crowd was most pointed when Muchova clinched her match point with no shouts of celebration from the stands to signify she was into the fourth round. Her masked entourage clapped politely, an anti climax matched only when she waved to an empty house after the obligatory on court chat. A shame, she played very well. 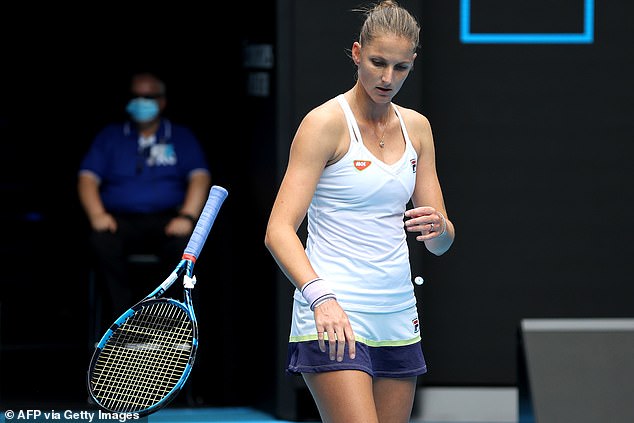 MEDVEDEV SURVIVES DESPITE CLASH WITH COACH

Fourth seed Daniil Medvedev made hard work of his afternoon on RLA against Serbia’s Filip Krajinovic. Two sets up, the Russian lost his way against Krajinovic in the third round clash to such a degree that his exasperated coach Gilles Cervara upped and left the stadium after Medvedev gave him a serious tongue lashing in French from the court.

It is not the first time that Cervara has had a public spat with the Russian, after a tournament in Marseilles 12 months ago Medvedev reflected that ‘even if my entire box had left I would have said OK.’ Fittingly, the original super brat, John McEnroe had earlier declared the multi talented Medvedev to be his favourite player to watch on the tour right now.

Medvedev won in five sets and will be eyeing a potential quarter-final with fellow Russian Andrey Rublev if he gets past the 192-ranked Mackenzie McDonald. 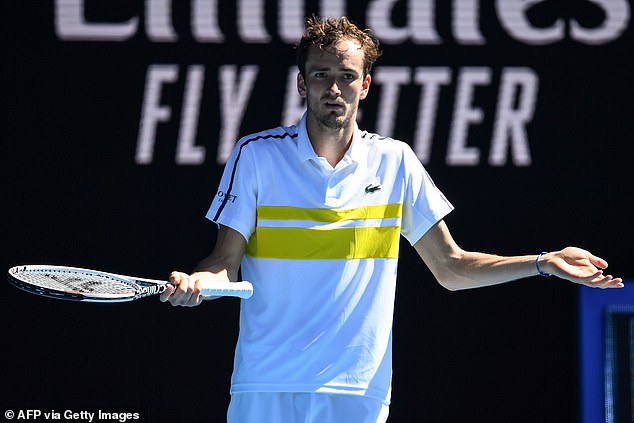 Daniil Medvedev survived despite clashing with coach Gilles Cervara, who left after their spat

KYRGIOS PROGRESSES IN THE DOUBLES

Friday night at Melbourne Park was all about Nick Kyrgios and his hi-octane encounter with Dominic Thiem that summoned an atmosphere verging on the feral. Today’s delayed match for Kyrgios could not be more different.

There had been a posse of 30 beer drinking, singing Greek supporters ready to welcome him on court  on Thursday before rain knocked out his doubles match with good mate Thanasi Kokkinakis.

And when they finally made their first round bow at 5.40pm local time, it was to an entirely empty court three. Kyrgios though was as buoyant as ever against Lloyd Harris and his partner, the 46-year veteran Julian Knowle.

Despite the no fans policy, Kyrgios proved a draw with about 30 officials and players turning out. The late start of today’s match was down in part to the Liverpudlian pair of Ken and Neal Skupski who went down in their doubles match in three sets on the same court.

The Australian and his Greek partner went on to progress to the second round with a 6-2 6-4 victory. 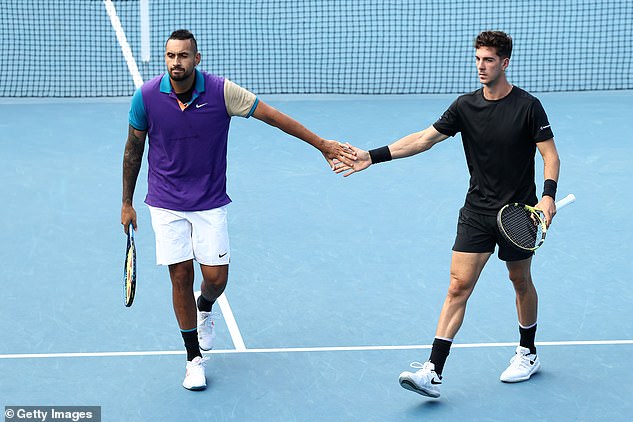 NORRIE TO BE TESTED TO HIS LIMITS BY NADAL

Gone were the police escorts and security guards for Rafael Nadal for his late afternoon practice on court 11 before taking on the last remaining Brit in the singles draw, Cameron Norrie.

A couple of journalists dropped by to check out Majorca’s finest but he will have appreciated the respite from public clamour. Never less than full throttle in anything he does, the Spaniard looked at his most imperious, blitzing steadily for 40 minutes and thanking all attendants as he left.

And waiting for Rafa to depart was Norrie himself, armed with an entourage of just two people compared to Rafa’s six.

It will not have comforted the British No 3 Norrie at all should he have sneaked a glimpse before their RLA match scheduled for about 10am UK time. Nadal is yet to drop a set this tournament and Norrie will be tested to his limits. 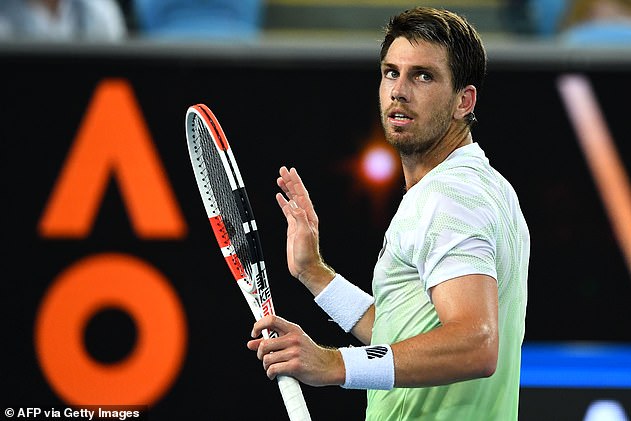