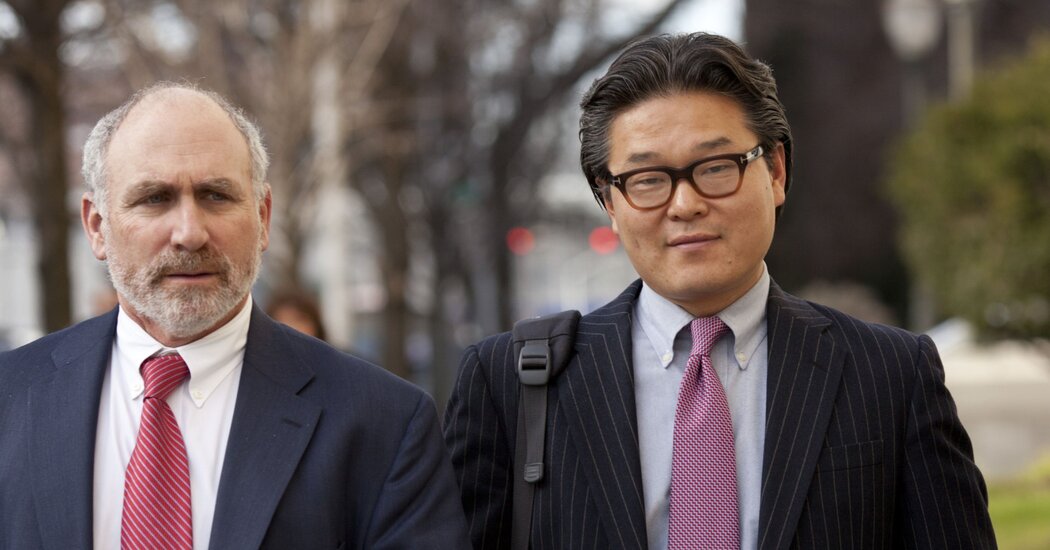 Mr. Hwang entered a guilty plea to wire fraud on behalf of Tiger Asia and paid millions of dollars in fines while also accepting a five-year ban on managing public money as a result of the settlement with the S.E.C. He reorganized the firm as a family office, meaning it was no longer managing outside money, and renamed it Archegos Capital Management; archegos is a Greek word meaning leader or founding father, and is used in the Bible to refer to Jesus.

“It’s not all about money, but it’s about long term,” Mr. Hwang said in a 2018 video in which he discussed his faith and work. “God certainly has a long-term view.”

According to four people familiar with the matter, Mr. Hwang had recently built large holdings in a small number of stocks, including ViacomCBS and Discovery, which also operates the cable channels TLC and the Food Network, and the Chinese companies RLX Technology and GSX Techedu. Those bets unraveled spectacularly in just a few days last week.

Last Monday, shares of RLX Technology, an e-cigarette company, tumbled sharply after Chinese regulators presented potential new regulations on the industry. RLX securities listed in the United States, called American depositary receipts, tumbled 48 percent. The next day, GSX Techedu, a tutoring company that has been a target of short sellers in recent years who claimed the firm’s sales numbers were overstated, fell 12.4 percent.

On Wednesday, ViacomCBS sold a batch of shares on the open market to raise money to finance its new streaming businesses, exacerbating Mr. Hwang’s situation. His firm began fielding queries from worried banks. Lenders at Goldman Sachs urged Archegos to pare its exposure, said two people familiar with those conversations. But Archegos pushed back, saying the battered stocks would recover, one of the people said.

By Friday morning, when Archegos was unable to post additional “margin,” Morgan Stanley and Credit Suisse, two of Archegos’s main lenders, had declared the fund to be in default, four people briefed on the matter said. Their action paved the way for Goldman Sachs and others to do the same. Soon, huge blocks of stocks were on offer.

Wall Street was still grappling with the fallout on Monday, but many analysts thought the worst of the danger had passed. Randy Watts, chief investment officer for O’Neil Global Advisors, a financial advisory firm, called the Archegos affair a “short-term event.”

“It is not in any way reflective of any kind of systemic issue or instability,” he said.