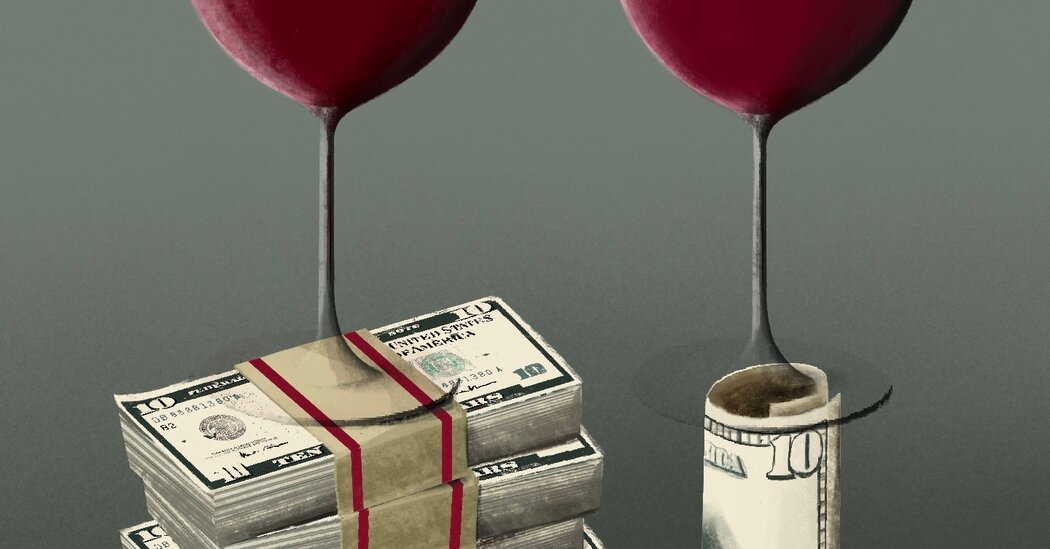 For the prices, these were all decent wines, straightforward and unpretentious, made without artifice. The producers made no effort to dress them up with flavorings like oak chips, intended to convey the veneer of more expensive wines that had been aged in barrels of new oak.

Nor were they sweet, another tactic for covering up the shortcomings of poorly made wines. Remember the Apothic Red we tried in our exploration of supermarket wines in 2019?

La Vieille Ferme has long been an inexpensive brand offered by the Perrin family, owners of Château de Beaucastel, a renowned Châteauneuf-du-Pape estate, among other properties. This was made of a typical Mediterranean blend, grenache, cinsault, carignan and syrah, mostly but not entirely from the Ventoux area in southern France, hence the Vin de France notation on the label. Roughly 2.5 million bottles are made annually.

It was juicy, dry and well-balanced, with peppery flavors of red and black fruits.

It was fuller and richer than the Vieille Ferme and discernibly cabernet sauvignon, with soft flavors of spicy fruit and herbs.

Of the three wines, I thought the Masciarelli had the most personality. It was made entirely of the montepulciano grape, with sweet-bitter aromas and flavors of juicy red fruits and flowers. About a half million bottles are made each year, and the owners make wines from only the Abruzzo region of Italy.

These are all simple wines, and nothing is wrong with simplicity. We sometimes get caught up in the idea that complexity is always better. Complexity may often be interesting, but when the occasion is simple — a weeknight pizza or burgers — sometimes you want a simple wine.