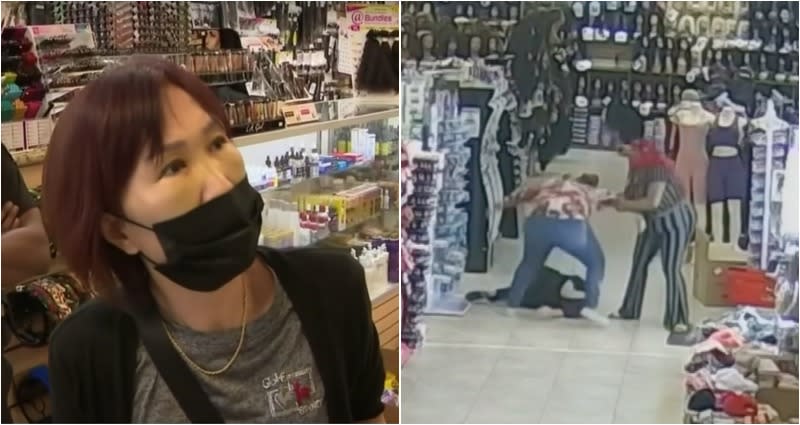 A beauty store owner was attacked inside her own store by two women in Harris County, Texas on March 17.Jung Kim, who is of Korean descent, asked the five women who knocked over the store’s wig displays to leave the premises. However, two of them doubled back and caused further destruction.Surveillance footage caught the moment one of the women attacked the 59-year-old, punching her at least eight times while shouting racial insults.

Kim was left bloodied with multiple bruises and a broken nose that she said will require surgery. Her son, Sun Jung Lee, was also scratched across his face during the incident as he fought off the attackers.Footage from the parking lot shows the assailants nearly running over Lee and his father with their car before driving off. Lee said to KPRC that his mother remembers the attackers shouting, “You little Asian girl.” “They started saying something like some racial words like, ‘Asian people shouldn’t be in the Black market,’” he added. Both suspects, identified as Keaundra Young and Daquiesha Williams, were arrested for the attacks. Young was charged with aggravated assault while Williams was charged with assault. Lee explained that the family never had any trouble before this incident and beauty store regulars are stunned as well. “All of my customers are nice to us. We are nice to them,” Lee said. “We have a good environment here and a good experience here.” The incident occurred just one day after the shooting in Atlanta and follows the surge of anti-Asian violence all across the country since the rise of the COVID-19 pandemic. Feature Image Screenshots via KPRC 2 Click2Houston