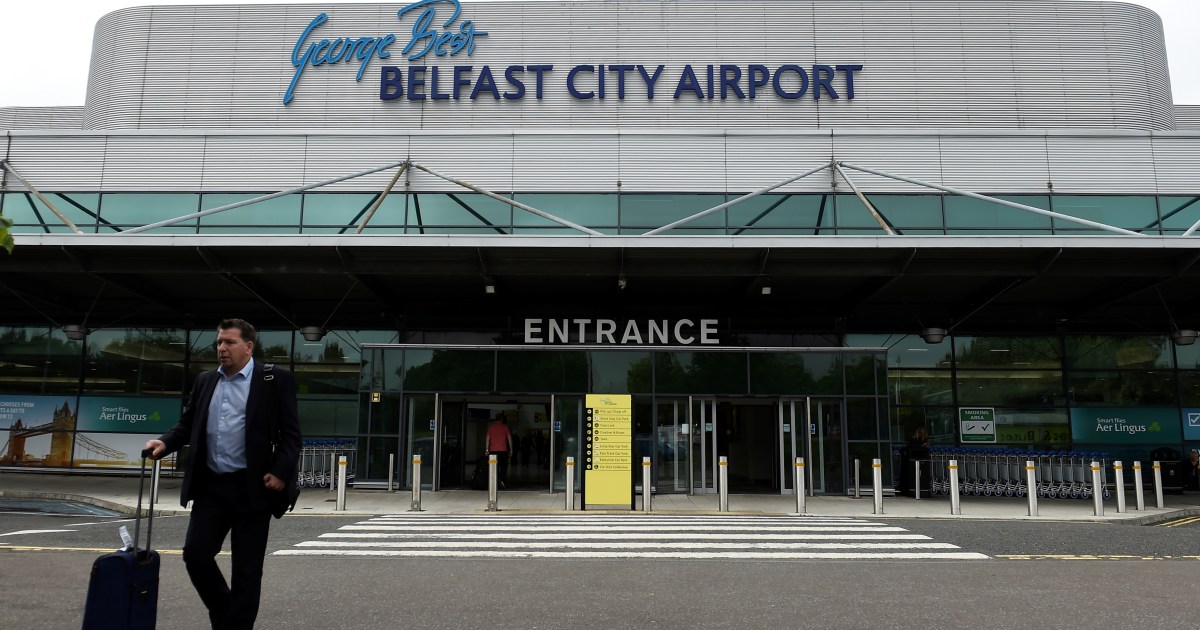 Belfast, United Kingdom – The high rate and pattern of immigration enforcement operations in Northern Ireland’s capital, revealed following the release of new data obtained by Al Jazeera, have raised concerns related to possible racial profiling and the effect of Brexit.

Data from the Home Office, following a Freedom of Information request, covering almost 10 years shows that Belfast had a higher rate of Immigration Enforcement checks when compared with 11 top UK cities, including London, Birmingham, and Glasgow.

The top five nationalities stopped in Belfast were Romanian, Nigerian, Chinese, Pakistani, and British, together counting for more than 40 percent of all stops.

While British people cannot be immigration offenders given Northern Ireland is within the United Kingdom, they can be stopped as part of efforts to crack down on criminal suspects.

The average overall rate of arrest was 32 percent, a level some said casts doubt on official claims that such operations are intelligence-led.

Claire Hanna of the Social Democratic and Labour Party (SDLP) said there was “at least a perception of racial profiling, rather than intelligence, driving a high proportion of immigration checks”.

Speaking to Al Jazeera, she said: “This is likely to get worse when the UK start to roll out their tighter immigration frameworks.

“The quantity, and low success rate, of immigration checks needs to be accounted for.”

The South Belfast MP said the approach of the UK’s Home Office was “out of step with the needs of the economy on the island of Ireland, and of our more outward-looking approach to immigration”.

Immigration Enforcement is part of the London-based Home Office, whose responsibilities include preventing people from entering the UK without documentation and overstaying.

The high rate of checks is notable because of Belfast’s comparatively small immigrant population.

A spokesperson for the Home Office told Al Jazeera that Immigration Enforcement operations in Northern Ireland “play a critical role in detecting and deterring immigration abuse” of the Common Travel Area between Ireland and the UK.

Immigration Enforcement operations include checks at ports and airports, mostly in Belfast, on domestic journeys across the Irish Sea to Britain.

Ireland and the UK maintain a common travel area, and UK immigration legislation rules out “routine” passport checks on passengers travelling from Ireland to the UK, according to experts.

The high rate of checks, and the justification for them, means that the Home Office has “admitted creating a border in the Irish Sea by targeting journeys from Northern Ireland to Britain for passport checks”, Úna Boyd, an immigration project coordinator with the Committee for the Administration of Justice (CAJ) in Belfast, told Al Jazeera.

“The information provided and testimony about these checks indicate that they are not ‘intelligence led investigations’, but rather are selective passport checks without any clear legal basis – often targeted against passengers on the basis of racial discrimination,” Boyd added.

Northern Ireland’s borders have been the subject of intense debate since the UK voted in favour of Brexit four years ago, in particular the need to keep the land border open with the Republic of Ireland.

As part of these negotiations, checks on goods between the rest of the UK and Northern Ireland were introduced in January, something that has been blamed for causing the recent unrest in Northern Ireland.

While the focus to date has largely been on Brexit’s impact on the movement of goods across the Irish Sea, “these figures show that the movement of people should also be an area of concern”, Boyd said.

There have been questions about what post-Brexit measures the UK will take to control immigration along its only border with the European Union state.

However, these figures show there has already been a high level of checks for some time.

Katy Hayward, an expert on Brexit from Queen’s University Belfast, told Al Jazeera that the figures come at “a time of major change for the conditions of movement across the UK’s borders”.

“If the UK’s promise of having no immigration checks on the Irish border necessarily means more checks and surveillance of people living, working and travelling within the United Kingdom, this needs to be handled with care – particularly in Northern Ireland.”

Immigration Enforcement operations resulted in 11,247 people being checked in Belfast from January 2012 to September 2020.

This rate is more than three times higher than in London over the same period when the population is taken into account. The rate of checks in Belfast was almost 36 people per 10,000 and fewer than 12 per 10,000, in London.

The rate of arrests per stops also changed over the time period.

The average was 32 percent, although many years it was below 25 percent. However, in the two years with some of the lowest stops, the arrest rate was 80-85 percent. This dropped again in 2019, to about 34 percent.

The period covered saw several changes and challenges to the UK immigration policy, including the introduction of new “hostile environment” policies in 2012 and 2014, as well as the scaling back of some operations following the backlash from the Windrush scandal revelations in 2018.

When asked about the fluctuations in the number of stops and changing arrest rates, a spokesperson for the Home Office said: “There has been no policy change during the period outlined and all our operational activity is intelligence-led.”

The government of British Prime Minister Boris Johnson has been “doubling down on the unjust and institutionally racist hostile environment policies”, he added.

“The Common Travel Area upholds the rights of citizens on these islands, and must not be used as an excuse to discriminate against people in Northern Ireland.”