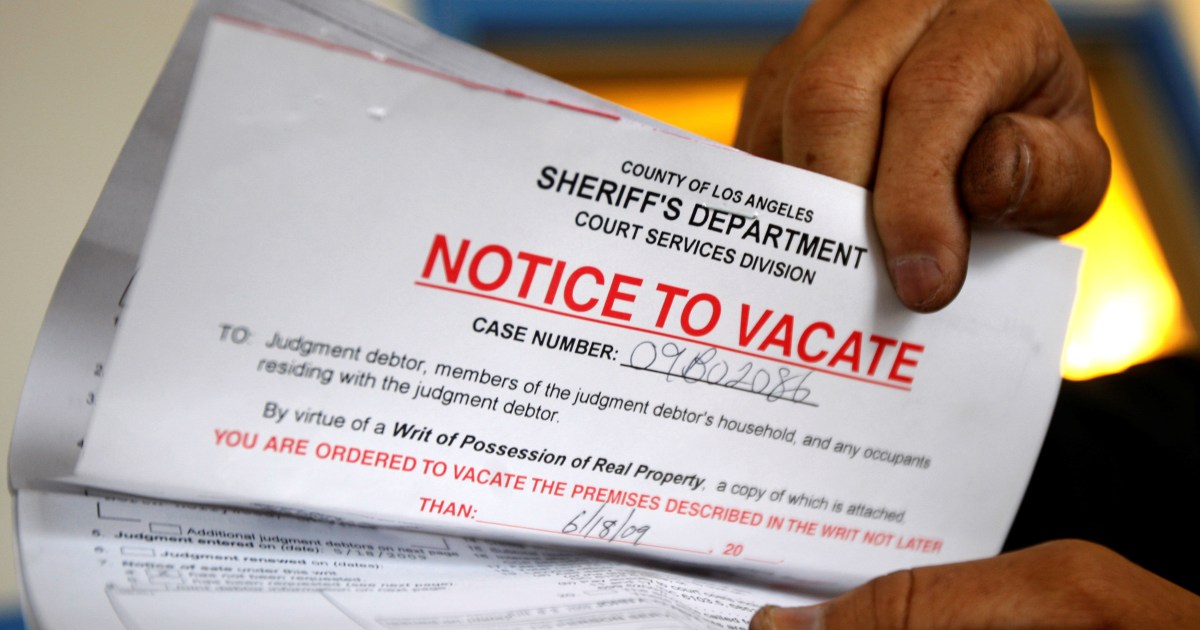 The administration of United States President Joe Biden announced the allocation of $21.6bn in emergency rental assistance to help prevent evictions of people who lost jobs during the pandemic.

The administration also announced changes on Friday in the rental assistance programme aimed at addressing criticism that the emergency support has not reached many who need the help.

This latest round of aid for renters was included in the $1.9 trillion relief package Biden pushed through Congress in March. It followed $25bn in emergency rental assistance in the $900bn COVID-19 relief bill passed by Congress in December.

Administration officials said the additional support was urgently needed because nearly seven million Americans reported being behind in their rent payments in late April. More than 40 percent of those renters worry that they could be evicted over the next two months.

Among the changes announced by the administration on Friday, government agencies implementing the rental relief programme will be required to offer assistance directly to renters if landlords choose not to participate.

Also, the waiting time for delivering the assistance to renters has been cut in half if landlords decide not to participate in the programme.

Gene Sperling, the White House coordinator of the American Rescue Plan, said that the administration’s goal was to get rental assistance to people who need it as quickly as possible.

“We need to make sure that as we implement these emergency funds that we are nimble enough to address growing needs,” Sperling told reporters at a briefing. “Basic housing security is fundamental to the dignity of all Americans.”

A federal judge in Washington on Wednesday struck down the nationwide moratorium on evictions that had been imposed by the Trump administration last year and extended by Biden until June 30.

Administration officials at the briefing noted that the Justice Department has already filed an appeal of that decision and been granted a 10-day stay of the ruling. The administration is seeking to extend that stay until a federal appeals court can rule on the matter.