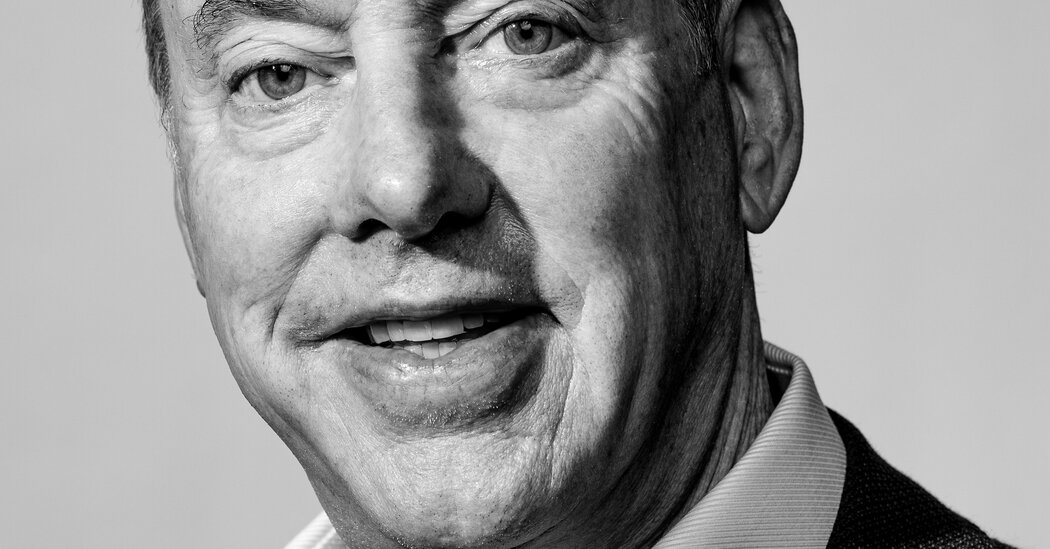 With the coronavirus rapidly disrupting American life in mid-March and organized labor pressuring carmakers to ensure worker safety, Bill Ford reached out to the competition.

Mr. Ford, the chairman of the Ford Motor Company, brokered a conference call with the leaders of General Motors, Fiat Chrysler, the United Auto Workers and key Michigan politicians. The result was an unprecedented decision: The Big Three automakers temporarily suspended production throughout North America.

Cars and trucks have been rolling off the assembly line again for months now, but Mr. Ford, the great-grandson of Henry Ford, still faces myriad challenges. The pandemic has forced Ford and other manufacturers to revamp production processes to promote social distancing. Tesla has made electric cars mainstream, leaving Ford and other legacy carmakers scrambling to stay relevant. And this year, Ford was the lone American automaker to defy President Trump and commit to adhering to California’s stringent fuel efficiency standards.

Mr. Ford is an elder statesman in an industry where C.E.O.s come and go. He joined the company in 1979, became a board member in 1988 and was chief executive from 2001 to 2006. Since then he has been executive chairman of the board.

Though Ford is worth just a fraction of Tesla, Mr. Ford says he is optimistic about the future. The company is introducing an electric Mustang sport-utility vehicle and an electric F-150 pickup truck, and Volkswagen selected Ford as its partner to develop self-driving cars.

This interview was condensed and edited for clarity.

How did you make the decision to shut down production?

If you think back to March, there was so much we didn’t know about the virus, about how it was transmitted. In that kind of uncertainty, we had to make sure that our employees were safe. Given what we do, and that in manufacturing people by definition are very close together, we just didn’t know enough to be able to provide a safe working environment. So we decided to shut down. And then we spent the next eight weeks while we were shut down figuring out: What does a safe start-up look like? How can we ensure our employees’ safety? Fast-forward all these months later, and everything we put into place really paid off because while Covid has run rampant around the world, our plants have been exceptionally safe.

What do you believe will be the lasting impact of the pandemic on your business?

One of the things that we certainly hadn’t thought about back in March was the fact that cars and trucks in some ways are the ultimate personal protective equipment. So people that hadn’t owned a car or truck and were reluctant to get into either public transport or a shared type of transportation decided they really wanted to have their own vehicle. When we were back in March, we actually thought that sales were going to be hit hard throughout the pandemic. But what happened was we had a bleak month or two, and then everything kind of roared back and has continued strong. That was something that I think we hadn’t foreseen as we went into this.

Last year you broke with President Trump and decided to stick with California’s tougher emission standards. You’ve publicly characterized that decision as a practical one, saying it would be too hard to make two versions of the same product. But at a personal level, what did you think of the president’s efforts to relax emission standards, which of course were part of a much broader rollback of environmental protections during this administration?

I didn’t like it. Very early on we decided to stand with California, and there weren’t many who did. In the end it was ourselves, Volkswagen, Honda, Volvo and BMW, and we were the first to raise our hand. It was just something that I felt was very important. We knew it was the right thing to do.

The president wasn’t very happy with me, and I heard about it. But that’s OK. If you have the right values and you stick with them, then you have to be willing to take whatever comes your way.

I just firmly believed that taking a step backward was absolutely the wrong thing to do. We had also committed to the Paris accord. And why? Well, I feel like I’m working for my children and my grandchildren. Values matter. It just made no sense to me, as someone who cares deeply about the environment and as a business leader, whichever way you looked at it.

Are there ways in which the Trump administration’s policies have helped the company over the last four years?

There were a lot of things that were good. The focus on the American worker and making things in America was really a good thing. I found the president was easy to engage with. He was usually available and was willing to listen. From that standpoint, there were absolutely some positives.

The biggest thing for our industry is certainty. We can deal with almost any reality as long as we have certainty. But when you have uncertainty, given the lead times and the heavy investments that we have as a company, it becomes really hard to operate. I remind our employees of this all the time. We’ve been around for 117 years and we’ve operated around the world in every possible political climate, from the most liberal to the most restricted. So we’re pretty good in terms of trying not to get too buffeted by any short-term politics. If we do that, we’ll never make progress.

So what do you hope to see from the Biden administration, beyond a real vigilant effort to stamp out this pandemic?

One thing I do really want to work with him on is infrastructure and the electrification of our industry and the build-out of the infrastructure that’s needed. When people talk about infrastructure, they often think about railroads and seaports and airports and roads. Those are all really important. But there’s a future-looking infrastructure as well, a smart world, if you will.

Explain to me how Ford can have a market capitalization of $36 billion or so with more than $100 billion of revenue, and Tesla can have a $550 billion market cap with sales of less than your market cap. What does this say to you about how investors are valuing car companies today, and what they expect the next several years to hold?

Well, I believe they’re making a mistake in how they value us. They may be valuing Tesla exactly correctly. I have no idea. But I really believe that we have the opportunity to show not just Wall Street, but individual investors, that this is a company that has a tremendous future.

Tesla has been able to make electric vehicles mainstream in a way that no one previously had. How was it not Ford or G.M. or Chrysler that did that?

It wasn’t just us. It was also Toyota, Honda, you name it. We were pushing hybridization and plug-in, and they went right to electric. I give Tesla full credit for being the pioneer and really blazing the path for all of us. But now the game is on. In five years, let’s see where we all stand.

Do you believe the industry in some way should have been more proactive in trying to lead the way to a future where fuel efficiency really mattered to people?

I would say we’ve been doing that. I mean, we didn’t go to all-electric, but we were pushing hybrids hard and with great success. We feel like the infrastructure is going to be out there soon, and we can really push hard on electrification. We’re taking our biggest-selling vehicles and our most iconic vehicles, the F-150 and the Mustang, and we’re electrifying them. So we’re putting our chips into the middle of the table and I think it’s absolutely the right thing to do.

How does your meditation practice impact your work?

It gets you out of your own head. If I’m really stressed about something, or I can’t see something clearly, I have a couple of ways of sort of clearing my head. One is to play ice hockey. The other is to meditate. When you’re in a position like mine for a long time, I’ve seen so many people whose egos have just run away with them. Meditating brings you back to the fact that at the end of the day, you’re no different than anybody else. The minute you start believing any of the kind of hype around yourself, you’re in real trouble.

This year the whole country has been reckoning with the legacy of racism. To what extent have you and the company addressed the anti-Semitism expressed by Henry Ford?

Do you feel compelled to make up for everything your great-grandparents did? What’s important is how we’re acting today. So is it something I’m aware of? Yeah, absolutely, as part of my family’s history. But is it something that I feel lingers today? No, I don’t. Not in the least, and I want to make sure there’s no sign that that’s ever coming back.

How do you see your role in both, as a leader of the company and the family?

Most of the people who are involved with the company — our employees, our dealers, even government — like the family involvement because they know there’s someone accountable. I’m not going to disappear with a golden parachute somewhere. I’m here through thick and thin, and my reputation’s on the line every day. Our family name is on the line every day.