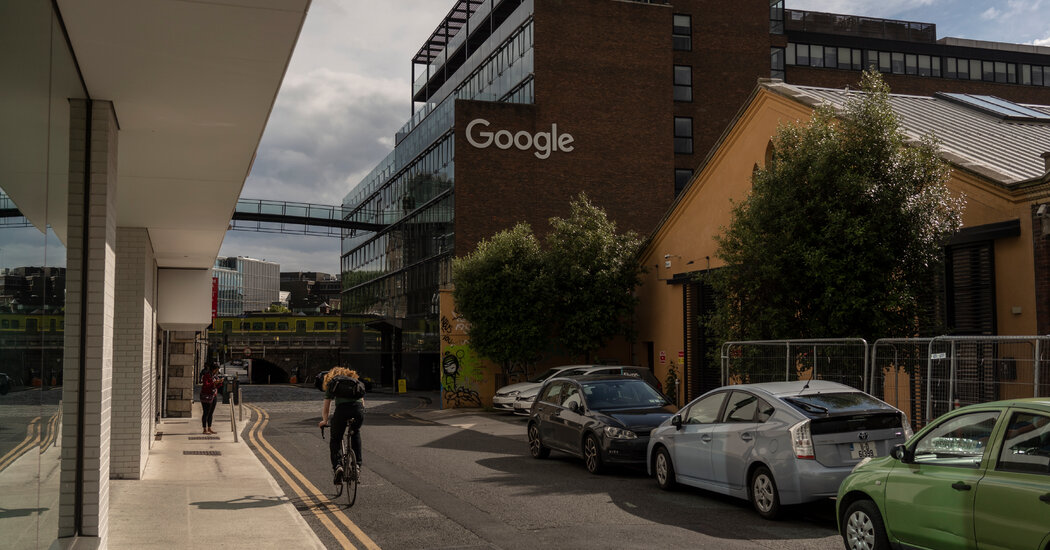 The Olympics may go ahead without fans. A spike in coronavirus cases in Tokyo led the government to declare a state of emergency, which could spell the end for organizers’ plans to allow domestic spectators to attend the events.

Donald Trump sues social media platforms, and raises money off it. The former president accused Facebook, Google and Twitter of “unconstitutional” censorship, an argument legal experts say has no merit. In a sign of what may be another reason for the move, a Trump political action committee immediately reached out to donors.

Last week, Amazon fired a pre-emptive shot at the new F.T.C. chair, Lina Khan, using a common line of attack on policymakers with an opinionated past: trying to disqualify them for alleged bias.

Khan made her name with a forceful view on Amazon and antitrust, arguing that the sprawling tech giant showed how competition law was “unequipped” for the digital age. This, among other things, disqualifies Khan from participating in F.T.C. actions against Amazon, the company said. Amazon is a subject of the F.T.C.’s inquiry into Big Tech’s acquisitions of smaller rivals, and the agency is separately reviewing its proposed purchase of MGM.

So, does Amazon have a chance?

Disqualifying a commissioner isn’t easy. At her Senate confirmation hearing, Khan rejected the idea of a blanket disqualification from Big Tech investigations, saying she would consider such requests on a case-by-case basis and consult with F.T.C. counsel. Simply voicing opinions critical of companies is rarely cause for recusal, and most disqualification attempts fail.

Amazon’s filing may be “a warning shot,” said Bruce Hoffman, a partner at Cleary Gottlieb and the former director of the F.T.C.’s competition bureau. Because it isn’t attached to a case and aims to recuse Khan broadly, it essentially serves as a notice to the agency. It could be Amazon’s way of saying, “if you participate, this could haunt you,” he said.

Commissioners are chosen for their policy views, as well as their expertise, so many would be disqualified if having opinions was disqualifying, said Khan’s former colleague at Columbia, the antitrust law scholar Eleanor Fox. Asked whether Amazon’s motion would succeed in blocking Khan, she replied: “Oh, I don’t think so.”