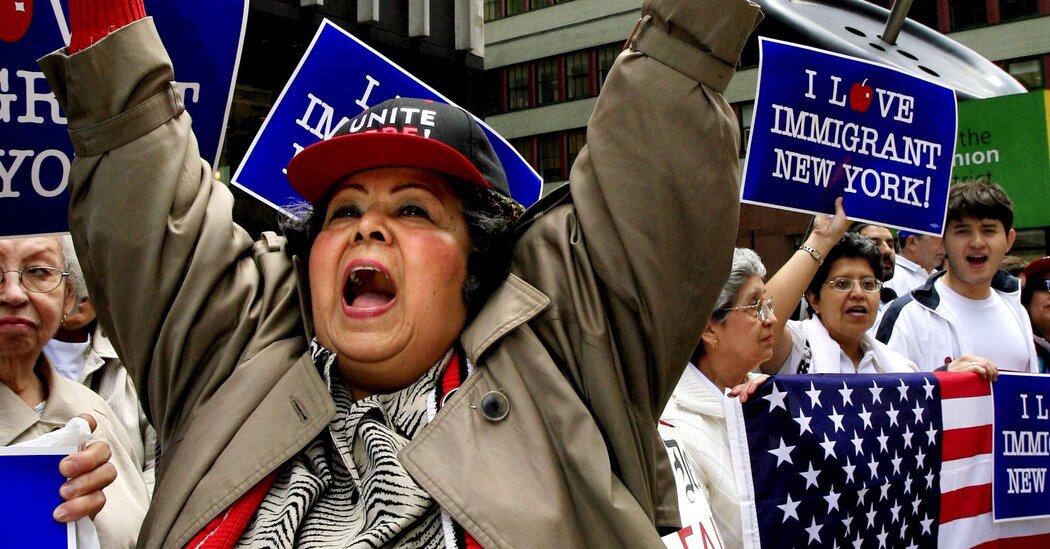 As the New York local’s education director, Ms. Andrade organized sewing classes for new members — she herself was known for creating elaborate quilts in tribute to garment workers — and helped many navigate the immigration system and work toward citizenship.

She also encouraged the local to work with other marginalized groups. Evelyn Jones Rich, an activist working with the Congress of Racial Equality, often collaborated with Ms. Andrade, whether it was in securing union funds for picket lines against businesses that discriminated against Black people or finding I.L.G.W.U. members to join a protest march.

“She was a little lady, but she was a giant,” Ms. Rich said.

Ms. Andrade was born Enriqueta Mixco on July 8, 1932, in Santa Ana, El Salvador. Her father died before she was born. She and her mother, Rosaura Pocasangre, lived in Guatemala for much of her childhood to avoid political unrest in El Salvador. Returning there in the 1940s, she married a man from her hometown and took his surname, Andrade.

The couple went to the United States in 1949, but within a few years her husband died of cancer. In the early 1950s, Ms. Andrade took a job in a factory that made airplane parts and parachutes in Long Island City, Queens, becoming one of the few women to work there. She soon joined the machinist’s union.

She later left the factory over her immigration status as a noncitizen, found a job making belts to sew on dresses and joined Local 40 of the I.L.G.W.U., also in New York.

Mr. Mazur was working for Local 40 at the time, and after Ms. Andrade had approached him with questions about the union — carrying herself with unmistakable confidence when she arrived at his office, he recalled — he sent her out to nonunion factories as a “colonizer,” to spread the word about workers’ rights to unionize.

When Mr. Mazur became the organizing director of the I.L.G.W.U.’s Local 23, which would soon merge with Local 25, Ms. Andrade followed. She became an American citizen in the late 1950s.

Child Tax Credit Payments Have Begun. Should You Opt Out?