Pat Lam won a European Cup with one of Exeter’s key coaches, but will put that friendship aside on Friday as he attempts to make Bristol kings of the south west – and England.

Bears boss Lam was in the same Northampton Saints side as Chiefs head coach Ali Hepher, the pair lifting the Heineken Cup in 2000.

Lam also invited Hepher to study his Auckland Blues side when the Samoan coached there. 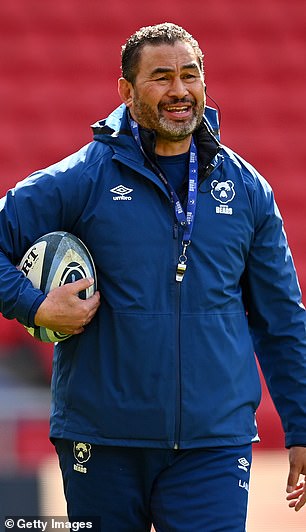 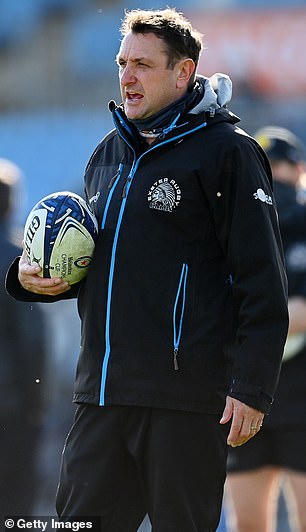 ‘I always look forward to seeing him at games and it is no surprise at all that he is doing really well,’ said Lam of Hepher who helped guide Exeter to the European and domestic double last year.

‘We were supposed to have a big Northampton reunion last year but it got cancelled because of Covid.

‘I knew then Ali had a good rugby brain and we worked really well together. That was a big part of that success. 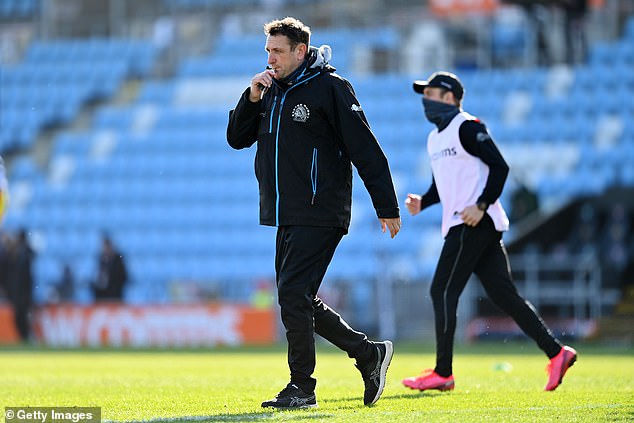 ‘It was a great time we spent together and not only on the rugby field. He’s a great guy socially, him and his brother Simon. We got on really well.’

But now in charge of Bristol Lam is hoping they are more than just noisy neighbours to the reigning champion Chiefs.

The Bears look dead-set on a home playoff semi-final, twelve points clear at the top with six regular rounds left, so this match could be a pre-cursor for June’s final. 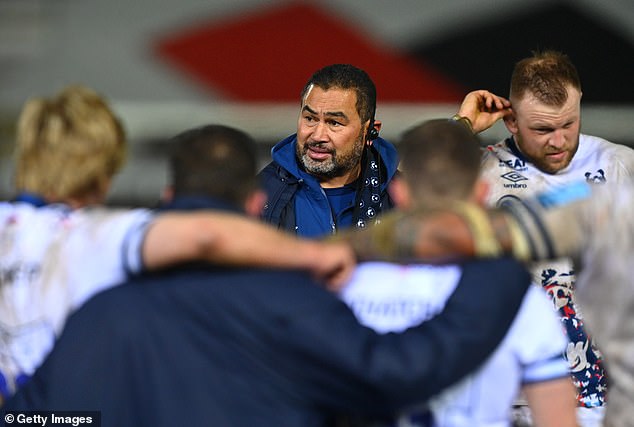 ‘Our full attention is on trying to get to the top of the Premiership mountain, and these guys are the guys who have consistently been there for the past few years,’ added Lam who is without injured trio Semi Radradra, Harry Randall and Callum Sheedy at Ashton Gate.

‘They are always a dangerous team. If you play as individuals against any team, particularly Exeter, you’ve got no chance whatsoever.

‘Every game against them has pretty much a one-score margin. I am expecting much of the same – a really good battle, right to the wire.’