The most discomfort Rafael Nadal has experienced at the Australian Open so far is being abused by a drunken fan, who was escorted out of the Rod Laver Arena after giving him the finger.

Cam Norrie will be hoping to cause him a more significant problem when they meet in the third round, as the 25 year-old lefthander emerged as the last Brit standing.

For Norrie it will be the first time meeting one of the hallowed ‘Big Three’, and a rare appearance on one of the sport’s largest stages. 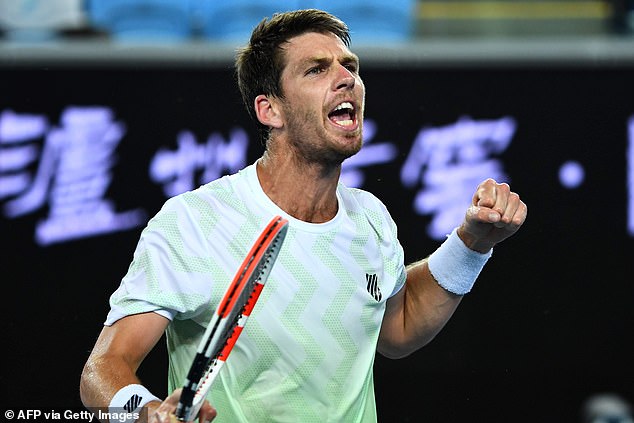 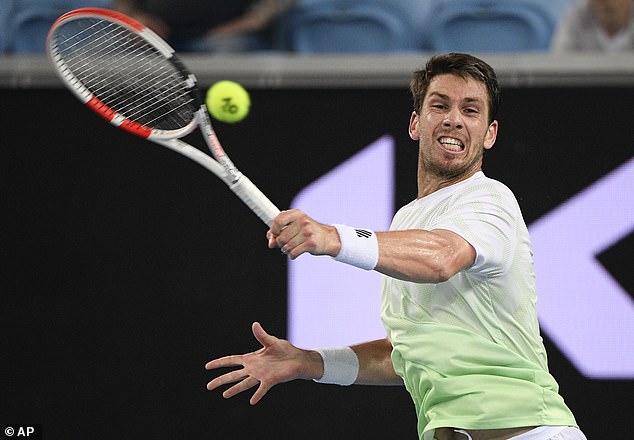 How many fans will be allowed in is uncertain, with fears growing in Melbourne about the possibility of more Covid restrictions being imposed.

An outbreak – not related to the tennis – at a hotel airport was causing increasing concern, with the authorities desperate for the disease not to re-establish a foothold in the state of Victoria.

Nadal’s heckler is unlikely to make an appearance either way for a match that Norrie earned courtesy of a 3-6, 7-5, 6-3, 7-6 victory over Russian qualifier Roman Safiullin.

The match started on an outside court but was then moved under the roof of the vacant Margaret Court Arena, which ensured that it could finish shortly before midnight.

It also gave Norrie the useful feel of a show court, because he inhabits a different world to the Spaniard.

Nadal was one of those who had the VIP treatment in Adelaide when he arrived in Australia and has almost a full entourage with him, including his agent, father and public relations manager.

The GB No 3 is accompanied solely by his Argentinian coach, Facundo Lugones. 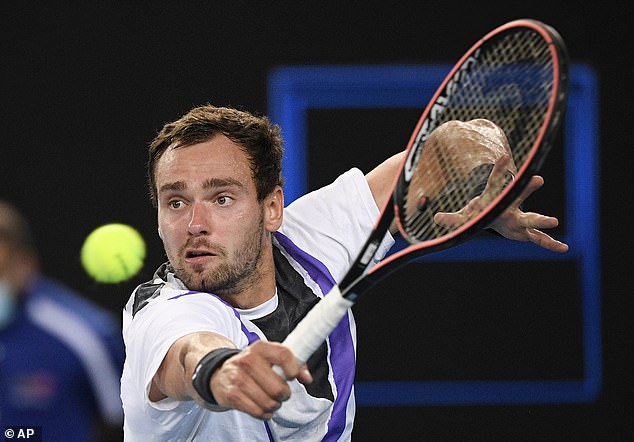 ‘What happened in Adelaide, it’s always the same stuff with always the top guys getting the better courts and the better privileges,’ said Norrie.

‘But they bring the money to the sport, so it is what it is.’

He added that he would be getting in touch with Andy Murray to draw on his experience. Murray is exiled in northern Italy this week, where he is playing in the lowly Biella Challenger event.

‘I have watched Rafa so much over the years, but I’m going to leave it to my coach to get a good plan together. I’ll message Andy and see what his thoughts are. We play obviously pretty different, me being a lefty, but he’s definitely got some good tips.’

For the second time in three Slams Norrie has helped save the blushes of the Lawn Tennis Association by making the last-32. 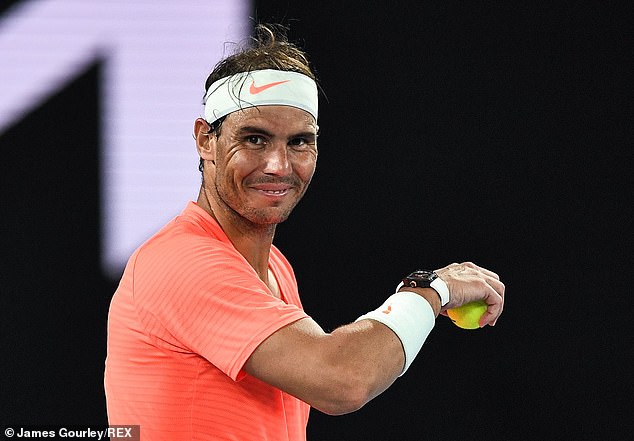 They have reason to be grateful for him opting for UK nationality through his parents, although most of his development took place in New Zealand.

Getting to the fourth-round will take a seismic upset. Nadal has lost only 15 games in his first two rounds, despite maintaining he had back problems last week. The only sign of them is a slight drop off in his service speeds.

Norrie was the last Brit survivor after Heather Watson fell 6-7, 6-4, 6-2 in the second round to the No 21 seed Anett Kontaveit.

She could not have expected much more, having spent 15 days under full hotel arrest after her arrival due to a positive test on her flight. 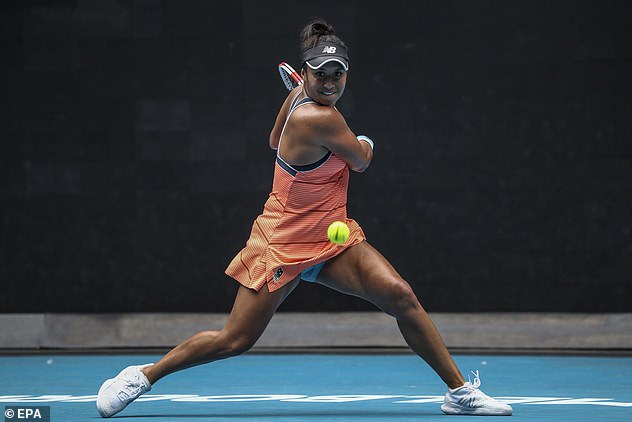 Watson has carved out for herself a solid career, although only in four of her 37 Grand Slam main draws played has she managed to make the third-round.

In her doubles the previous day her back went into spasm, partly as a result of the fitness she lost during incarceration.

She admitted she might not have made the trip at all if she had known the danger of not being allowed out for more than a fortnight.

‘I don’t know what I would have done,’ said the 28 year-old Channel Islander. ‘ It might have been different mentally. That said, I got through a round. I am pleased with how I handled everything from being in the quarantine and afterwards.’