The new Compton and Edrich Stands at Lord’s were built ‘out of spite’, according to Charles Rifkind, the property developer whose purchase of a strip of land at the ground’s Nursery End from under MCC’s noses in 1999 has turned him into the club’s bete noire.

The £52m construction now extends an extra few yards on to the Nursery Ground enclosure, which hosts minor matches.

That in turn will force the boundary all the way back to the wall that separates club property from Wellington Road – potentially scuppering Rifkind’s plans to build residential property above the two defunct railway tunnels that run underneath. 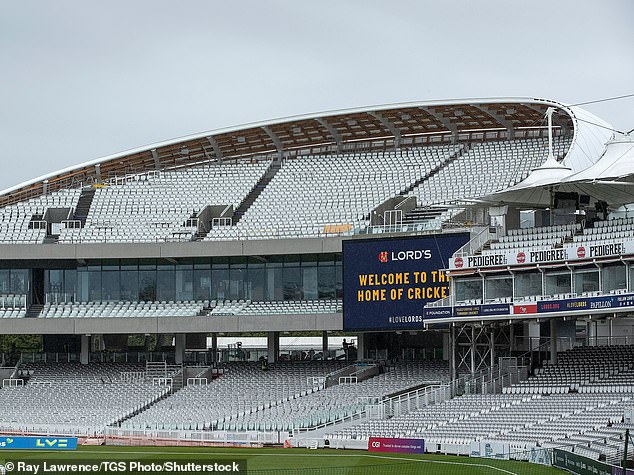 The new Compton and Edrich Stands were built out of ‘spite’, according to Charles Rifkind

In The Covers Are Off: Civil War at Lord’s, a revealing new book about the long-running saga by former Sportsmail columnist Charlie Sale, several MCC grandees make no secret of their motivation.

‘Of course it stymies further development if you want to retain cricket at the Nursery Ground,’ says Oliver Stocken, former MCC chairman and a long-time opponent of Rifkind’s plans. ‘It was a tactical move by the club.’

Robert Leigh, a long-serving MCC committee member and club trustee, also describes the decision as ‘tactical’, adding: ‘It means the Nursery End boundary rope has to go right to the wall.’

Rifkind says: ‘What MCC have done is out of spite.’

Sale calls MCC’s failure to secure the strip of land more than 20 years ago as ‘the worst call in the history of Marylebone Cricket Club.’ MCC declined to comment.