He hadn’t played for two months, so there was a danger that Semi Radradra would be rusty when he made his Bristol comeback on Saturday, but of course he wasn’t – he was remarkable, as usual.

The Fijian’s return from a knee injury served as another demonstration of his freakish class. In case the penny hasn’t dropped yet, the 28-year-old will go down as one of the greatest box-office talents of all time. The Bears are lucky to have him and English rugby is lucky to have him too.

Radradra tormented Harlequins to add to the vast stockpile of highlights clips against his name. The off-loads are outrageous; one-handers, back-handers, no-look efforts, over-the-shoulder, round-the-corner, off-the-floor and so on. You name it, he will try it and he will nail it. Creating space and time for himself seems just so routine. He makes the game look easy. 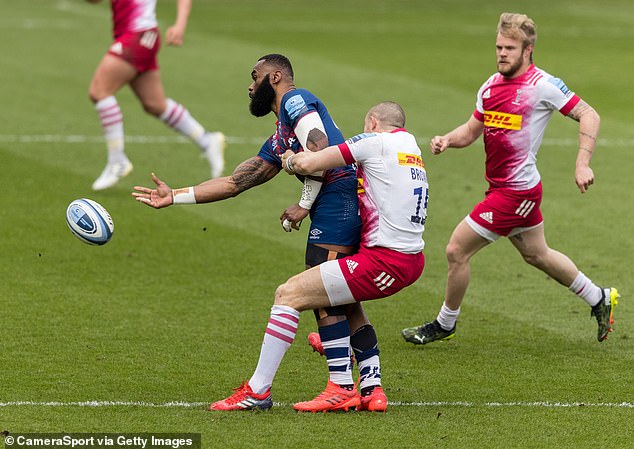 This is sporting genius in our midst. In the 32nd minute on Saturday, Radradra stood at first receiver, ready to take a pass in the Quins half. The visitors knew what was coming, but they couldn’t stop it. Bristol’s outside centre blasted into contact and passed under a defender to send Piers O’Conor away for a try. It was nothing out of the ordinary, for him anyway. It was just normal service.

Defence coaches have no answers. Radradra embarrassed England at Twickenham in the colours of the Barbarians in 2018 and no amount of homework since has given anyone a solution to the myriad threats he poses.

Plenty of lethal runners have illuminated the Premiership over the years but Fiji’s finest may turn out to be the best of the lot.

On BT Sport, Ugo Monye said: ‘He creates chaos and confusion and makes you doubt your ability as a defender. He’s 16 stone, he’s quick, he’s deceptive, he can off-load… he’s basically completed rugby!’

When Bristol announced in November, 2019 that Radradra had signed for them, the news sent shockwaves through the sport.

Director of rugby Pat Lam tried to explain the magnitude of his transfer market coup, saying: ‘Every top club in both codes across the planet wanted to sign Semi.’ 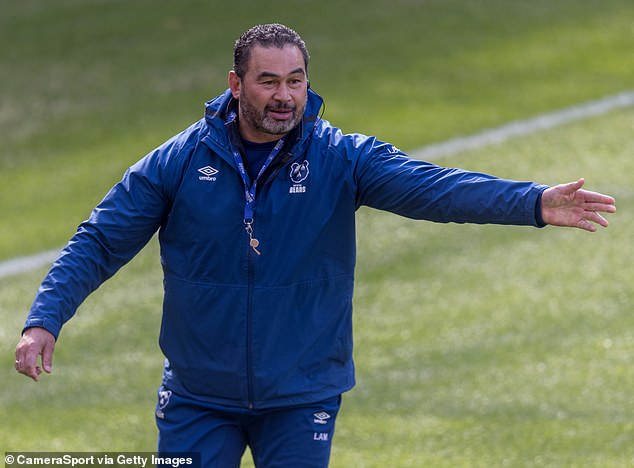 His presence is a once-in-a-generation treat. As soon as crowds are allowed again, his presence should fill grounds all around the league and Europe.

There cannot be anyone, anywhere, in either code, producing as much rugby entertainment as Radradra. Catch him if you can.

Lions head coach Warren Gatland was at Ashton Gate to see another masterclass from Danny Care, who claimed a poacher’s try, dispatched an audacious drop goal and maintained a personal purple patch for Harlequins.

His form reinforces the unorthodox case for Gatland to look beyond the home nations’ current Test scrum-halves entirely by going with Care (England), John Cooney (Ireland) and Rhys Webb (Wales).

Meanwhile, Scotland hope that their victory over France will ensure a significant tartan contingent within the Lions squad. 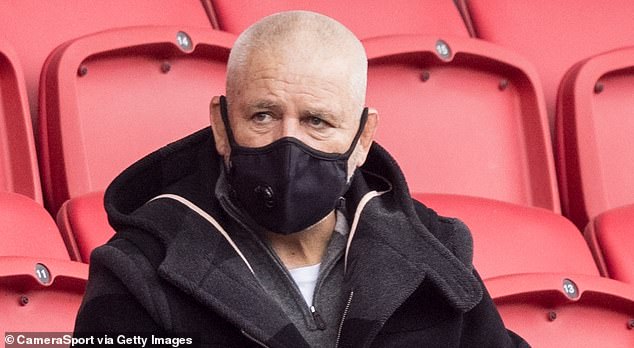 One problem is that they lost to both Wales and Ireland, and another is that two of their stand-out Six Nations performers were Hamish Watson and Jamie Ritchie, who happen to be in the most competitive area for selection – the back row.

Stuart Hogg will be included by Gatland and prop Rory Sutherland is another who deserves consideration.

This column won’t join the fanfare for Duhan van der Merwe, whose second try won Scotland the game in Paris.

Fast-tracking the big South African recruit to face South Africa feels wrong and unnecessary. If the Lions want a big, powerful wing, George North is back to his vintage best.

The Warriors are currently bottom of the table and had ground to make up on 11th-placed Gloucester, who beat Exeter on Friday night.

But Worcester fell apart against the Saints – conceding 40 points in the last half-hour, after Chris Ashton was sent off.

Without the desperation of knowing they were fighting for survival, they surrendered, to lose 62-14. 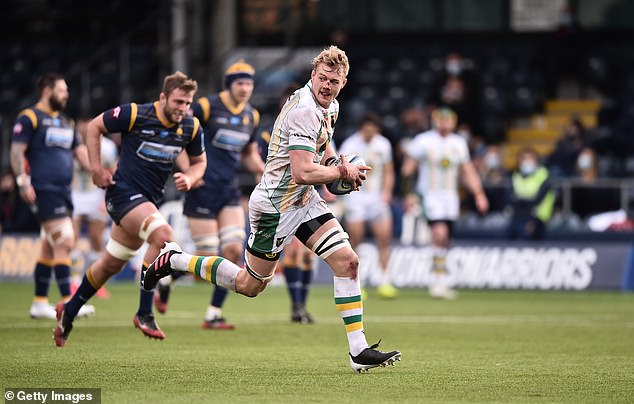 It was another weekend of disciplinary trouble and strife. The recent flurry of red and yellow cards continues.

Teams are being reduced to 12 or 13-a-side, but still the message isn’t getting through.

Ashton was sent off for an unnecessary shoulder charge into a ruck when he had little to gain. Such hollow statements of aggressive intent need to be eradicated.

Tom Dunn was dismissed for swinging his arm into Agustin Creevy’s head; another offence which was reckless and avoidable.

Too many players are still aiming too high with tackles in the quest for gainline dominance. The culture must change, but the clean-up campaign has flaws.

Luke James was harshly sin-binned when Josh Bassett slipped, so that his head collided with the arm of the Sale full-back, yet Leicester No 8 Jasper Wiese escaped punishment when he flew into a ruck at an angle and injured Welsh on Sunday. 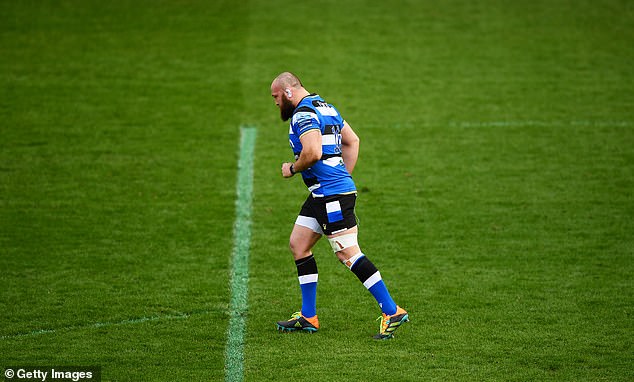 Last week brought the unusual scenario of rugby politics providing cause for optimism – not once but twice.

As long as these teams do not become academies for Polynesian talent to be plundered by New Zealand and Australia, this is wonderful progress which is long overdue.

Meanwhile, it has emerged that several leading All Blacks are opposing their union’s plans to do a lucrative deal with US investment firm Silver Lake.

This appears to be another welcome example of ethical player power and reflects the concern that the sport could be hurriedly selling its soul for a financial quick fix.

Wales are champions of Europe again and their latest Six Nations title is another triumph for the core of 30-somethings who will go down in folklore.

Much is made of the enduring influence of Welsh captain Alun Wyn Jones, and rightly so, but he is not alone as a veteran who is going to be impossible to replace.

These modern-day Wales heroes, along with younger but highly experienced men such as North and Liam Williams, have been at the heart of a golden age.

At a time when social media trolls can create a false impression of public opinion, let’s hope the Welsh rugby public truly appreciate the all-time legends representing them with distinction. 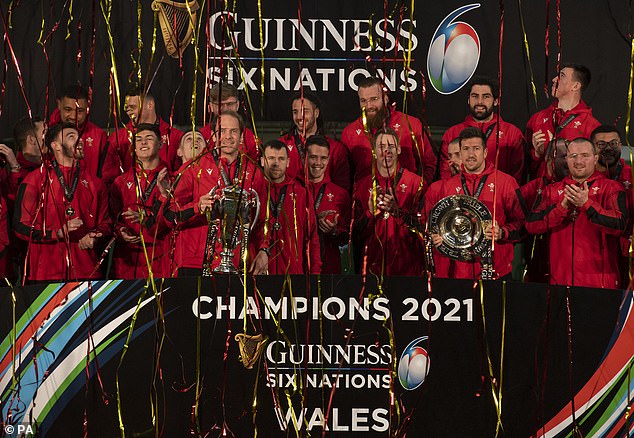 Josh Hodge, for Exeter against Gloucester. The full-back ran cross-field, found a gap, went clear with a burst and a hand-off, swerved around one last defender and scored a long-range classic.

When Bristol were striving to win their game against Harlequins and the pack drove over at the death, it was somehow inevitable that Kyle Sinckler should score to beat his former club.

Sale became the first club ever to win a Premiership game after picking up four yellow cards, while they condemned Wasps to a fifth successive defeat at home in the process.

Three Premiership games were won by three points or fewer and two of them; Bristol-Harlequins and Wasps-Sale, were settled by last-minute conversions – by Callum Sheedy and Rob du Preez.

Ellis Genge said something to antagonise Jon Welsh after the warm-ups at Welford Road, the props squared up and had to be separated, before Leicester vs Newcastle.

Gallagher Premiership Team of the Week 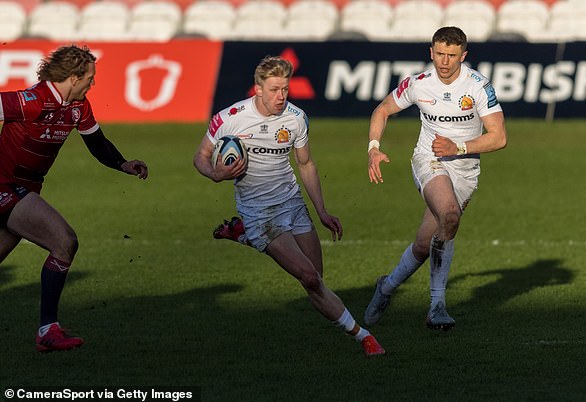