Dan Evans booked a third-round clash against world number one Novak Djokovic with a 6-4 6-1 victory over Hubert Hurkacz at the Rolex Monte Carlo Masters.

British number one Evans was looking to build momentum having beaten Dusan Lajovic in the last round for what was a first tour-level win on clay since 2017.

After the opening set went with serve, the 30-year-old Briton finally forced a decisive break in the ninth game against Miami champion Hurkacz and then held to take the early initiative. 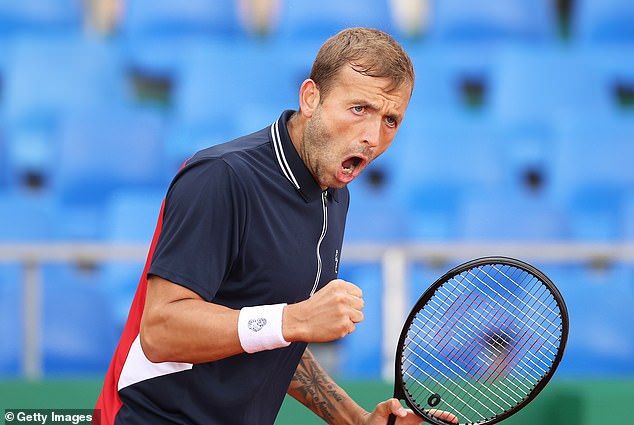 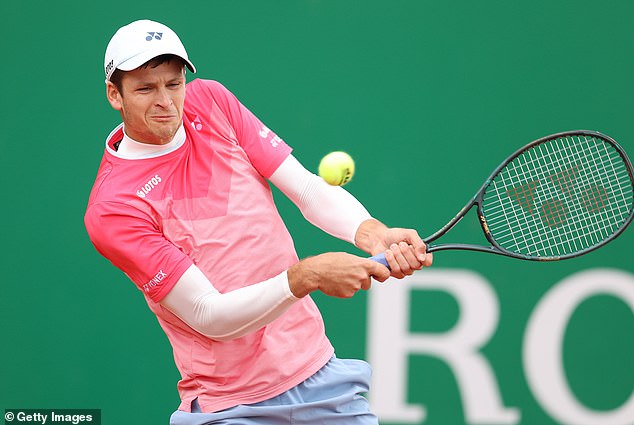 Evans was in control against world number 16 Hurkacz, who appeared to struggle with illness

Hurkacz, the world number 16, appeared to be struggling with illness, but regrouped for the start of the second set – only to then be broken twice as Evans swiftly moved 3-0 ahead.

Play continued through some light rain, with Evans – who won his maiden ATP Tour title at the Murray River Open during January – in complete command and producing some clinical drop shots as well as cross-court winners.

Hurkacz showed no signs of improvement in his condition, but battled on through to hold serve at 1-4 before Evans closed out victory with another break on a fourth match point in game seven.

Afterwards, Evans told Amazon Prime: ‘I am a bit more comfortable with the gap playing on clay than last year. 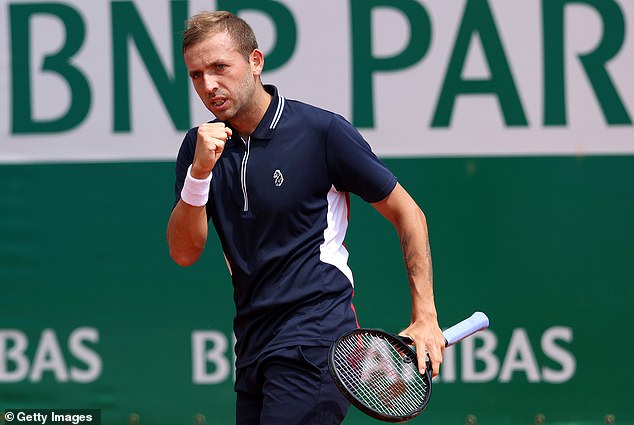 ‘It has been a bit easier to move, I have been accepting it a bit more and enjoying it.

‘I have been better in practice and getting on if I have not been playing so well.’

Evans added: ‘I have just been sticking to a game plan, and I will lose serve sometimes, which is what has frustrated me in the past and I struggled to win points on my serve if Plan A didn’t work.

‘I have accepted that a bit more, stuck with it, serve and volley, but still good pressure.

‘I will take every match at a time, keep competing hard and have done that for the past two matches.’