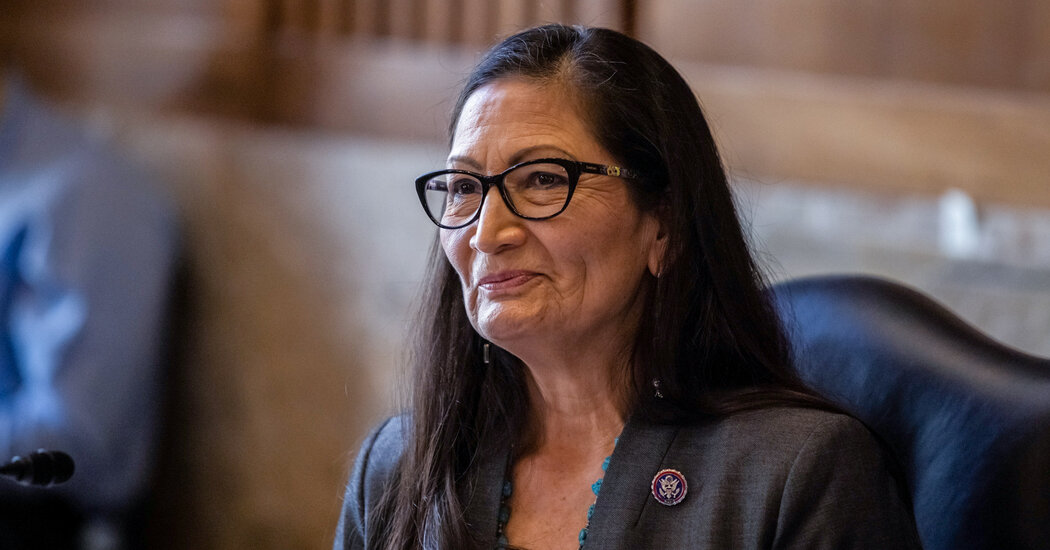 “You need to move that back to D.C. and build it back,” said Joel Clement, a former Interior Department expert in climate change policy who resigned from the agency in protest of the Trump administration policies. “The staff, the budget — all these people who were supposed to work with Congress on these policies were pushed out West, or they left,” he said. “They are hugely demoralized.”

Ms. Haaland is also expected to revisit the Trump administration’s rollback of habitat protections under the Endangered Species Act. Under the Trump rules, it became easier to remove a species from the endangered list, and for the first time, regulators were allowed to conduct economic assessments — for instance, estimating lost revenue from a prohibition on logging in a critical habitat — when deciding whether a species warrants protection.

Such rules led to an exodus of staff, particularly from the Fish and Wildlife Service, Mr. Clement said.

“There’s a rebuilding that needs to happen there,” he said.

The Interior Department also must submit a detailed new plan by June 2022 that lays out how the federal government will manage the vast outer continental shelf off the American coastline, an area rich in marine wilderness and undersea oil and gas resources.

Given Mr. Biden’s pledge to ban new drilling, the new offshore management plan will quite likely reimpose Obama-era policies that barred oil exploration on the entire East and West Coasts of the United States — while possibly going further, by limiting drilling off the coasts of Alaska and in the Gulf of Mexico. But writing the legal, economic and scientific justifications will be difficult.

“They have to get started and really get cracking,” said Jacqueline Savitz, a vice president of Oceana, an environmental group.

As the department moves against offshore drilling, it is expected to help ramp up offshore wind farms. Last week, the agency took a major step toward approving the nation’s first large-scale offshore wind farm, near Martha’s Vineyard, Mass., a project that had been in the works for years.