It is the biggest of understatements to say Ross Taylor didn’t envisage being in the position in which he now finds himself, when he reeled off the first of his 19 Test hundreds against England 13 years ago.

Test cricket’s third oldest active player remains at the top of his game at 37, providing a mix of mid-innings welt and wisdom in arguably New Zealand’s best ever team.

One that heads into next week’s first match of the international summer at Lord’s on the back of six straight wins (Taylor’s first half-dozen spanned 33 appearances) and one whose sustained excellence in the longest format saw them wrest the world No 1 ranking off World Test Championship opponents India for a brief period earlier this year. The core of the XI has also been runners-up in consecutive 50-over World Cups. 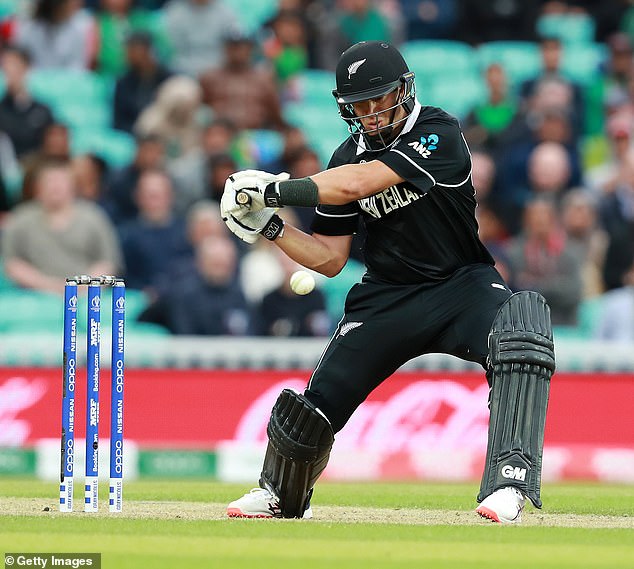 Ross Taylor, 37, is relishing being part of arguably New Zealand’s best ever team

So do Kane Williamson’s team get sufficient credit for their achievements? ‘It isn’t our place to comment on that, it’s for other people to put in front of us. All we try to do is play the best cricket we can,’ said Taylor.

‘Once we did get to No 1, we all came together as a team and said a few words. All I said was that at the start of my career I never would have dreamt I’d play in a New Zealand team that was this good.

‘We are playing very well at home, we know our conditions very well but the true test will be how we play overseas, in foreign conditions.’

BJ Watling, the team’s long-serving wicketkeeper, will retire when this tour concludes but at the end of a week in which he sat down in his Southampton hotel room to watch the highlights of Darren Stevens’ latest episode of the golden oldie show, Taylor suggests he is not ready to follow. 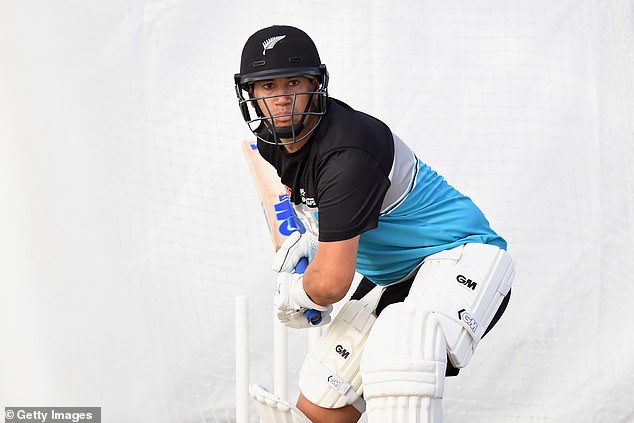 ‘I guess once you start getting into your 30s you think about it and I always had the number 35 in mind, I don’t know why. Probably because of the 2019 World Cup and building everything up towards that,’ he said. 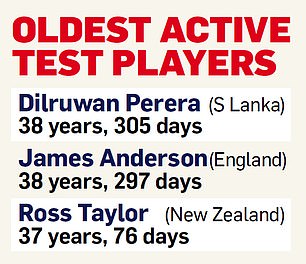 ‘Then we got there, and I still felt like I was good enough and could contribute. I didn’t think just because it was the World Cup that it was the time to retire. I haven’t got a number in mind.

‘Everyone I talk to tells me you’re a long time retired, you know when the right time is and when I do pull up stumps, I am sure it will feel right for me.

‘It’s nice for me to break the mould for New Zealanders who traditionally retire young. Hopefully in years to come, the likes of Kane and Co are still going at 37.

‘I thought it was awesome that Hashim Amla was playing first-class cricket the other day in about 10 degrees at the Oval, freezing and still getting in behind the ball.’

Such talk opens the possibility of New Zealand’s most prolific Test run scorer adding another record to his CV. That of his country’s most-capped player. His 105 appearances to date leave him seven shy of Daniel Vettori.

The 106th will be at the scene of recent Kiwi heartache, although that dramatic defeat to Eoin Morgan’s team 22 months ago is offset by many happy memories for Taylor, a former MCC ground staff member who ‘called Lord’s my second home.’ 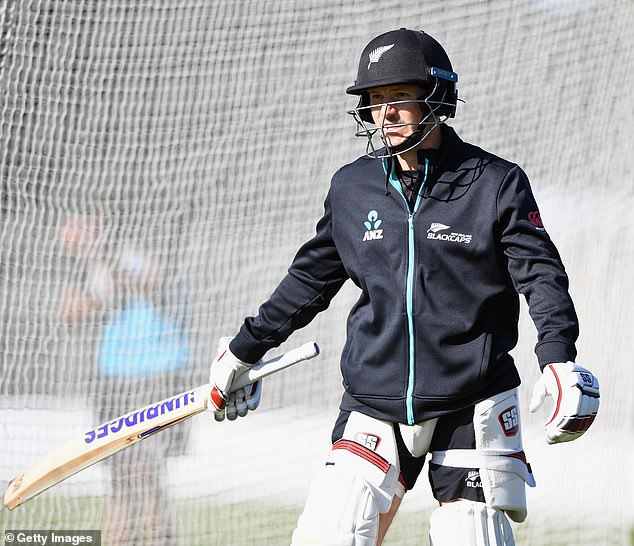 He added: ‘Obviously one game didn’t go our way, but it was still probably one of the best games of one day-cricket and the best World Cup final of all time as well.’

One of the sub-plots of his seventh tour of the UK will be how he fares against opponents in Jimmy Anderson and Stuart Broad whose careers are intertwined with his own. The pair were recalled —Broad for just his second cap — in the immediate aftermath of Taylor’s maiden hundred and a New Zealand win in Hamilton in March 2008.

‘It was a bit of a changing of the guard for England’s bowling attack. They’ve had stellar careers ever since.

The same can be said about another of international cricket’s great servants.