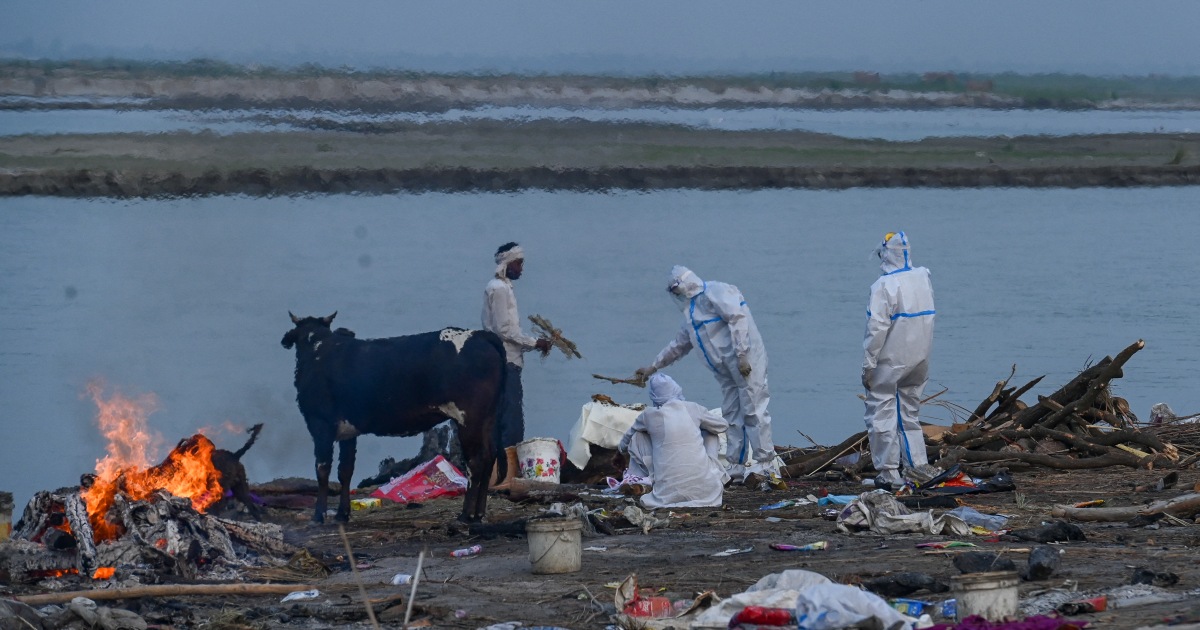 Residents in the area believe bodies were dumped in river because crematoriums were overwhelmed or families could not afford funeral pyres.

Dozens of bodies of people believed to have died from COVID-19 have washed up on the banks of the Ganges river in northern India, officials said on Monday.

District official Ashok Kumar said that about 40 corpses washed up in Buxar district near the border between Bihar and Uttar Pradesh, two of India’s poorest states.

“We have directed concerned officials to dispose of all bodies, to either bury or cremate them,” Kumar told the AFP news agency.

The pandemic has been spreading fast into India’s vast rural hinterland, overwhelming local health facilities as well as crematoriums and cemeteries.

Residents told AFP that they believed the bodies had been dumped in the river because cremation sites were overwhelmed or because relatives could not afford wood for funeral pyres.

“It is really shocking for us,” Kameshwar Pandey told the news agency.

Some media reports said the number of corpses could be as high as 100.

The reports quoted other officials as saying some of them were bloated and partially burned and could have been in the river for several days.

According to official statistics, approximately 4,000 people are currently dying from coronavirus every day in India and the death toll is almost 250,000.

But citing anecdotal evidence from crematoriums, many experts believe that the actual daily number could be several times higher.

This is particularly the case now that the current surge has spread beyond big cities into rural areas where hospitals are few and far between and record-keeping poor.