There wasn’t much good news around in 2020, but out of the darkness came a ray of hope: cricket finally faced up to its lack of diversity.

It’s true that this took a freakish, tragic sequence of events. If the coronavirus had not already begun its spread, and if George Floyd had not died at the hands of Minneapolis police in May, the issue would almost certainly have remained under the carpet. But the pandemic put the world on hold and allowed time for reflection. When Floyd was murdered, the reflection turned to anger.

I felt honoured to be part of Sky Sports’ broadcast on the first morning of the Test series between England and West Indies in July, when Mikey Holding and I spoke from the heart about our experiences. I know what we said stopped a lot of viewers in their tracks. 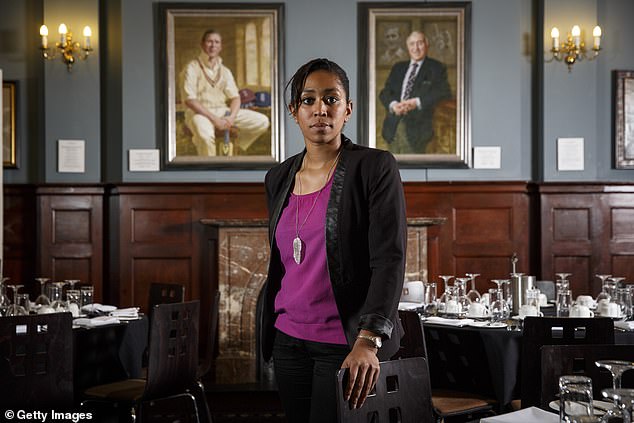 Its power was incredible and it stirred people up, in good ways and bad. Michael Carberry had already spoken passionately about racism in cricket, and the Sky broadcast created more space for people like Azeem Rafiq, the former England Under 19 captain, to open up about racist abuse he said he had suffered at Yorkshire.

As black and Asian players revealed prejudice they had faced, one thing became clear: there could be no going back. The conversation has begun, administrators have acknowledged the problem and cricket is pulling together.

I’m more hopeful now than I have ever been that the English game understands the importance of fully representing every member of its community — black, Asian, the white working-class and, yes, the public school system.

When we first started talking about an African-Caribbean Engagement programme in 2019, the aim was not to sideline areas of the game that have done so much for cricket in England. After all, public schools have supplied so many talented players.

Our aim was simple: to persuade people that cricket was a sport for everyone. And to do that, we had to break down some damaging preconceptions.

One of the most common was that black people in this country don’t like cricket. At least that was one of the reasons we kept being given for the lack of African-Caribbean players in the county game. Sure, the older generation of West Indian immigrants in Britain loved cricket. But the youngsters? Too busy playing football. 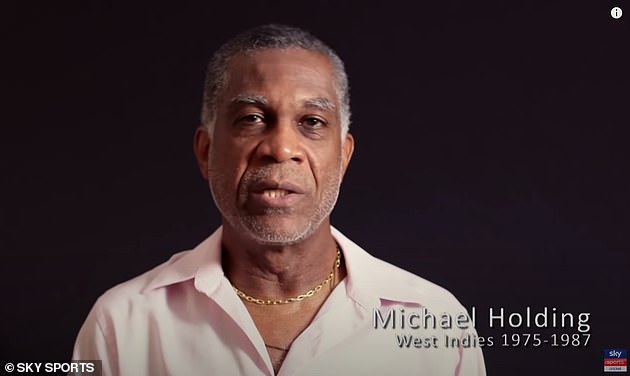 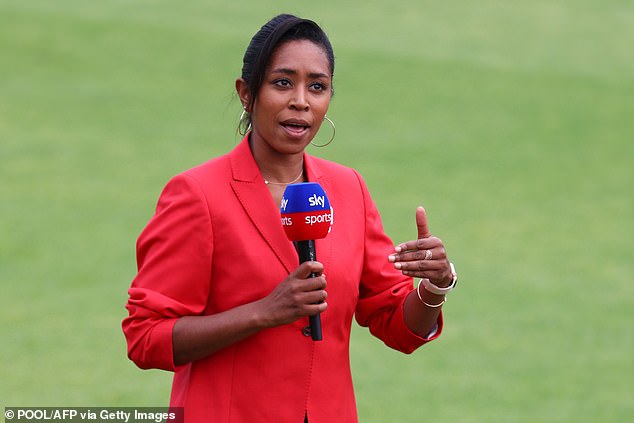 Rainford-Brent says it’s great that diversity is now on the ECB’s agenda, but she would like to see change happen more quickly and visibly

This always struck me as suspect, and I’m not just talking as a black woman who fell in love with the game the moment I first hit a ball aged 10 as part of a state school scheme run by the London Community Cricket Association. I played with 50 kids every Saturday from the community at Stockwell Park School. Many remain close friends and still love the game.

Ever since, I have known that black people do care about cricket. It’s just that cricket hasn’t cared about them. That knowledge — based on countless conversations down the years — became even more tangible when we launched ACE last year. The response was overwhelming.

In Lambeth, south London, 42 per cent of 10-to-19-year-olds are black. That’s 33,000 kids or young adults walking past the Oval every day. At ACE, it was no surprise the phone rang off the hook. The vibe was clear: ‘We’ve been in love with this game for so long, but we’ve not felt welcomed.’ 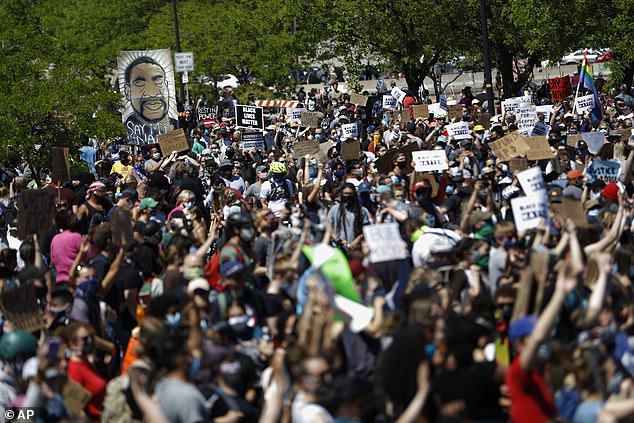 Some older members of the community felt especially pushed out in the 1990s, when musical instruments were banned from grounds — depriving places like the Oval of the atmosphere that had made West Indies Tests so joyous. Tickets grew more expensive, pricing many black fans out.

Chris Grant, a board member of Sport England, summed it up when he described that period as a divorce between an entire community and the sport they loved. And yet here we were, taking calls from youngsters who — in spite of everything — just wanted to play cricket. So please, don’t tell me they’re not interested.

Surrey accepted action was needed, and I’m grateful to my club, in particular chief executive Richard Gould, who is just as impatient to see change. What we’ve heard hasn’t been easy, but systemic change rarely is. 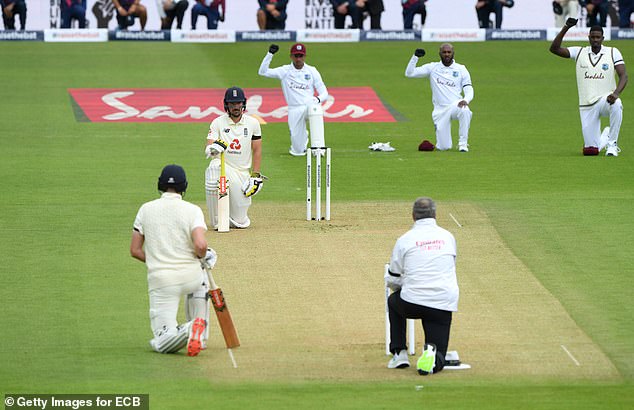 During my chats with players on the ACE scheme, a pattern emerged. When it came to selection crunch points, especially for age-group teams, black youngsters were being pushed aside. I’d ask them how they felt they had performed, and they would often say they were doing as well as the other kids, if not better.

So what’s going on? Research shows unconscious bias is heavily present in our game and we’re a long way from a meritocracy.

The message this sends to cricket-loving black youngsters is that, to be chosen, you have to be exceptional. You can’t simply be performing at the same level as others. You have to be a Jofra Archer or a Chris Jordan. It’s heartbreaking to sit down with a 16 or 17-year-old who says they hate the game, and gave it up because of how they were treated. But there are uplifting stories, too.

Idris Otto-Mian had already been playing cricket for Shepherds Bush, but he got involved with ACE and last summer represented the Surrey Elite Player Pathway against Kent Under 17s. He was off to university after that, but we hope we can support him through his development. A few years ago, he might have slipped through the net. 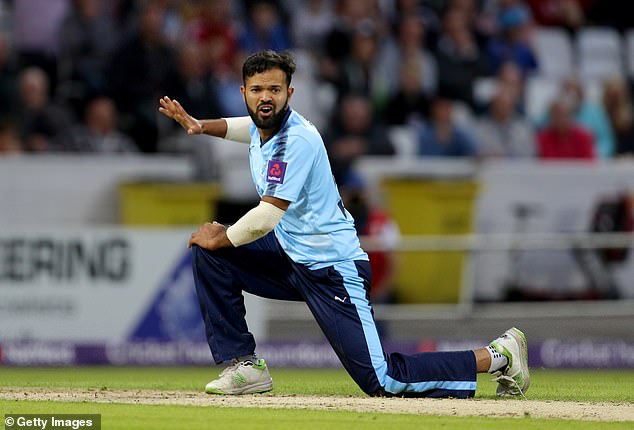 It’s great that diversity is now on the ECB’s agenda, but I would like to see change happen more quickly and visibly, with more black faces in positions of power.

The danger, as we’ve seen, is that cricket’s authorities make a strong statement and launch an initiative. For a while, the heat disappears, but it’s not long before old behaviour returns. The debate around taking a knee was an example.

I was happy cricket adopted the gesture before the England–West Indies series, but disappointed it stopped when Pakistan arrived. Cricket has to be more conscious of its historical role, and its use as a colonising tool. Probably more than any sport, it has to examine its racial politics closely. 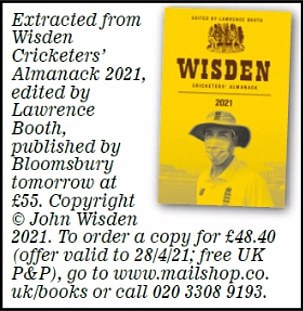 If ever there was a chance to make a statement, this was it. Had I been in the ECB boardroom discussing whether to carry on taking a knee, I’d have said: ‘Look, guys, precisely because we’re cricket, we have to go the extra mile — not jump off the train as soon as possible.’

I appreciate we can’t take a knee for ever, but to stop halfway through the summer, at a time when we’re trying to shift public consciousness? That didn’t sit comfortably with me.

Events of last year also brought to the fore how the language we use really does matter. Take the BAME acronym: Black, Asian and Minority Ethnic. I understand why it was important to use the term when few were thinking about diversity. However, in that category are countless different groups, each with unique needs. Instead, they’re getting lumped together. In my view, BAME has served its purpose as a piece of terminology. It has to go.

Cricket, perhaps without even realising it, has been dealing with something similar. The South Asian Action Plan, launched by the ECB in 2018, is excellent: it targets an audience who love the sport and previously felt unwelcomed by the English game. But I feel it allowed administrators and coaches to say: ‘Look, we’ve got more BAME players now.’ What they meant was: ‘Look we’ve got more British-Asian players.’

Different communities need treating differently. We are not boxes to be ticked. I include in that white working-class kids, neglected by the system, too. It is important we become, like football, an all-access game. 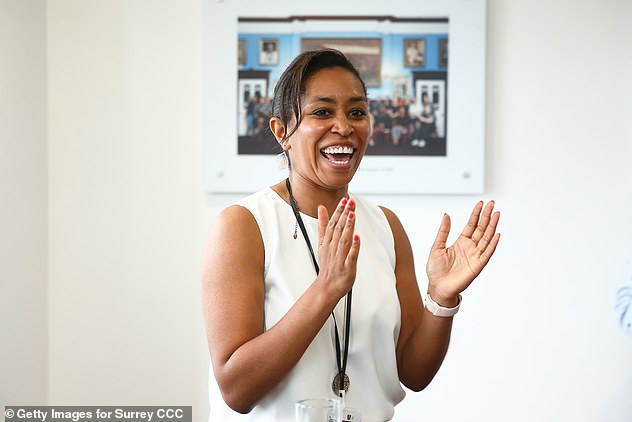 We had 100 kids attending our first ACE trials last year, and were going to offer 16 scholarships. But interest and standards were so high we upped it to 25. The breakthrough came in October, when ACE received £540,000 over three years from Sport England — enough to employ four full-time staff. Crucially, that allows us to build a talent pathway.

In theory, there will be nothing to stop a young black cricketer with no prior interest in the game from getting discovered and, if they have the talent, progressing through the system. Sport England also encouraged us to spread beyond London, and the ECB have given us funds to set up in Birmingham.

I do believe people are ready to listen. That is a major milestone. To see the shift within counties, to hear the conversations, to realise there is a willingness to change — that’s great. The speed is not quick enough for me, but I’m impatient.

Looking at my own career, I was one of the lucky ones. The LCCA were brilliant, and I remember being backed by Jenny Wostrack. At the time, I had no idea about her heritage, partly because she looked more white than anything. It turned out she was a niece of Frank Worrell, the first black man to captain West Indies for a full series.

That, I guess, is why she took an interest in me. Without Jenny, who died in 2013, I probably wouldn’t have made it. She drove me everywhere, helped me get scholarships, fought battles that needed fighting on my behalf.

Like I say, I was lucky and I’ll always be grateful. But young black cricketers should not have to be lucky to forge a career. Talent should be enough. And they should be able to trust the system will embrace and nurture them.

Yes, the ultimate winner will be English cricket. But it’s about far more. Only when all members of our community are on a level playing field will we be able to say cricket is truly inclusive. I’m optimistic 2020 will be regarded as the year things changed for the better.