Jofra Archer has withdrawn from his £800,000 Indian Premier League contract and will look to feature for Sussex instead in the build-up to England’s first Test against New Zealand.

Archer, 26, had been back bowling at full throttle this week – after a recurring elbow problem forced him home early from the winter tour of India – with the intention of hooking up with Rajasthan Royals for the remainder of a tournament that started a fortnight ago.

However, it was on Friday decided jointly between Archer, the Royals and the ECB, his primary employers as a centrally contracted player, that he would be best served remaining at Hove, mainly because the eight-day quarantine period required for him upon arrival at the IPL would be too disruptive to his rehabilitation period. 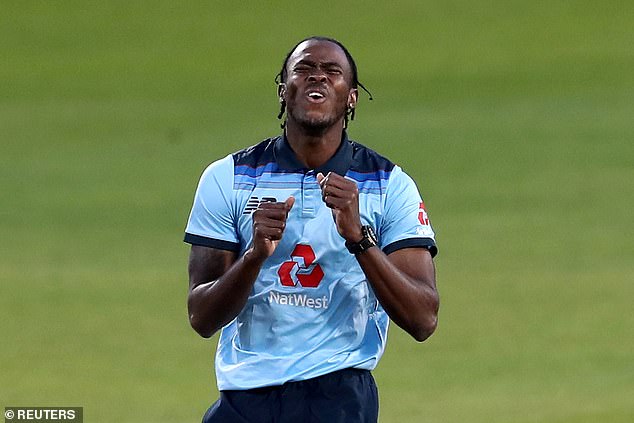 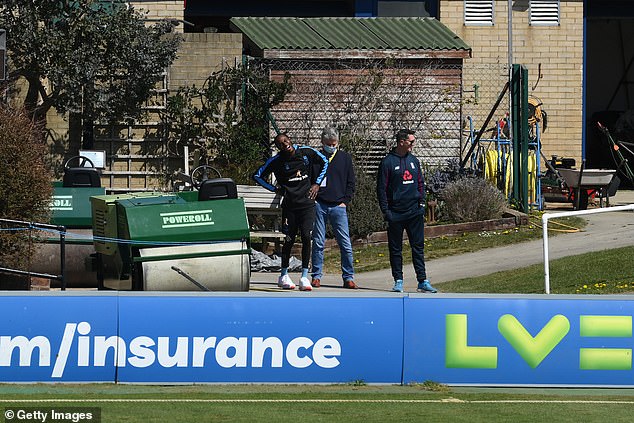 Archer, 25, has been back bowling this week after suffering a recurring elbow problem

He has been showing good early signs of recovery, working under the supervision of England physio Craig de Weymarn at his county base, and reporting daily to the ECB’s medical services lead Ben Langley.

If that continues, and he remains pain-free, the plan is for him to feature for Sussex’s second XI against Surrey on May 4 and against Kent in the County Championship the following week.

Before Archer became the third England player to be ruled out of Royals duty in a matter of days – following Ben Stokes’ finger break and Liam Livingstone’s bubble fatigue – both he and the franchise remained keen on him building on a 2020 IPL season in which he was named the tournament’s MVP. 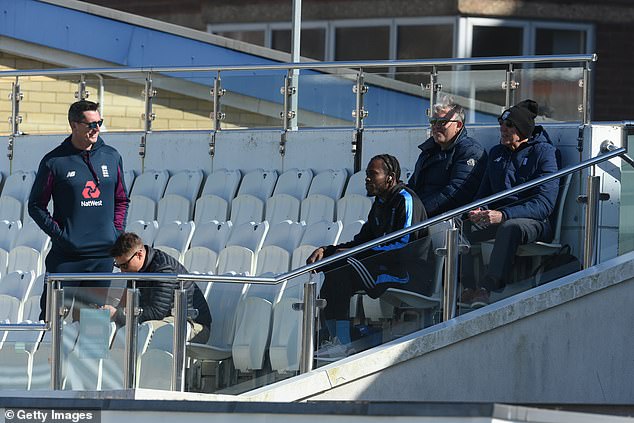 Players tend to take out insurance to cover their net IPL income, and as he is understood to have done so, Archer ought not be out of pocket.

England, meanwhile, will be hoping that a second cortisone injection of the year in his painful right elbow will allow the 2019 World Cup star – who also had surgery to remove a fragment of glass that had embedded itself in his bowling hand during his recent rest period – to get through a year that concludes with a bid to win a Twenty20 world title and regain the Ashes down under.

The first Test of seven this summer is against World Test Championship finalists New Zealand at Lord’s from June 2. 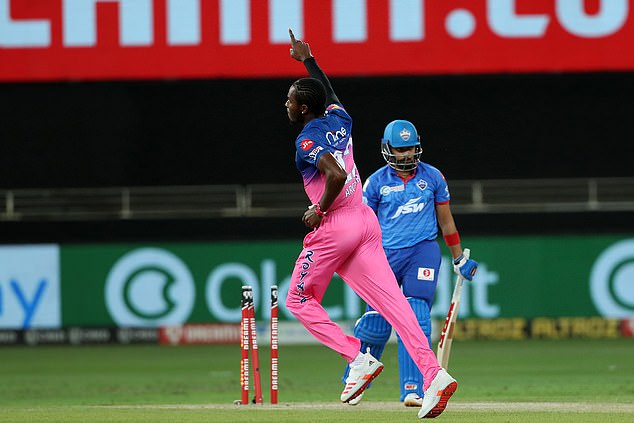