Elliot Daly has become adept at cutting out the noise.

Through his move from Wasps to Saracens in 2019, their salary cap saga, England’s poor recent Six Nations, his dip in form and then second selection for the British & Irish Lions this week there has been a lot of it.

Searching his name on Twitter after Thursday’s announcement – where he was fourth out alphabetically to make the South Africa tour – and you will find him being referred to a ‘as huge surprise’ and ‘lucky’, along with many head-exploding emojis. 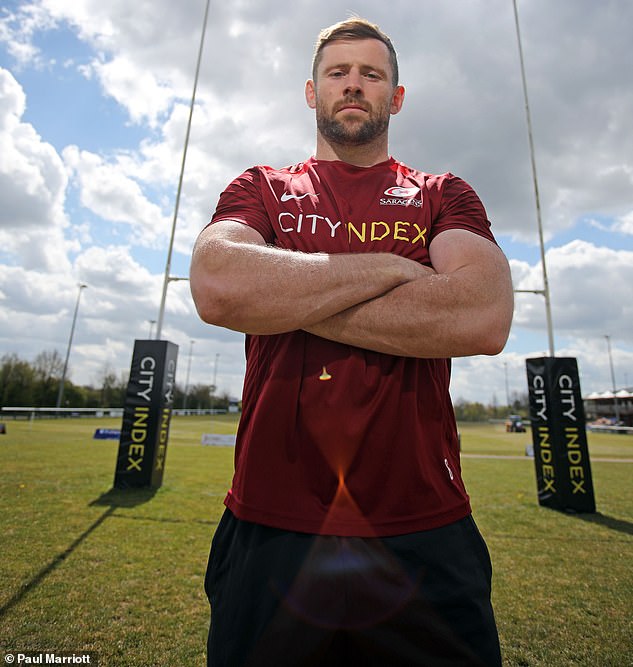 And those are the kinder ones.

Just as well then that the brains of social media are not entrusted with selecting a Lions squad, and that Daly himself is an expert in eluding the virtual void.

‘It’s part of professional sport at the moment,’ he says of the abuse flying around.

‘I use social media but I don’t go on necessarily to read stuff. It’s very easy to, and just to go on when you have a good game, but you’ve got to take it for what it is and understand there are people on there that don’t think you’re a good player, in form or whatever.

‘Some people like to read it, and use to spur them on, but for me it’s about ignoring it until you’re in the situation where you can say your bit.’ 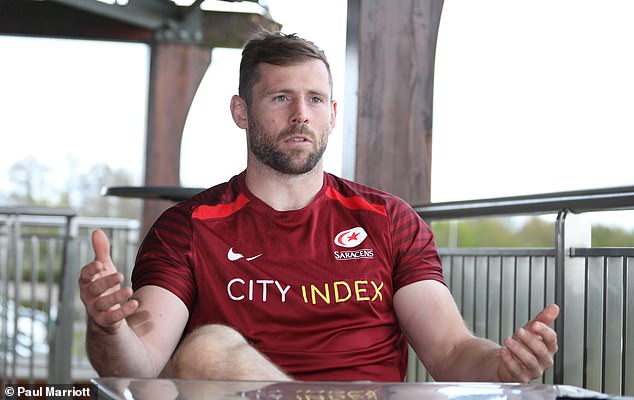 Daly and his England team-mates have had a lot of practice avoiding critics. After finishing fifth in the recent Six Nations under-fire coach Eddie Jones warned his players they would face serious scrutiny.

‘We came together at the end and said that England going from the World Cup final to a couple of years later finishing fifth in the Six Nations is not what we want to be doing,’ Daly revealed.

‘It hasn’t gone to plan, but we showed glimpses of what we can do when we bring it together.

‘The way the England group is at the moment is, there is stuff going on outside, but we’re very insular on believing what we’re doing. 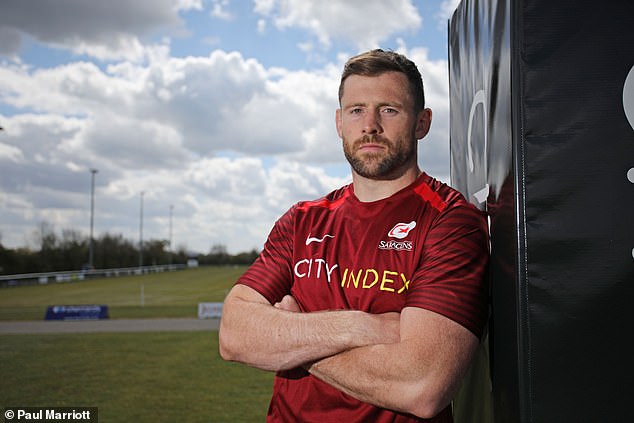 ‘We probably didn’t play well in one-and-a-quarter games in the first three, but we showed in the France win what we were about. That was probably one of the most resilient performances for a while from an England team I’ve seen.

‘Eddie is one of the best guys I’ve ever worked with in terms of training, camp environment, culture, everything.

‘He said himself there’s going to be a lot of noise, but it’s deciding what you take into the next one, that’s how we grow for the next time we’re back together.’

Daly is self-aware enough to admit his early tournament form was awry – a question of muddled thinking, he reckons.

‘I was a little bit off at the start of the Six Nations, but I got back to what I’m good at,’ he analyses.

‘I was overthinking, and when you do that you tend not to make the right decisions. 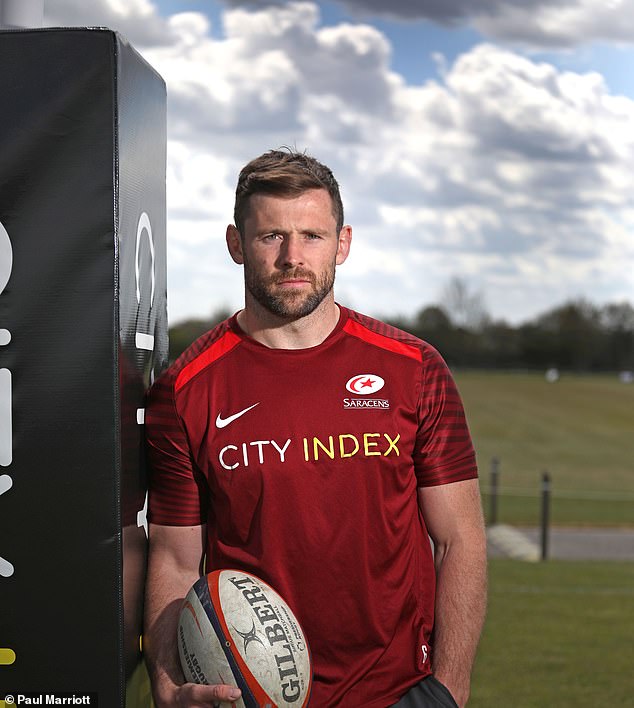 Daly has been adept at cutting out the noise around Saracens, England and the Lions

‘The last two, three games I threw it out the window and thought “do what you do, believe in what you do” I’ve taken that into the Championship games as well – trying to get the ball in my hands, create space for others. I think I’ve got back to some good form.

‘It was backing myself basically.’

Now he has done that, so have the Lions. Attack coach Gregor Townsend purred about Daly’s game-breaking ability at outside centre – where he prefers and asked to play at Saracens – but one of the main reasons the 28-year-old is going? He can kick it a mile.

Daly is 40 minutes late for our interview as he is having fun on the back pitch at Old Albanians RFC, Sarries’ training ground, on Friday morning.

Whacking balls with his canon of a boot, he eventually breaks an unofficial world record, sticking one over from 65.5 metres out.

If that is at sea level, what about at 5,700ft up in Johannesburg where the final two Lions Tests will be? 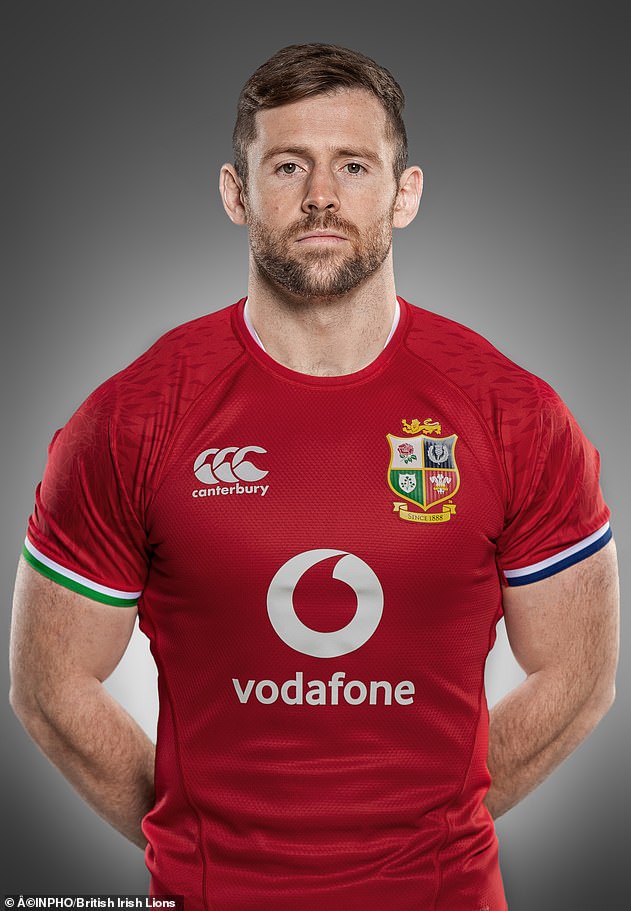 ‘It does actually go a lot further than you think up there,’ he smiles.

Daly’s skill was honed when out kicking with father Martin at Beckenham and later Dorking RFC. At 14 he settled on a type of raised tee he still uses to this day.

‘For Whitgift in the Daily Mail Cup final at Twickenham I kicked a penalty from 60 metres. I was 18 then,’ he remembers.

‘It’s a good skill. You don’t want to practice it too much as there’s quite a lot of force going through the body – it’s more about the contact than anything else.’

From the outside Daly’s Saracens experience has looked anything but fun. Since he joined the club have broken the salary cap, been relegated to the Championship and disgraced.

‘I came to the club to win trophies, play with the best players around the world, and so to be told five, six games in you’re going to get relegated to the Championship – it has been tough,’ Daly candidly tells Sportsmail.

But while he admits there have been struggles, Daly cites the emotional bonds among the senior England core as to why he has really ‘loved every minute’ of this strangest of seasons.

‘The way everyone is around here is very different to what I had at Wasps and to what I’ve heard of other places,’ he explains. 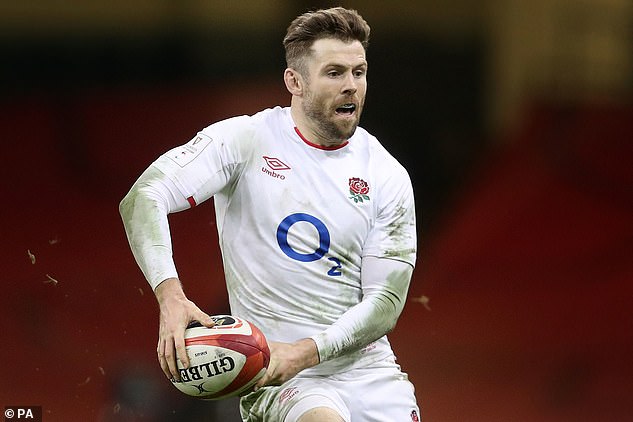 ‘Everyone is very personal, knows each other’s families. It’s more about your outside life than rugby much of the time.

‘If someone is having a hard time we rally round them.’

Owen Farrell, Maro Itoje, Mako and Billy Vunipola, Jamie George and his best man Daly have been key to keeping the club together. When bombshells dropped discussed what on earth to do.

‘“Are we going to attack it, take it for what it is, and move on?”’ Daly relays the conversation.

‘It was very easy to say “I want to make sure of myself, I want to play elsewhere”. But we agreed to buy in together.’

They gathered in the winter, training the house down with extra fitness and weights with no matches to play, driving each other on to come back stronger. 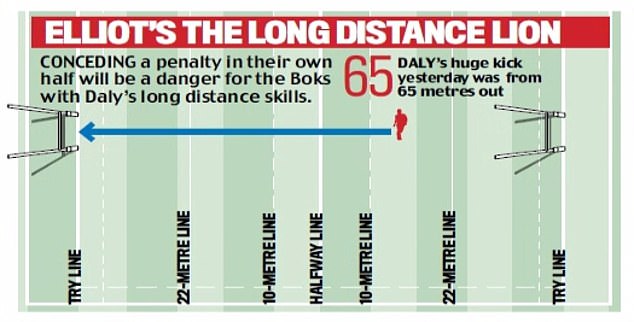 Whatever you think of Saracens it is remarkable their club will be the most represented on this Lions tour. Their five beats four each from Exeter, Leinster and Scarlets. Not bad for a Championship club.

They wished it was six, though. Billy Vunipola was the one to miss out. The others felt his pain.

‘He’s so generous with everything he does.

‘I chatted to him and said I’m gutted for the way it’s gone for him, but he was the first one to say congratulations to me and “don’t worry about me, I’ll get on with what I need to do.”

‘He’s a brilliant person to be in that situation.’

Daly watched the announcement himself at home with fiancée Michelle out the corner of his eye, and is delighted to be touring again.

South Africa during Covid will be altogether quieter, with restrictions and few fans, but then again Daly and his Saracen Lions will be ready to roar in the deafening silence having learnt to cut out the noise.