Neil Wagner, the New Zealand left-armer who talks as tirelessly as he bowls, couldn’t forget his only previous Test series in England even if he wanted to.

We are speaking eight years to the day since his team set off in pursuit of 239 for what would have been just their second victory at Lord’s — only for Stuart Broad to bundle them out for 68.

‘It’s funny,’ says Wagner, in quarantine at Hampshire’s Ageas Bowl. ‘I’ve been on Facebook this morning and there was a video of Broad running through us with seven wickets. It was a typical Lord’s day with cloud cover and it fell nicely into their hands. But England are quality opposition in their own conditions and Anderson and Broad are even better now.’ 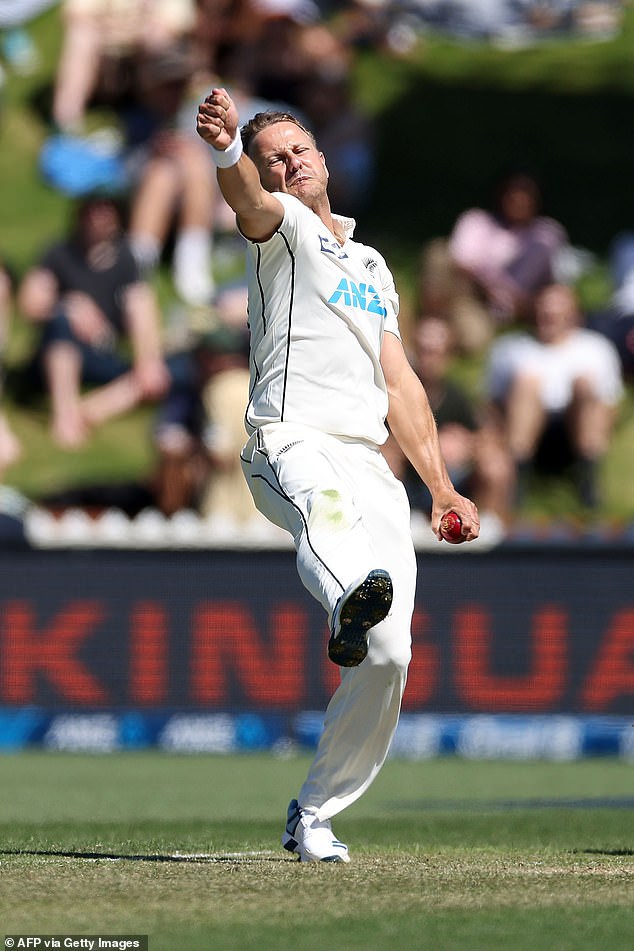 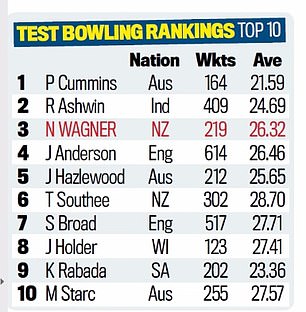 ‘Back then, I wasn’t really established in the team,’ he says. ‘I was still vying for my spot and trying to prove my worth.’

Since then, he has proved it many times over. Even in a line-up boasting Trent Boult, Tim Southee and the fast-emerging Kyle Jamieson, he is the top-ranked New Zealand bowler in the world. Only Australian quick Pat Cummins and Indian spinner Ravichandran Ashwin lie ahead.

Wagner has got there through sheer hard work, often bombarding batsmen during long spells of short-pitched deliveries made all the more effective by their left-arm angle. Against Australia in 2019-20, he bounced out Steve Smith four innings in a row. His evolution is no accident. 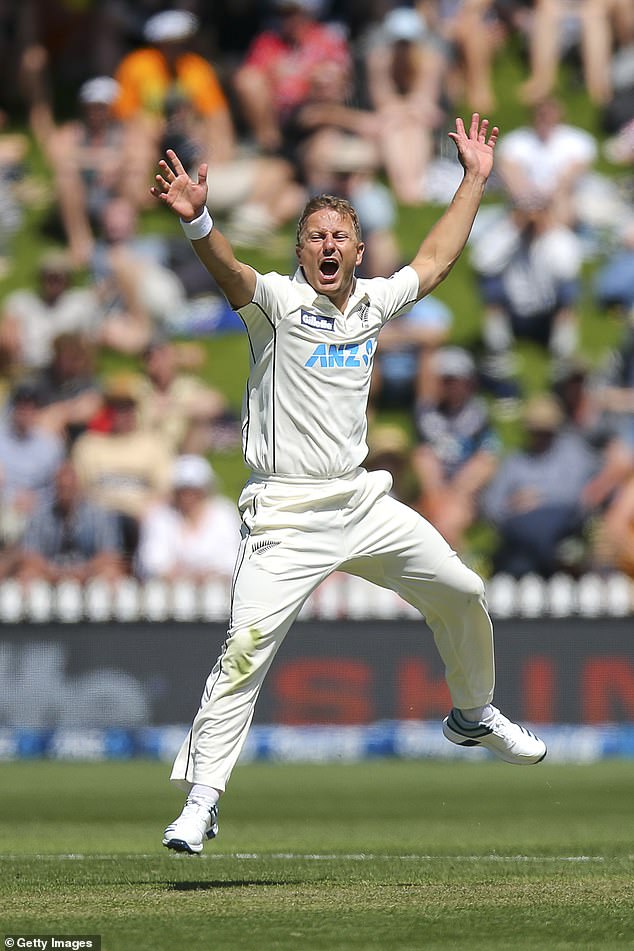 ‘We’ve got two guys in the team in Trent and Tim who are extremely good with the swinging ball,’ he says. ‘Rather than try to compete with that, I wanted to offer something different, to complement them.

‘The left-arm angle does help. There aren’t many lefties in the world who do it like me. I’m also a bit shorter, so the ball comes through quite skiddy.’

England should know what to expect. At Mount Maunganui in November 2019, Joe Root’s bowlers conceded 615 for nine on a merciless surface. Wagner was unfazed, following three first-innings wickets with five for 44, when he rendered the pitch redundant with rib-ticklers and toe-crushers. New Zealand won by an innings.

In the next game, at Hamilton, the pitch was even more comatose. Wagner managed five for 124. He turned 35 in March but has the energy of a man a decade younger. And he was a big part of New Zealand’s rise to the top of the Test rankings, though they have since been replaced by India — their opponents in next month’s World Test Championship final.

He has bowled dirty overs and painful overs. In December, he had two toes broken by a yorker from Pakistan’s Shaheen Shah Afridi but bowled through the pain. 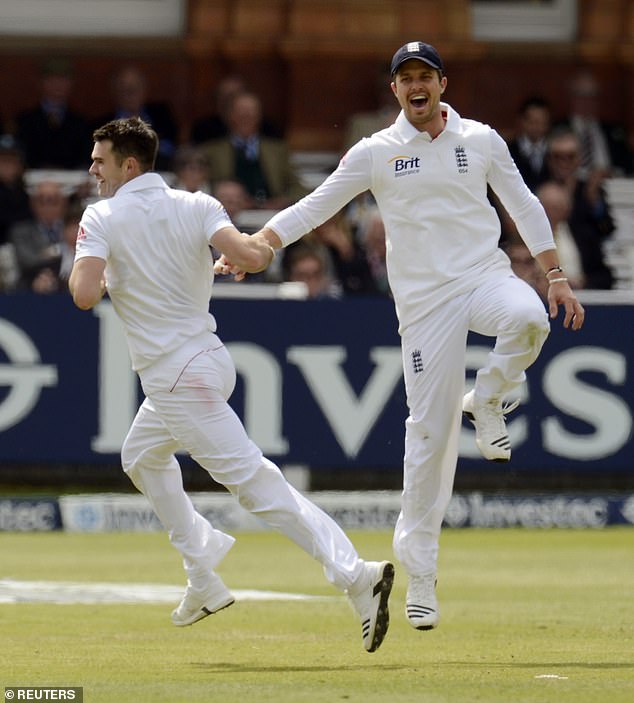 ‘It was awful. I kept thinking, why am I doing it? But I wanted to be part of it all. We needed to win both Tests to get to the final, and it was about playing for the team. I’m glad I did it.

‘I like to play with passion. I love playing for New Zealand. It’s not always easy to bowl long spells of short-pitched stuff but it’s something I take a lot of pride in.’

The first Test will be New Zealand’s first return to Lord’s since the World Cup final in July 2019. A Test specialist, Wagner was not in the team who lost to England in a super over but he is sensitive to his team-mates’ pain.

‘I do feel some of the boys will be a bit raw,’ he says. ‘Some memories will come back which will hurt because it was a tough pill to swallow. It could have been a monumental day in their lives and it ended up being heartbreaking.

‘At the same time, you’ve got to move forward. Opportunities to play England at Lord’s are very rare. I think they’ll shake it off.’

If they’re struggling, Wagner and his bouncers should jolt them into action.