Jofra Archer will undergo surgery on his right elbow on Friday in a bid to overcome an injury that has dogged him for months.

England’s medical team informed the 26-year-old that an operation would be the best course of action and he will undergo the knife in the UK on Friday.

‘England and Sussex bowler Jofra Archer has been reviewed by a medical consultant in respect of his right elbow soreness. He will now proceed to surgery tomorrow,’ said an England team spokesperson. 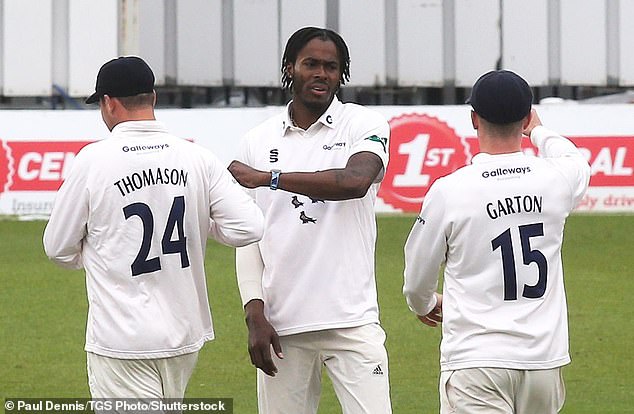 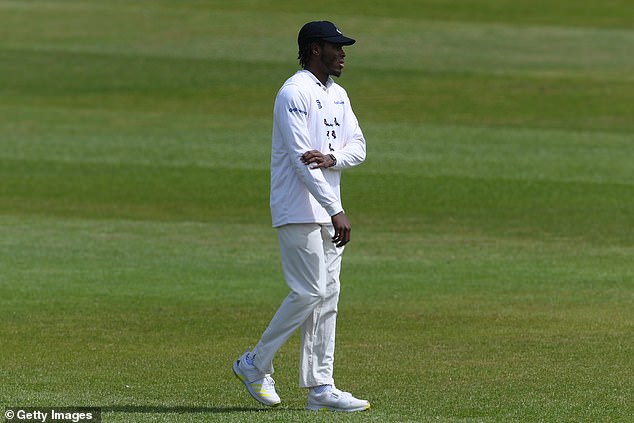 Since the turn of the year, Archer has attempted to nurse himself through a hectic international schedule via bouts of rest and pain-killing injections.

However, he was asked to make a potentially career-defining decision after visiting a consultant on Tuesday, as revealed by Sportsmail.

A provisional appointment for an operation was booked and subsequent talks with an elbow specialist on Thursday persuaded him to go ahead with the proposal.

The ECB have not disclosed the nature of the surgery but the period for which the 2019 World Cup-winning star is sidelined as a result will be determined by its success – it is anticipated to be anything up to 10 weeks, taking him within days of the first Test against India on August 4.

Archer was diagnosed with a stress fracture in the elbow while on a tour of South Africa two winters ago and has suffered intermittently since, although medics insist the two issues in the joint are unrelated. 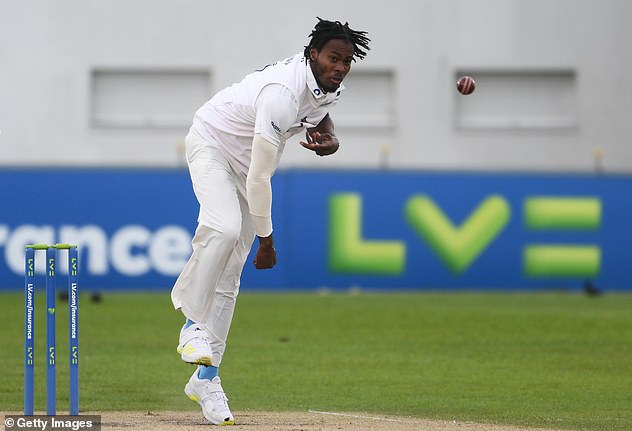 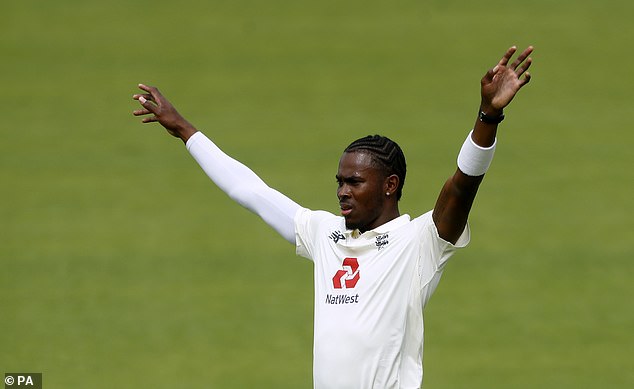 Last weekend, he was too sore to bowl on the third day of Sussex’s match versus Kent despite only sending down 18 overs across the previous two. Last winter, he was ruled out of two Tests in India when he felt aggravation during warm-up days.

It is hoped that this last resort route will consign pain management to the past and have him fully fit and firing for the year’s main events – the World Twenty20 in the autumn and the Ashes series down under that immediately follows it.

England are acutely aware of the value of a man whose short-form prowess saw him named the Indian Premier League’s MVP six months ago and one whose effortless pace offers an extra dimension to the Test team’s attack on the faster, bouncy pitches of Australia.