Lewis Hamilton took pole position for the Spanish Grand Prix – the 100th of his career.

The Briton, who leads the standings by eight points, reached the landmark on the track where he has won for the last four years – the Circuit de Catalunya.

He could not improve on his final flying lap but nor could Red Bull’s Max Verstappen, who was second best, three-hundredths back. The champ had done enough already. Valtteri Bottas, in the second Mercedes, was third best a tenth behind his team-mate. 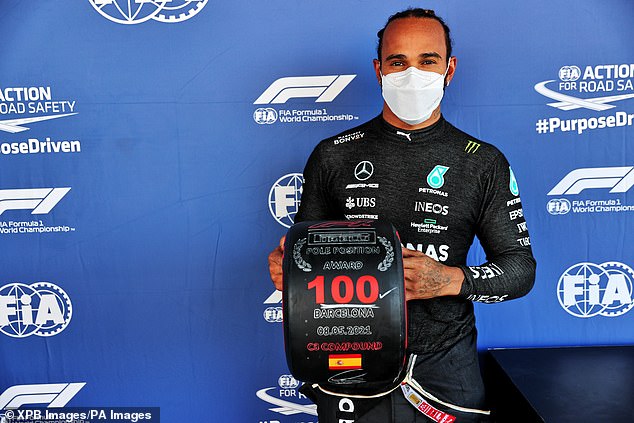 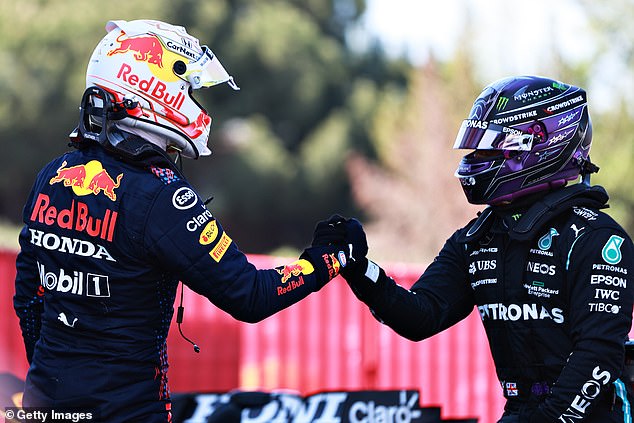 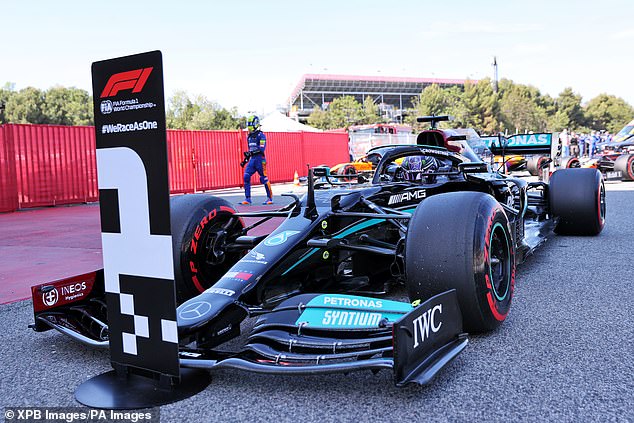 Charles Leclerc of Ferrari was fourth, while Brit Lando Norris was ninth quickest.

But the glory belonged to Hamilton, with his record-extending 100th pole – another slice of history. 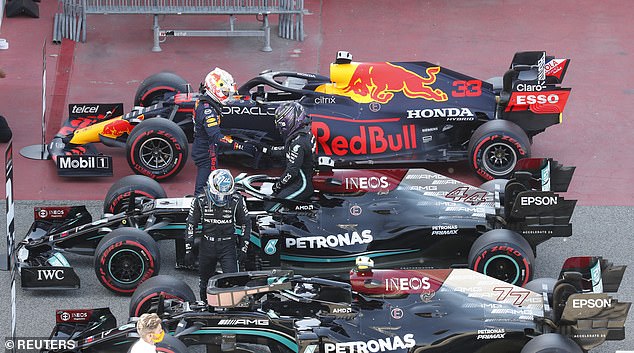 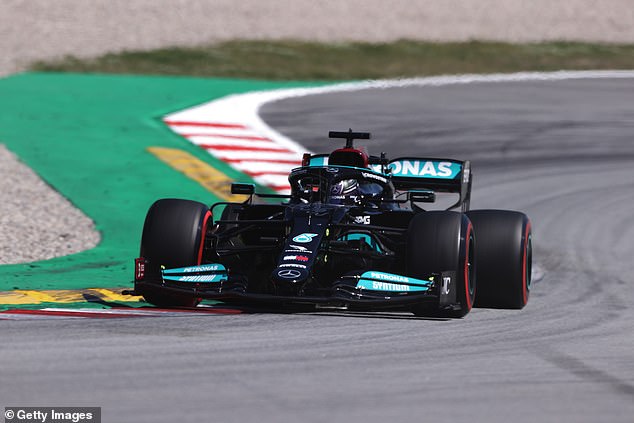 RE-LIVE ALL THE ACTION HAS HAPPENED…

Lewis Hamilton will be looking to build on his impressive victory in Portugal last time out as he targets pole position for Sunday’s Spanish Grand Prix.

The Brit is hoping to land a record eighth consecutive world championship this term but up against rival Max Verstappen will be keen to secure a starting place from the front of the pack heading into the race at the Circuit de Catalunya in Barcelona.

Follow Sportsmail’s DAN RIPLEY for live Formula One coverage of qualifying for the Spanish Grand Prix, including build-up, updates and the result with the session getting underway from 2pm BST.