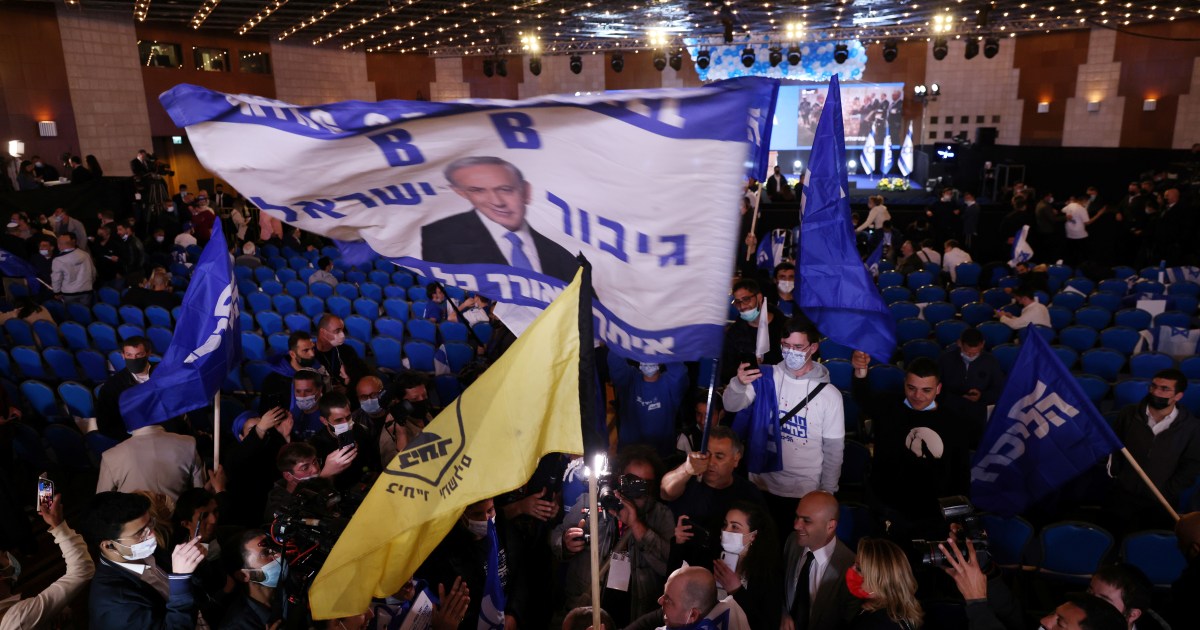 Final election results have shown Israel in a political deadlock once again, with Prime Minister Benjamin Netanyahu and his opponents falling short of a governing majority.

Tuesday’s vote, Israel’s fourth parliamentary election in two years, was widely seen as a referendum on Netanyahu’s fitness to rule while on trial for corruption.

He put Israel’s highly successful vaccination drive at the centre of his campaign but was criticised for earlier missteps during the pandemic and for refusing to step down after being indicted.

Israel’s election commission said on Thursday that with 100 percent of votes counted, Netanyahu’s right-wing Likud party and his natural allies have won 52 seats in the 120-seat Knesset, Israel’s parliament. An ideologically diverse array of parties committed to replacing him won 57 seats.

A right-wing party led by former Netanyahu ally Naftali Bennett won seven seats and an Arab Islamist party led by Mansour Abbas won four. Both are uncommitted, but given the many rivalries in parliament, it is not clear whether either can deliver a required majority.

But on Thursday, head of the Religious Zionist Party, Bezalel Smotrich, said “there won’t be a right-wing government with the support of Abbas,” effectively closing the door on a possible union between Israel’s Islamist and religious Jewish parties.

Gideon Saar, a defector from Netanyahu’s Likud who now heads a six-seat party committed to removing him, said “it is clear that Netanyahu does not have a majority to form a government under his leadership. Action must now be taken to realise the possibility of forming a government for change”.

Likud, which won the most seats of any party, fired back, saying such a bloc would be “anti-democratic”. It compared Netanyahu’s opponents to the religious leadership in Israel’s arch-enemy Iran, which vets candidates for high office.

He added that inherent weaknesses in Israel’s electoral system are compounded by “the Netanyahu factor”: a popular prime minister struggling to stay in power while under indictment.

“Israelis are split right down the middle on this question.”

Several of Netanyahu’s opponents have started discussing advancing a bill to disqualify a politician under indictment from being tasked with forming a government, a measure aimed at barring the long-serving prime minister from office. A similar bill was floated after the March 2020 elections, but was never passed.

Netanyahu is on trial for fraud, breach of trust and accepting bribes in three cases. He has denied any wrongdoing and has dismissed the charges as a witch-hunt by biased law enforcement and media.

Despite the charges against him, Netanyahu’s Likud party received about a quarter of the votes, making it the largest party in parliament.

A total of 13 parties received enough votes to enter the Knesset – the most since the 2003 election – and represent a variety of ultra-Orthodox, Arab, secular, nationalist and liberal factions.