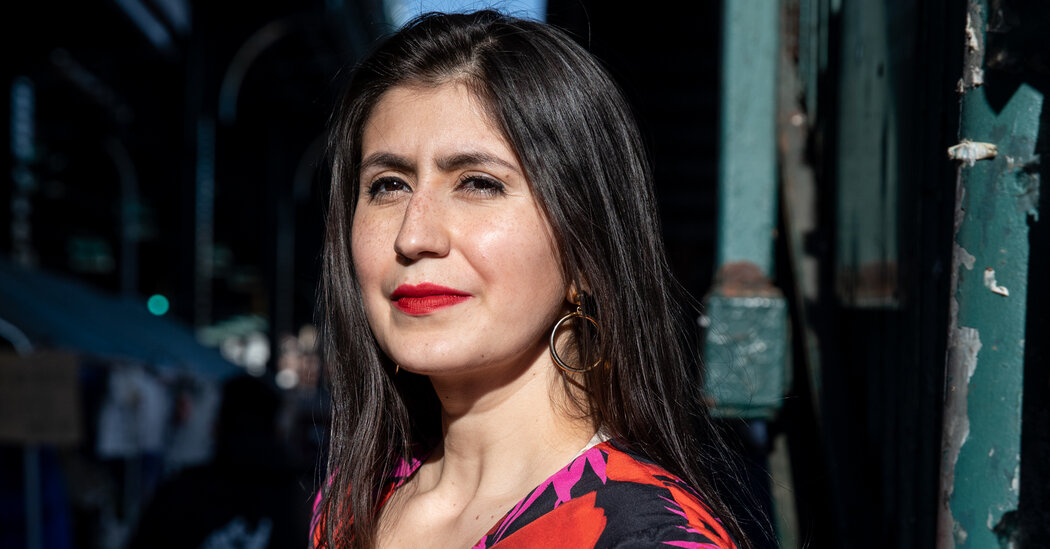 Last spring, when long lines at food pantries first began to form in Queens — where the coronavirus struck harder than almost anywhere else in the country — Jessica Ramos, a New York state senator, knew whom to call to feed her neighbors.

It wasn’t the thousands of family-run restaurants that define her district, whose biryani and enchiladas she so proudly promotes on Twitter, or even its street vendors, whose right to work she often steps in to defend. It wasn’t even the hospitality unions she worked for in her 20s.

It was Maureen Torrey, a farmer in the Western New York village of Elba, who had vocally opposed one of Ms. Ramos’s most consequential bills to date — the Farmworkers Fair Labor Practices Act, a law some of her colleagues in Albany are still working to repeal.

The 2019 bill, which passed in her first year in office, gave New York farmworkers the right to unemployment benefits and overtime pay, an expensive shift in an industry where 72-hour work weeks can be the norm, said Ms. Torrey, whose family produces vegetables and milk on more than 10,000 acres.

Ms. Torrey has since had to scale back her work force and retool the farm’s economics. Yet she didn’t hesitate to send a truckload of free food down to Queens for 12 straight weeks last year.

Somehow, Ms. Ramos — an outspoken young member of the Democratic Party’s powerful progressive wing — had impressed everyone on a 2019 visit to Elba to talk about the bill.

“She wasn’t afraid to get dirty,” said Ms. Torrey, recalling how a crowd of 200 farmhands gathered to talk to the senator in a packing shed, then took her into the mucky spring fields to plant onions.

“They were like, ‘What is this city girl doing trying to tell me how to run my farm?’” said Ms. Ramos, 35, a first-generation Colombian-American who represents the diverse, densely populated 13th Senate district where she grew up. “Yes, I am a city girl, but I eat food and so do my neighbors, and I care about food a great deal.”

Food policy is rarely among the hot-button issues that propel political careers. When food does show up, it’s usually on campaign stops, where candidates make a show of eating untoasted bagels or dirty-water hot dogs.

But for Ms. Ramos, who once considered attending culinary school and is now a member of the Senate’s agricultural committee, food is not a prop. It’s a political platform.

She has fought for legalizing the e-bikes used by food-delivery workers, and helped lead the April passage of a $2.1 billion fund to aid workers ineligible for other pandemic relief, many of whom work in the food industry. She helped teachers finance a farming-education program at an elementary school, and ran a recent hearing that brought together farmers and city leaders from across the state to address issues like hunger, health and helping struggling farms.

Most of her pet projects are on behalf of the people she represents, Ms. Ramos said. According to research from the state comptroller, her district is home to the largest percentage of New York City’s food work force. More than 24,000 food workers live in just three of her neighborhoods: Corona, Elmhurst and Jackson Heights.

Many are immigrants; some are undocumented, as Ms. Ramos’s mother once was. Even before the pandemic, Ms. Ramos said, these workers were overlooked, underpaid and underserved by all levels of government.

Yet her focus also reflects her passions, said Andrew Rigie, the executive director of the New York City Hospitality Alliance, a trade group for restaurants, bars, hotels and other businesses related to food service.

“She is really such a foodie,” Mr. Rigie said. So much so that she was featured in a New York magazine food column called “Grub Street Diet.”(Her recounting of everything she ate over four days was more exciting than most people’s entire culinary year.)

Mr. Rigie’s organization is often directly at odds with Ms. Ramos on thorny issues facing the industry — she supports legalizing street vending across the state, and eliminating the subminimum wage for tipped employees — but he still counts himself a fan. “I love Jessica,” he said.

Part of the reason is their shared appreciation for restaurants, but also how quickly she came to their aid. “When the pandemic hit, she was really just out there on the front lines fighting for people in the food industry,” Mr. Rigie said.

Last fall, she helped organize protests against confusing state coronavirus rules that have closed restaurants or required them to pay steep fines. “It was a shakedown,” said Ms. Ramos, who contended that inspectors were deliberately picking on smaller businesses that couldn’t fight them in court.

In February, she sharply urged Gov. Andrew M. Cuomo to allow vaccinations for food workers who had never stopped going to work. (“Get out of your billionaire bubble, sir,” she tweeted.)

In an email response to The New York Times, Rich Azzopardi, the governor’s senior adviser, rejected her claim that Mr. Cuomo is out of touch: “That type of false, threadbare, and calorie-free rhetoric is eye rolling in normal times, but even worse during a pandemic — though I suppose punching up and hoping the media notices is an easy way to lift your profile.”

It was not the first time she tangled with Mr. Cuomo over food workers’ rights. In 2019, the governor delayed passage of the bipartisan bill she spearheaded to legalize the e-bikes used by delivery workers. A recent article in The New Yorker reported that “according to insiders, the underlying reason was the Governor’s hostility toward Ramos, a rising star in state politics.”

Ms. Ramos has long said her goal is not a long career in politics, but “to make waves,” as she put it in a 2020 profile in the political magazine City & State. (In the accompanying photograph, Ms. Ramos was shown happily eating a frozen dessert.)

Ms. Ramos is still largely focused on her district. Over the past year, she has gone door-to-door helping restaurant owners to navigate reopening and to get their streets closed for outdoor dining.

One of those constituents was Fernando Cando, the owner of the Ecuadorean restaurant Leticias, in Corona. “I called four different people, and she’s the only one who wrote back,” Mr. Cando said.

By the end of their February meeting over guatita tacos and roast pig with fava beans and corn, they were making plans to get Mr. Cando to the local farmers’ market for a cooking demonstration.

“I love that idea,” said Ms. Ramos, gesturing with a crisp-skinned rib. “Local chefs, sharing our food. Showing our community how to eat healthy from local farmers.”

That Ms. Ramos would simultaneously support owners, workers and diners does not surprise Marcos Muñoz, her best friend since high school.

Mr. Muñoz, who owns a Queens restaurant called Mojitos, said one of Ms. Ramos’s most notable traits as both a person and a politician is being equitable. “She wants everyone to have a plate of food on their table,” Mr. Muñoz said.

Activism was instilled in Ms. Ramos by her parents, she said, who emphasized the importance of organized labor and taking care of those with less. They also taught her to respect farmers like her grandparents. “I always grew up hearing about the campesinos,” she said, using a Spanish word that roughly means small farmer or farmworker.

By grade school, she was reciting 50-year-old speeches by Colombian political activists. She was also cooking dinner — her parents had divorced, and her mother worked long hours as a seamstress — inspired by Julia Child’s cooking shows.

Her father would take her along to political meetings and to restaurants. She loved both. “Growing up, it felt like my dad knew every restaurant owner,” Ms. Ramos said. “For me, Sundays were extremely special because my friends and family would go out to a bakery or restaurant.”

Ms. Ramos now likes to show many of those same places to her two young sons, colleagues, lobbying groups and food writers, using her favorite haunts for Colombian hot dogs or Tibetan momos as a way to lure dollars and attention to her district.

One food crawl for friends at City Hall — where she worked in communications until she began running for office in 2017 — figured prominently in an official proclamation that Mayor Bill de Blasio gave her when she left the job.

“Jessica will sometimes offer a few gently expressed ideas on food, where to get it, where the best places are, and why what you are eating isn’t up to her standard,” he wrote. “Our advice: If you are going to hang with Jessica be sure to bring your arepa A-game.”