A new invention from Ford could have roadside billboards beaming back personalized advertisements onto dashboard screens.

According to a patent published on May 6, Ford wants to add a sensor capable of reading billboard interfaces and sending that data to a car’s dashboard for the purpose of displaying ads.

It’s not clear how long it will be before such technology is actually in vehicles, or if Ford will move ahead with the patent at all, which first was filed in 2016.

The patent is likely to raise eyebrows among road safety experts, as distracted driving killed 3,142 people in the U.S. in 2019 according to the National Highway Traffic Safety Administration (NHTSA).

An additional 400,000 people were injured in crashes resulting from distracted driving, according to Centers for Disease Control statistics.

The NHTSA defines distracted driving as ‘any activity that diverts attention from driving, including talking or texting on your phone, eating and drinking, talking to people in your vehicle, fiddling with the stereo, entertainment or navigation system.’ 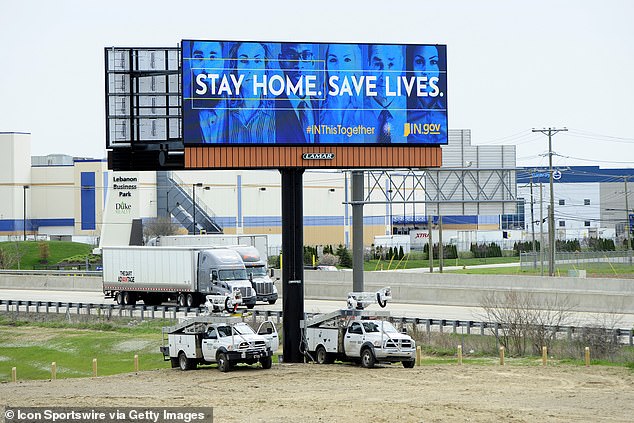 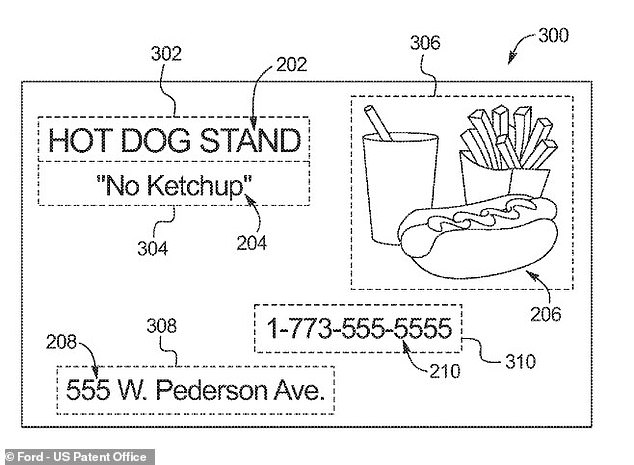 Ford’s patent would see cars get sensors that are able to read billboards and then scan them for information such as telephone numbers and addresses. A complicated diagram included in its patent aims to explain how the censor would read certain items to beam back to the car 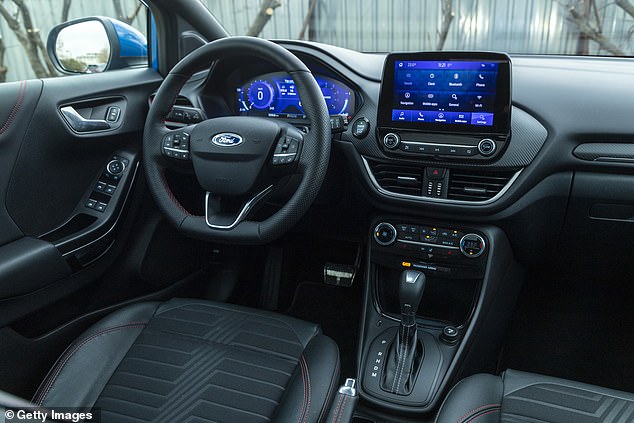 The move comes as the company has said it wants to move beyond merely manufacturing cars.

In the patent, Ford gives the example of an advertisement for a hot dog stand. The new technology could send the hot dog stand’s telephone number, address – and maybe a special offer – to the car’s dash board.

The patent mentions communicating back and forth between billboard and car with a ‘communication module.’

It’s unclear if, and when, Ford would look to put the patent into fruition, or what kind of safety measures also would be included.

Companies patent new technologies all the time and many of them never make it into products.

Nonetheless, the idea of using technology to potentially give drivers an additional screen to look at may raise some eyebrows, given that Ford’s fourth-generation autonomous test vehicle will not be ready until at least 2022, Ford wrote in an October blog post. 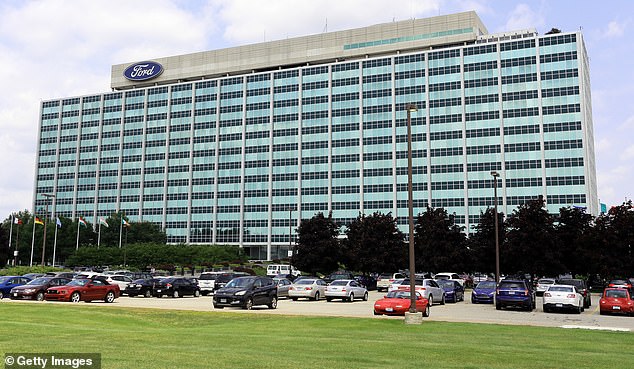 Ford headquarters outside of Detroit, where the CEO says he wants to move the company beyond just manufacturing cars

Daily Mail has reached out to Ford with a request for comment for this story.

In September 2020, Ford CEO Jim Farley said the company was looking extensively at ways to generate revenue from connected vehicles, according to Ford Authority.

On the company’s most recent earnings call, Farley, who took over for Jim Hackett, said the automotive giant is attempting to shift from a ‘traditional’ car manufacturer into a company where the sale and manufacture of the vehicle is just the first step.

‘And we’re going to leverage our connected vehicles to transform the customer experience and truly shift Ford from a more traditional’ carmaker to one where carmaking is just the first step, Farley said in late April.

The 58-year-old Farley added the company will have more to say on its connected car initiatives at its investor day on May 26.