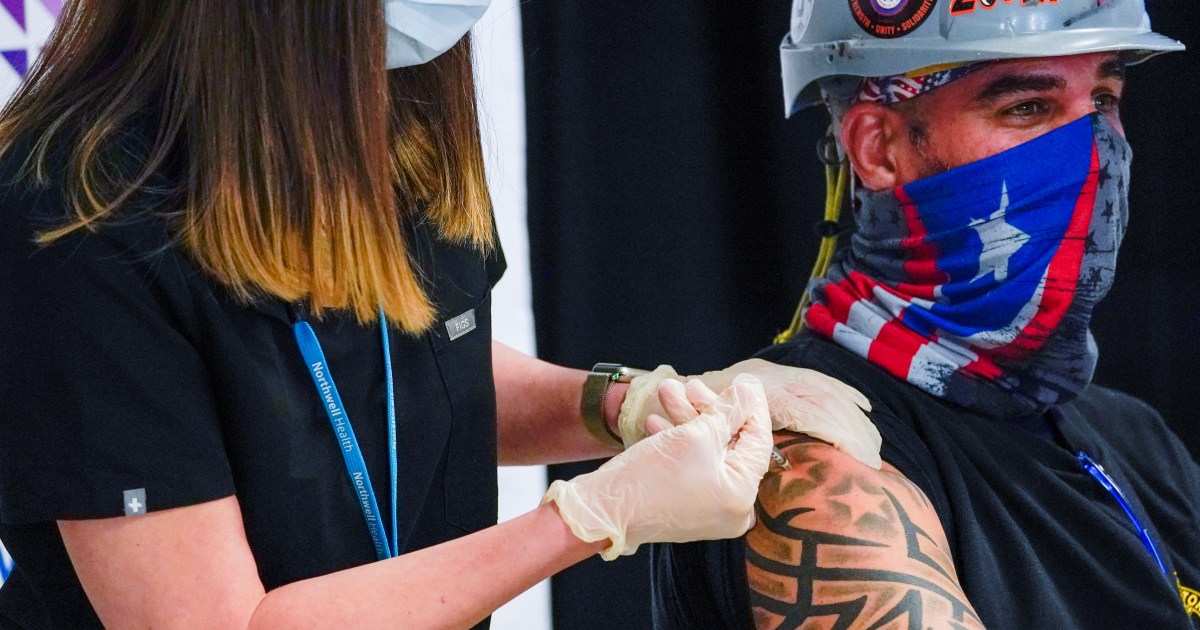 The measure would allow vaccine manufacturing to ramp up globally, the letter reads, as public health experts have raised concerns that low-income countries are behind left behind without access to critical coronavirus jabs.

At the current rate, the world’s poorest nations will have to wait until at least 2024 to reach “mass immunisation”, the signatories, which included former UK Prime Minister Gordon Brown, ex-French President François Hollande and Muhammad Yunus, winner of the Nobel Peace Prize, said.

“We believe this would be an unparalleled opportunity for the US to exercise solidarity, cooperation and renewed leadership,” they said.

In the US, where the pandemic has killed more than 564,000 people, the Biden administration has pledged to make COVID-19 jabs available for every eligible US adult by next week.

The country has contracts with pharmaceutical makers Pfizer, Moderna and Johnson & Johnson, and as of Wednesday morning, slightly more than 37 percent of the population had received at least one jab, according to the US Centers for Disease Control and Prevention (CDC).

Biden, who made tackling the pandemic a central goal of his presidency, has said the US would share any surplus of vaccines with other countries once all US citizens are vaccinated. But he has provided few details about how the US intends to eventually allocate those doses.

“We will not end today’s global pandemic until rich countries – most especially the US – stop blocking the ability of countries around the world to mass produce safe and effective vaccines,” Françoise Barré-Sinoussi, a Nobel laureate in medicine, said in an Oxfam statement accompanying Wednesday’s open letter.

“That the Biden administration is considering waiving barriers related to intellectual property rules offers hope for the international community. If the United States supports the lifting of patents, Europe will have to take its responsibilities,” Hollande, the former French president, also said.

The US has committed $4bn to the COVAX programme, which aims to help lower-income countries acquire vaccines.

Leaders of the US, India, Japan and Australia – the so-called “Quad” countries – last month also announced plans to work with the World Health Organization to develop and distribute COVID-19 vaccines to one billion people in the Indo-Pacific region.

Separately, the US, Australia and Japan have agreed to accelerate the production of US vaccines in India beginning in 2022.