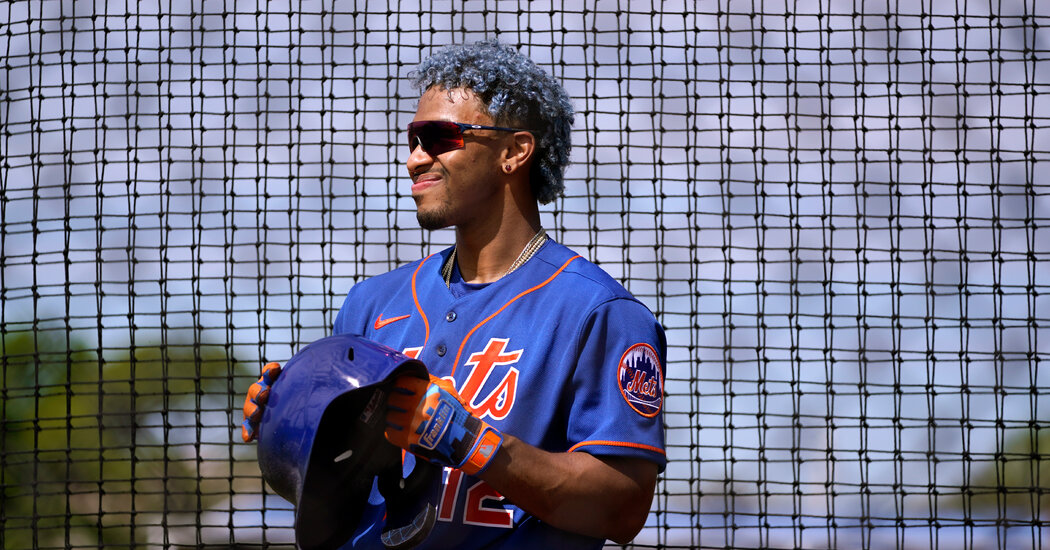 On the eve of his first game as the Mets’ shortstop, Francisco Lindor set a franchise record late Wednesday night: He became the highest-paid player in team history.

Lindor and the Mets agreed to a 10-year, $341 million contract extension that starts in 2022, according to a person with direct knowledge of the agreement. The person was granted anonymity because the team had not officially made the announcement.

Lindor, 27, joined the Mets from Cleveland in a six-player trade on Jan. 7. His new deal, coupled with his $22.3 million salary for 2021, means that the new Mets’ owner, Steven A. Cohen, has committed $363.3 million to Lindor, shattering the previous record for a Mets player: an eight-year, $138 million contract with the former third baseman David Wright.

A stylish switch-hitter with charisma that seems made for New York, Lindor is a career .285 hitter who hit 32 home runs in 2019. He averages about 20 steals per season and has made four All-Star teams, won two Gold Gloves and helped Cleveland reach the playoffs four times.

The Mets can only hope that their union with Lindor works as well as the Dodgers’ with Betts, who had starred for the Boston Red Sox. In Betts’s debut season in Los Angeles, the Dodgers won their first World Series title since 1988. The Mets have an even longer drought; their last championship was in 1986.

For Cohen, the hedge fund billionaire who is said to be the richest owner in baseball, the deal caps a busy first off-season. Previously a minority owner of the Mets — the team he has loved since childhood — Cohen spent a record $2.475 billion to buy the franchise from the Wilpon family, promising to spend much more aggressively, but also wisely.

To that end, he installed a seasoned hand as team president: Sandy Alderson, the general manager of the Mets’ last pennant winner, in 2015. Cohen put cash behind Alderson’s calculated, rational approach; despite their newfound wealth, the Mets did not simply outbid the field for every appealing free agent.

They bolstered the roster throughout, signing catcher James McCann, reliever Trevor May, starter Taijuan Walker and others. But the trade for Lindor and starter Carlos Carrasco was the true coup, and reaching a long-term deal, just before Lindor’s self-imposed opening day deadline, gives the Mets a star cornerstone through 2031.

McCann and Walker seemed especially excited about the deal on Twitter late Wednesday, with McCann writing that he couldn’t sleep, citing the extension and opening day. Walker was succinct:

Catcher Tomas Nido tweeted an image to mark the occasion: the Joker standing at the base of a mountain of dollar bills. He tagged Lindor in the post.