The second Grand Slam of the year, the French Open, gets underway on Sunday, after it was pushed back by a week due to coronavirus disruptions.

The prestigious tournament in Paris returns to a more familiar spot in the calendar this year, after it was played across September and October in 2020, again due to the impacts of the pandemic.

All eyes will be on Rafael Nadal, who has the chance to make history once again at Roland Garros, with victory moving the Spaniard ahead of Roger Federer (20) in the all-time Slams list with 21, with what would be his 14th French Open title.

Nadal will face plenty of competition, however, with Australian Open champion Novak Djokovic bidding to become the first man in over 50 years to win all four majors on multiple occasions.

Defending champion Iga Swiatek will also make her return to Roland Garros, after she claimed an historic title last year aged just 19, becoming first player from Poland to win a Grand Slam singles title – and doing so without dropping a set.

With the tournament swiftly approaching, Sportsmail takes you through the essential details. 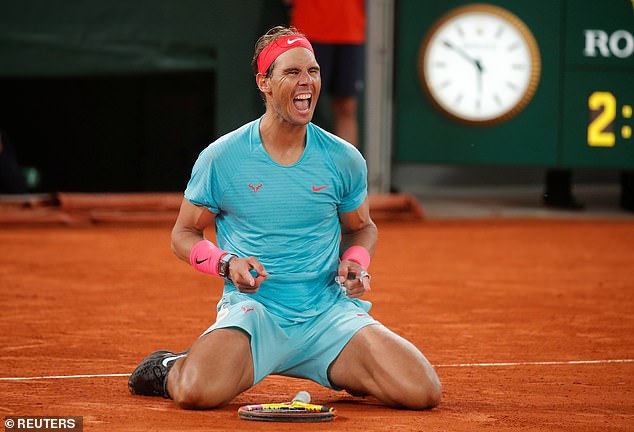 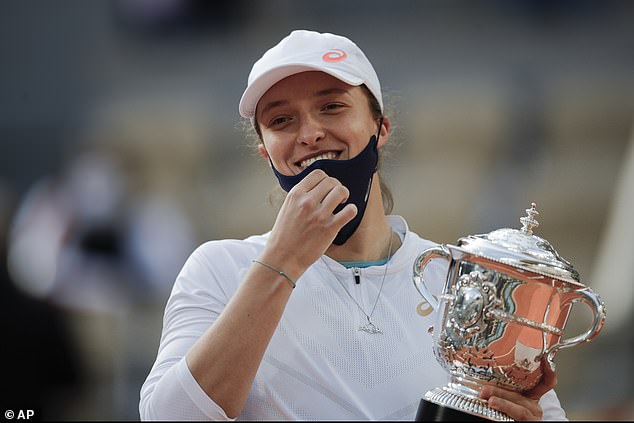 When is the French Open?

As stated, the French Open gets underway on Sunday, May 30, with the men’s and women’s opening rounds.

The tournament will run through until the men’s final on Sunday, June 13, which takes place the day after the women’s final.

The qualifiers for the tournament have taken place this week, with British trio Jodie Burrage, Samantha Murray Sharan and Jay Clarke all bowing out in the opening round, while Liam Broady lost to Russian Roman Safiullin in the second.

There was hope for Harriet Dart, who reached the final qualifying round, but she lost in straight sets to Liang En-shuo on Thursday.

How to watch the French Open

The French Open will be available to watch on ITV 4, who have exclusive free-to-air rights in the UK.

Those with a valid TV license will be able to stream the action live on their ITV Hub.

Meanwhile, viewers can also watch on Eurosport, or via their Eurosport player, which is available for £6.99 a month or £39.99 for a 12-month pass.

As stated, the tournament was pushed back by a week – and that was in an effort to get as many fans in as possible.

There will be fans present from the off, but until June 9, there will be just 5,388 spectators allowed into Roland Garros, with a total of 1,000 on any court.

Additionally, there is currently a curfew at 9pm in Paris, meaning the night sessions will be played largely without fans.

That will all change from June 9, however, when the EU’s Covid ‘health pass’ comes into play, while the curfew will also be moved to 11pm.

In practice, this means that a total of 13,146 spectators can be within the grounds, which each court holding up to 65 per cent capacity or 5,000 fans, whichever is fewer.

So, from the quarter-finals, Chatrier will host 5,000 cheering fans.

The draw for the French Open was made on Thursday, and remarkably Nadal, Djokovic and Roger Federer are all in the same side – meaning only one of them can make it to the final!

It was a possibility discussed prior to the draw, with Nadal dropping to third in the world rankings, below Daniil Medvedev.

Despite the fact Nadal is the overwhelming favourite to win the tournament, seedings are now picked based on form across the year, which is why Medvedev – who has never won a Grand Slam – is the second seed.

Regardless, the great Spaniard will open his defence against young Australian Alexi Popyrin, and will face Cameron Norrie in the third round, provided the Brit makes it that far.

Djokovic will start his championships against Tennys Sandgren, and he’s lined up to face Federer in the quarter-finals, while Dan Evans faces Miomir Kecmanovic of Serbia.

As for the women’s draw, Serena Williams is in the same half as Naomi Osaka and Aryna Sabalenka, while world No 1 Ash Barty and defending champion Swiatek are set to meet in the semis.

Brit Johanna Konta will face Sorana Cirstea of Romania in round one, while Heather Watson will play Zarina Diyas of Kazakhstan. 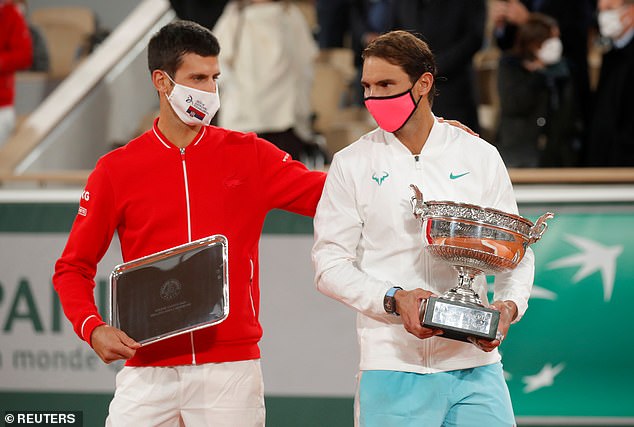 There will be no repeat of the 2020 final, with Nadal and Djokovic in the same side of the draw 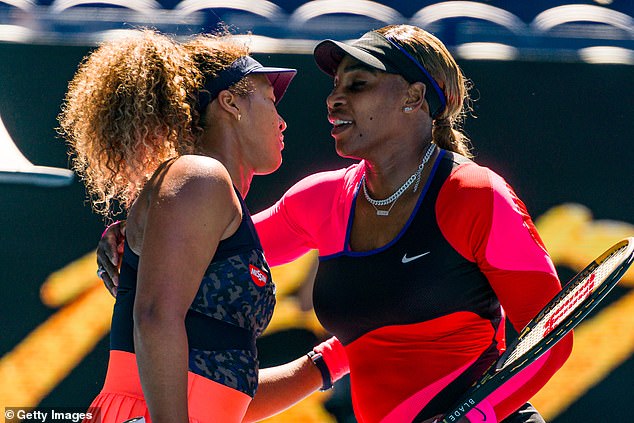 Who are the big names missing from the draw? 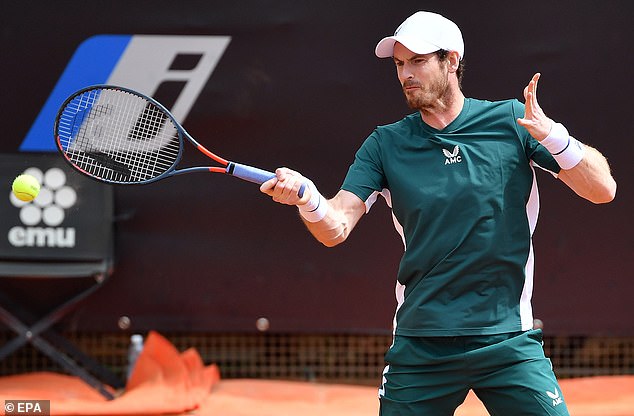 On the most part, the big names in tennis will all be involved at the French Open this year, but one player who won’t take part is Andy Murray.

The Brit will instead focus on preparing for Queen’s and Wimbledon in this season’s grass court season, with the tournaments starting on June 14 and June 28 respectively.

Murray had been getting in some practice on the clay, partnering Liam Broady in the doubles at the Italian Masters, but after feeling discomfort he declined a wildcard for the Miami Open and pulled out of the French.

Elsewhere, Simona Halep, Stan Wawrinka and Kyle Edmund are the other major absentees.

With 13 French Open titles to his name, it comes as no surprise that Nadal is the favourite to prevail at Roland Garros once more.

The Spaniard is the outright favourite at 5/6, with Novak Djokovic at 9/2 and Stefanos Tsitsipas at 5/1.

In the women’s game, the bookies are favouring Swiatek to win back-to-back trophies, with odds of 11/4 to emerge victorious.

*Bets as per Betfair and correct at the time of publication.

Sunday 30 May: Men’s and women’s first round

Monday 31 May: Men’s and women’s first round