This is the first thing I’ve received,’ says Chris Harris, examining his new Lions jersey that has just arrived via recorded delivery for a photoshoot. ‘Maybe I’ll keep it alongside my Tynedale shirt!’

Stashed away in a cupboard at his home in Cheltenham, Harris has a collection of jerseys like no other. His path to the top has been unique. Growing up in the North West, he was missed by English rugby’s scouting networks and made his way through the ranks at Carlisle, Tynedale and even the Northumbria University 3rd XV.

‘I don’t have a Northumbria shirt because there weren’t enough to keep them!’ he says. ‘It wasn’t the highest standard but it was great craic. They put me in the third XV and I played university rugby for my first semester while studying architecture technology. 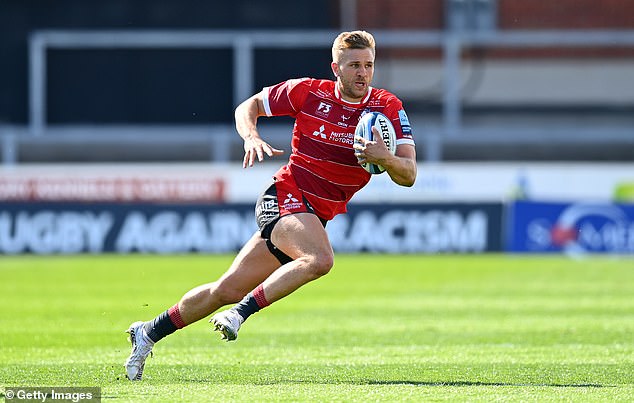 Harris, who sat down to talk exclusively to Sportsmail, has received his new Lions jersey (back)

‘I had played pretty well in the fresher’s trial, scored a couple of tries and got taken off early. I was there thinking, “Decent, that means I’m in”. The names went up on a board in the sports hall and I looked down the teams and there I was in the thirds. Or the Pirates, as we were known.

‘I played in the centres with a bloke whose nickname was ‘No Gas’ because he was so slow. I made a break in the first game and from there on in my nickname was ‘Some Gas’!

‘It was the full student lifestyle. Living in the overdraft, eating cheap food… kebabs, pizzas. All we had in the kitchen was a microwave and a kettle. I loved it. My focus was on enjoying myself and getting my degree. If I’d told the lads at that fresher’s trial that I wanted to play for the Lions they would have laughed in my face and dropped me down to the fourth team!’ 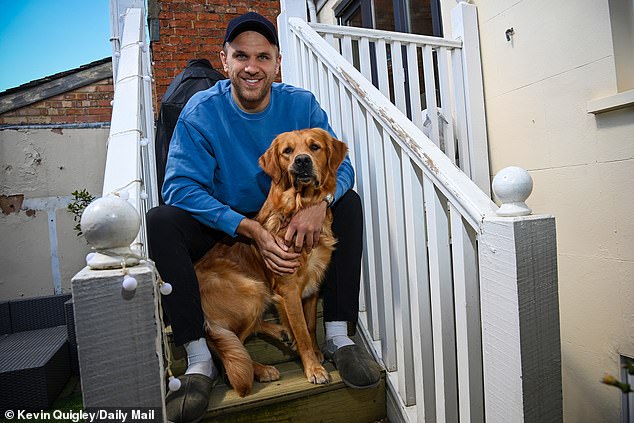 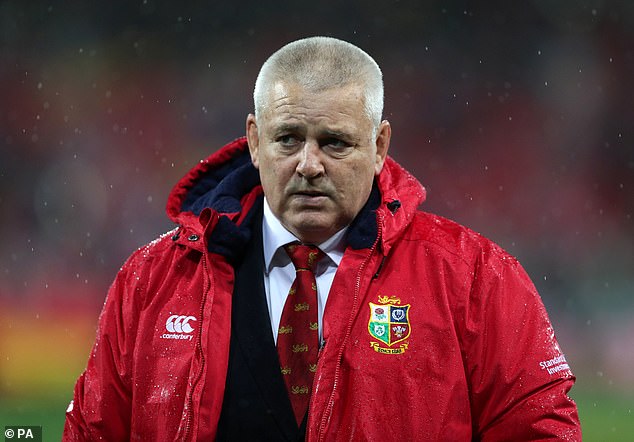 More than a week has passed since the Gloucester and Scotland centre was called up by Warren Gatland for this summer’s tour of South Africa. The congratulatory helium balloons in the kitchen have already started to sag, but the news is still very much sinking in.

‘I’ve had texts from loads of the guys back at Tynedale,’ he says. ‘Doing interviews like this, you look back and realise that it’s been a pretty cool journey. I never really looked back until now, to be honest. Some would say it’s been a pretty unusual route, but it’s certainly been one I’ve enjoyed.’

Growing up, Harris had no ambitions to become a professional rugby player.

‘I started as a wee 11-year-old lad in Carlisle. My stepdad was a big Sale fan and he used to take me down to the odd game. Six-hour round trip in the car. I loved watching guys like Jason Robinson, Mark Cueto, Steve Hanley. All I wanted to do was play for Carlisle. I loved it. The lads were great. I went to Trinity School, which wasn’t a big rugby school and we didn’t do particularly well. We didn’t play in big tournaments or have scouts at our matches. The big thing was playing for Cumbria at county level and Carlisle Colts. I got asked to play for Carlisle first team at 17 and I thought that was mint. 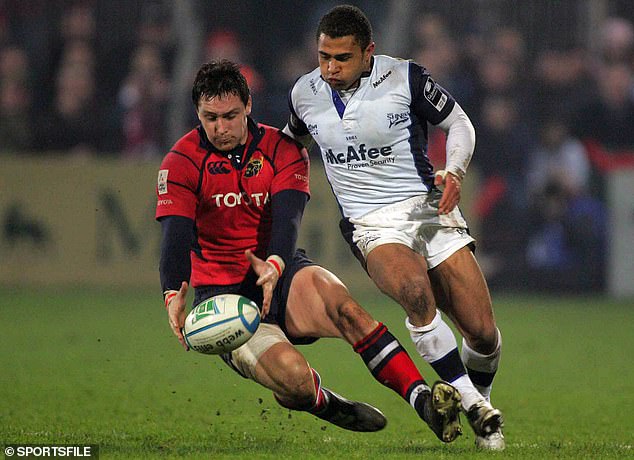 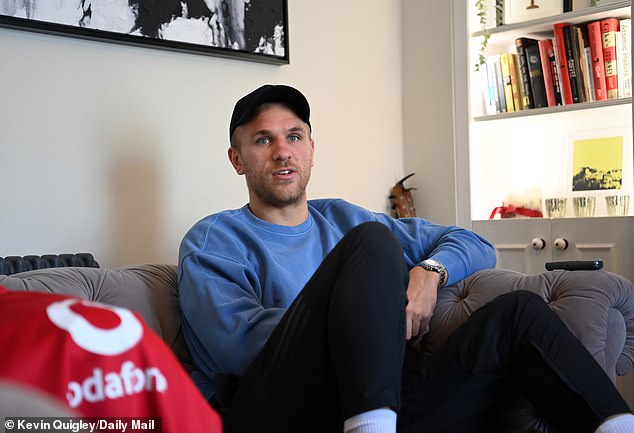 ‘When I went to uni, I’d travel back to play on Saturday, have beers after the match and go back to uni on Sunday with a hangover. The idea of being a professional wasn’t even a thing.

‘Tynedale eventually asked me to join them and, at the time, it felt like a huge step up, going from level six rugby to level three. You’d get a cheque in this little brown envelope. For a month, I probably got £80.

‘They were in National One and we played against teams like Wharfedale and Blackheath. We’d get a ridiculously early train from Newcastle station, then jump on a couple of buses. The journeys back were fun. We’d pretty much man one of the carriages and have a mini stag do. Tom Borthwick, the coach, loved port. He’d pass the bottle round and, if you missed a tackle, he’d usually shove it down your throat! It was a good laugh.’

Harris is a classic example of a player who cut their teeth in the backwaters of English rugby. A product of the lower leagues. He was scouted by Newcastle in his final year of university and signed his first contract. 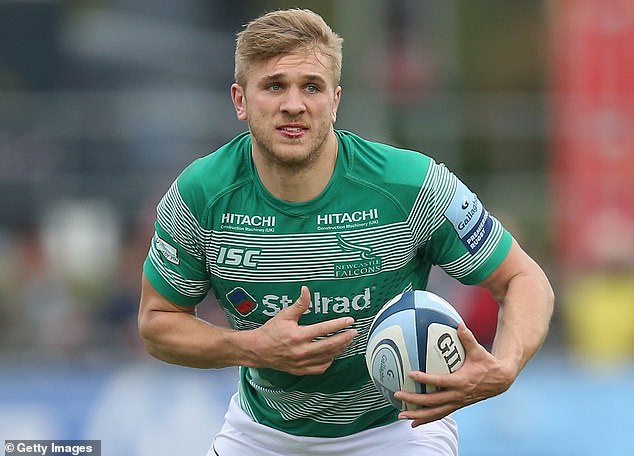 ‘When Newcastle came in I decided give it a crack. I lived with some other guys in the academy and we were all on a similar page. They gave us nutrition advice and I started to take things a bit more seriously. I went on loan to Rotherham for the season and that change in environment was the switch for me and it’s just been a pretty steady progression ever since.

‘I’d be interested to see how things would have worked out if I had been picked up by an academy at 18. Would I have been at this point earlier in my career? Would I have made it at all? I’ll never know. If you haven’t got the natural, raw, freakish talent, then you have to work a bit harder.

‘I’ll never fling a 20-metre ball out the back like Finn Russell, or outrun Louis Rees-Zammit, but I’m happy with the way it’s turned out. I hang my hat on my work ethic, grafting and that’s what I’ll keep doing.’ Along the way, Harris has collected jerseys from Newcastle, Scotland and Gloucester. 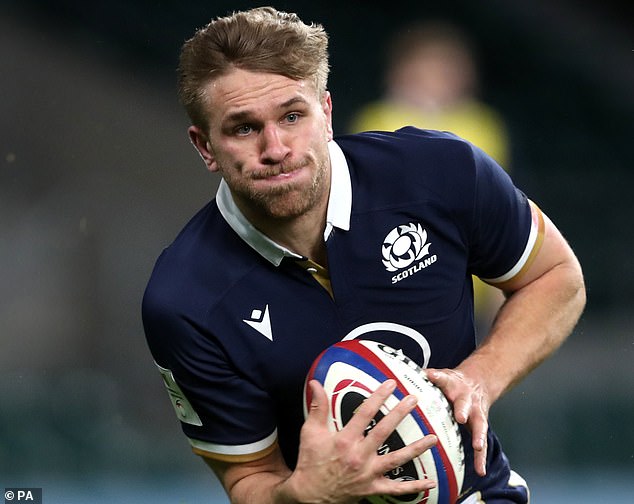 He has forged a career on his defensive graft; the sort of player Gatland wants to marshal the Springbok heavies in midfield. ‘The call-up from Scotland was a similar ‘Wow’ moment to this,’ he says. ‘I was so nervous and excited. A special moment.

‘When they read my name out for the Lions, I was in shock. Two weeks before, I got the email when I was in bed, watching TV, and thought, ‘Could this actually happen?’ I tried not to think about it too much as I didn’t want to set myself up for disappointment, but then they did that announcement and I was just buzzing.

‘You hear stories from guys who have been on previous tours. I can’t wait to experience the whole thing: the rugby, the off-field stuff. I’m 30, so I might not get another chance in four years’ time. I’m going to enjoy every minute. Maybe I’ll even bring a bottle of port and raise a toast to Tom Borthwick at Tynedale!

Chris Harris uses puresport cbd to aid his recovery from training and games. He is sponsored by Classico Venetian Plastering. https://puresportcbd.com/products/ http://www.classicovp.co.uk