Katie Boulter’s diverse experiences this year have included taking a set off Naomi Osaka in Australia, and battling away at the lowest level of the tour in Egypt.

Now added to that is playing in the ghostly atmosphere of an empty National Tennis Centre at Roehampton, where she gave Great Britain an early lead against Mexico in the Billie Jean King Cup.

It might even have been a setting for the murder mystery game the team have been amusing themselves with at their hotel. 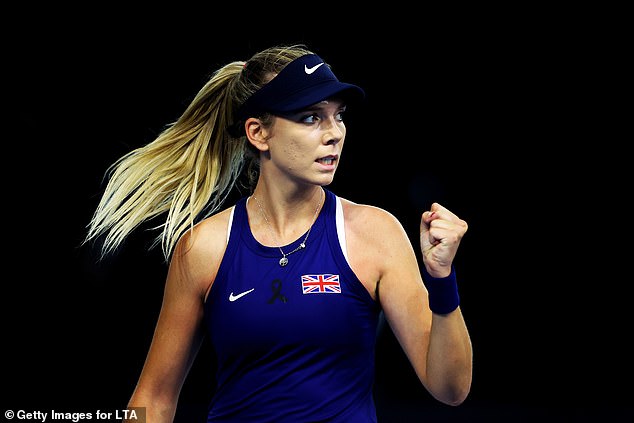 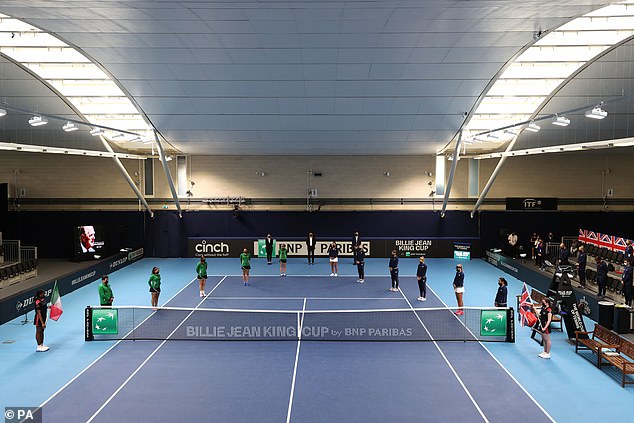 With Heather Watson winning the second rubber, the home team ended the first day in command, 2-0 up with three to be played.

In a disrupted year for the World Cup of women’s tennis, Anne Keothavong’s team are well placed to win this playoff match and enter the qualifying round for next year’s main finals.

An equivalent tie this time two years ago saw 11,000 fans flock to the Copper Box on the other side of the capital, where Kazakhstan were beaten.

This time the only accompaniment was the cheers of a few team-mates and the taps on the laptops of the few permitted media.

Boulter, the 24 year-old from Leicester trying to fight her way back into the top 100, did not lack motivation in tackling the nominally higher-ranked Marcela Zacaria. She defeated her 7-5 6-0 after suffering early breaks in the first set. 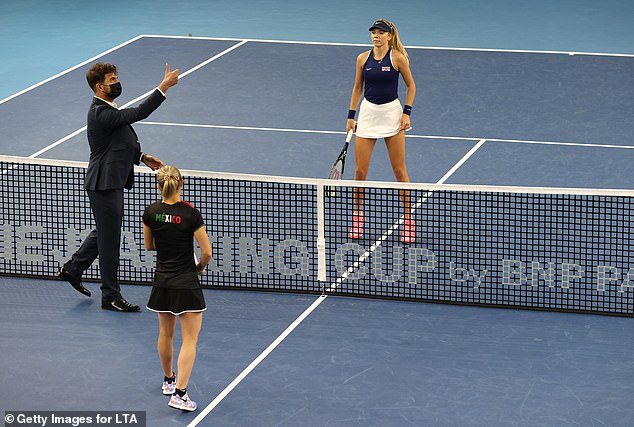 “We’ve been playing in front of no-one every week, sometimes it can feel a little eerie,” she admitted. “It was normal to feel some nerves, I was stressed a bit. This competition is still a totally different environment and it brings out the best in me.”

Together she and Watson made light of the absence of the country’s number one, Jo Konta, who declined to play due to worries over abruptly switching from hard to clay courts.

Watson, the highest ranked player in the tie at 67, played a similar match to Boulter in which she was hard-pressed in the opener before beating Mexican second string Giuliana Olmos 7-5 6-1.

It was the Channel Islander’s 30th win representing GB in the event. Incredibly, this was her first one ever at home, testament to the historic succession of away fixtures.

“It means a lot to me, I’ve played ten years now and made myself available for every tie I’ve been available for and that will continue,” said Watson. 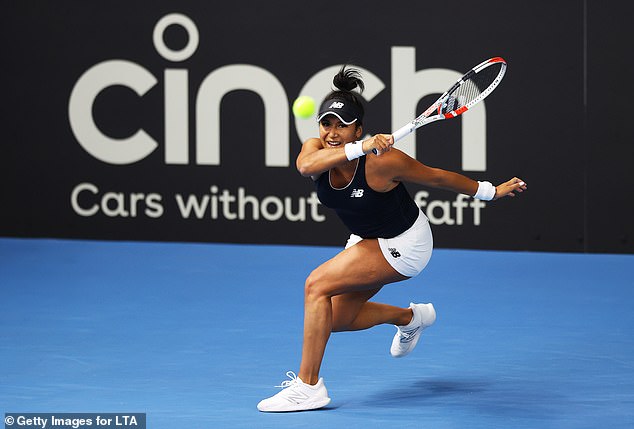