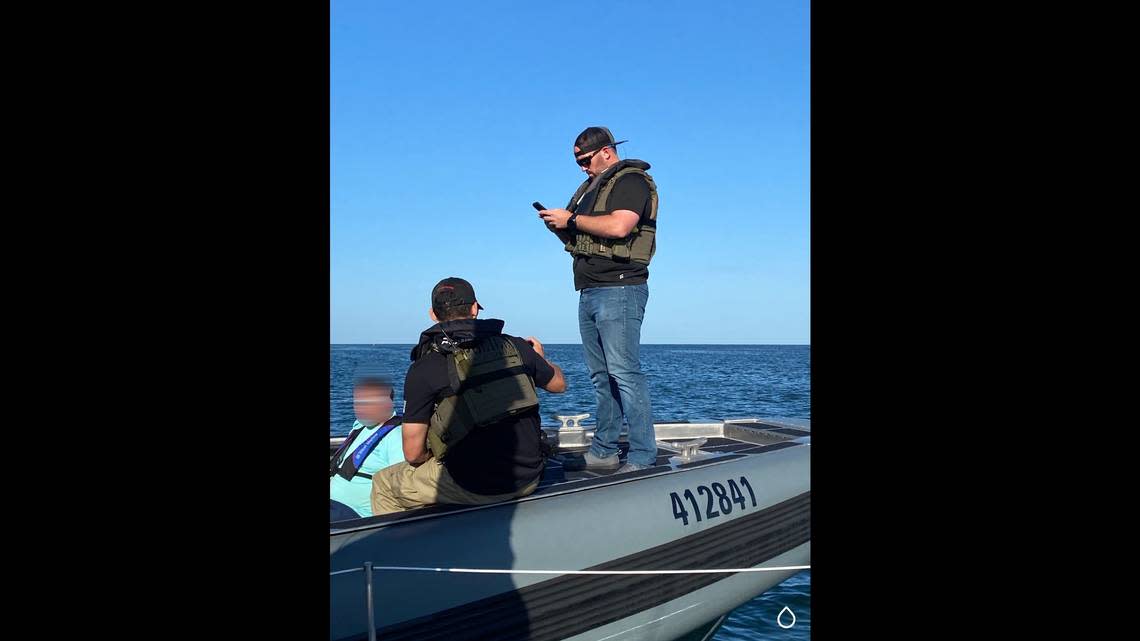 A 34-year old man accused of raping two children in Washington state in January was arrested this week on a boat on which he was living in Lee County, Florida.

The man, who was not named by police, was arrested Sunday by U.S. Marshals and Lee County Sheriff’s Office deputies, according to police in Edmonds, Washington. Edmonds police spokesman Sgt. Josh McClure said the agency is waiting for the man to be returned to the state and to be officially charged before naming him.

“There are also child victims involved, so we are doing our best to respect the process,” McClure said Thursday.

The man is accused of molesting his ex-girlfriend’s children, ages 11 and 13. The mother of the children reported the alleged abuse to Edmonds police in January, according to the department.

Investigators with Edmonds police, the U.S. Marshals Service and the Snohomish County Violent Offenders Task Force determined that the man left Washington state for Florida, where he was living on a sailboat. Police say he was preparing to leave the country on the vessel.

As of Thursday, he was in Lee County jail awaiting an extradition hearing before being sent back to Edmonds.

“The suspect made many admissions related to the case and will now go before a judge in Florida related to the extradition process,” McClure said in a statement.

The man faces charges of second-degree rape of a child and second-degree child molestation. Detectives in Washington are still investigating to case to determine if there are more victims, McClure said.