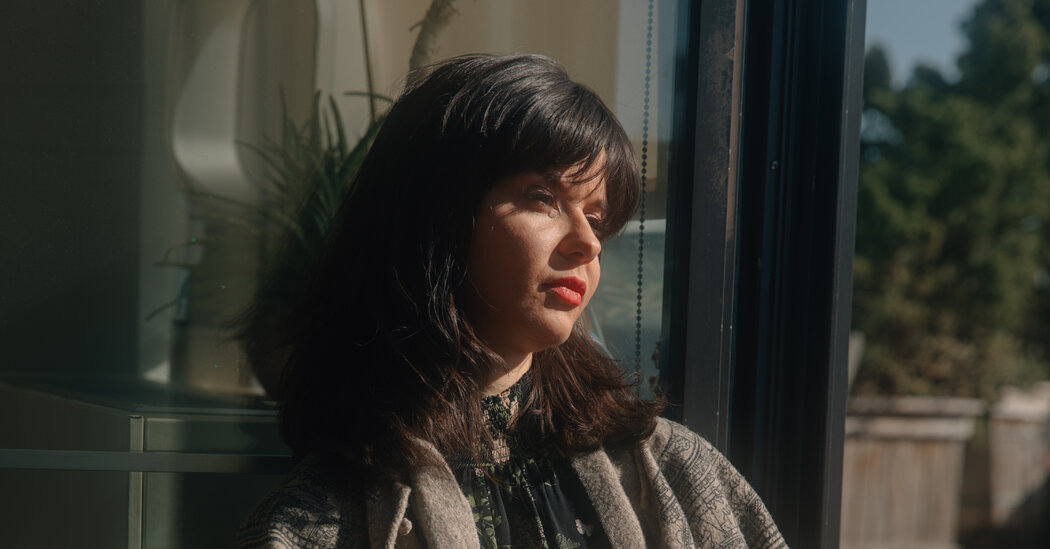 Her face graced billboards in Belgrade. She appeared regularly in Serbian movies, magazines and television shows. Trained at the prestigious Faculty of Dramatic Arts in Belgrade, Danijela Stajnfeld had, by the age of 26 in 2011, won two major theater prizes and was a permanent member with the esteemed Belgrade Drama Theater.

The following year, she abruptly and mysteriously dropped from public view. It wasn’t until last summer that she publicly revealed why.

In her documentary, “Hold Me Right,” about victims and perpetrators of sexual assault, Stajnfeld said that she too had been sexually assaulted eight years earlier by a powerful Serbian man, which had prompted her move to the United States.

When the film premiered last year at the Sarajevo Film Festival, Stajnfeld said she was nervous but could not imagine its causing waves. “I thought no one remembered me, I didn’t keep in touch with anyone in Serbia,” she said in an interview.

The media firestorm that erupted within days of the premiere proved her wrong.

Stajnfeld’s face was suddenly all over the Serbian press again. Television and online commentators praised her for speaking out or savaged her for not disclosing the man’s name.

She said she did not identify the man because she wanted the film to focus on survivors and healing, rather than singling out a perpetrator. But the country’s tabloids speculated wildly about his identity. Reporters approached Stajnfeld’s unsuspecting parents in their small village. Critics questioned her motives. “Sick!” read one headline. “Actress made up the rape to advertise her film.”

Even for someone who had grown up in Serbia, where sexism and male chauvinism are deeply entrenched, the blowback was stunning, Stajnfeld said. While the country has taken steps to advance the cause of women’s rights in recent years — in 2013 it ratified a human rights convention addressing gender-based violence — in Serbia, as in the surrounding region, sexual harassment and assaults are still only rarely reported, and victim shaming abounds.

“After opening up, it was so liberating; I thought the narrative was in my hands,” Stajnfeld said. “But it caused even more unsafety and ridiculous dehumanization.”

But in recent months, spurred partly by the film, the mood in some quarters has changed. In January, several other Serbian actresses came out publicly with allegations that they had been raped, and a MeToo-like movement roared to life in this region where the culture of calling out abusers had yet to gain a foothold.

Using the hashtag #NisiSama, which means “You are not alone,” and on the Facebook page Nisam Trazila, or “I didn’t ask for it,” which has 40,000 followers, supporters urged that victims of sexual harassment be believed and perpetrators be held to account.

“We have followed what was happening around the globe with the #MeToo movement, but I think we needed authentic voices of women from this region in order to have this kind of reaction,” Sanja Pavlovic, of the Autonomous Women’s Center in Belgrade, said in an email.

Last week Stajnfeld, who lives in New York, flew to Serbia, met with the police and prosecutors and identified the man who she said assaulted her as Branislav Lecic.

Her disclosure refueled the media blitz, in part because Lecic, 65, is a famed figure in Serbia, not only a prominent actor but also a professor and former minister of culture. Only weeks ago, he had spoken out against sexual assault.

“When a woman says no, that’s the end of it. I don’t understand that someone can’t control their urges,” he told one Serbian newspaper.

Stajnfeld says that statement, in part, was what compelled her to publicly name him.

Lecic has denied any sexual contact with Stajnfeld, with whom he acted in a play, “Daily Command,” at the time in 2012 when she says the assault occurred.

“I have never had sexual contact with her. Everything else would be a lie!” Lecic wrote in a WhatsApp message.

But Stajnfeld provided prosecutors and members of the media with an audio recording of her confronting him in a Belgrade restaurant in December 2016, in which he acknowledges that she said no to his advances. Excerpts of the audio, distilled from a longer tape, with the man’s voice disguised, are included in the film.

In the recording, she says several times that she wishes he had respected the fact that she had objected to his actions, but she does not go into detail about what then transpired.

“Back then I felt jeopardized. Can you understand that?” Stajnfeld says on the tape.

“I can understand that, but it’s a big mistake, because my expression of tenderness indeed means my respect,” Lecic replied, saying it was an achievement “that you triggered my attention and feeling.”

Lecic said what happened ought to “feel like an honor, not to put you in jeopardy.” “Who do you think I am?” he continued. “As if I don’t respect who I am.”

In the recording, Lecic also pushed back on Stajnfeld’s assertion that if she says no, she means no. “It doesn’t work like that,” he said, later adding, “Life is unpredictable, like a game.”

In recent days, Lecic, communicating over WhatsApp, said that he and Stajnfeld met at the restaurant to discuss a potential collaboration, and that the audio provided by Stajnfeld was incomplete: A longer version, he said, would reveal the broader context, that they were merely improvising dialogue, and that she was possibly claiming he assaulted her to gain publicity for her film.

“Maybe she was expecting something more, maybe it’s because nothing happened that she wants revenge, and maybe she wants to build her story through me,” he wrote. “Bad marketing is also marketing.”

But Stajnfeld provided a 77-minute audio file that she says represents nearly all of their roughly 90-minute conversation: The tape cut off, she said, when her phone battery died. Parts of their conversation are inaudible, and drowned out by background noise. Still, there is no indication they were rehearsing dialogue. Though the voices are muffled at times and the banter often seems friendly, Stajnfeld’s voice gets sterner as she describes how hurt she was by his actions. Lecic responds in a way that suggests he believed that what happened was consensual.

When they began rehearsing the play, Stajnfeld said she viewed Lecic as a mentor and a friend, until he began propositioning her to have sex. Then, one day, in his dressing room, she said he abruptly shoved his hand up her dress. Stajnfeld said she pulled away and fled, stunned, but opted not to tell the director because she was worried she wouldn’t be believed, and that it could hurt her career. Lecic denied any sexual encounter took place.

At the time, she said in an interview, she had already approached Lecic, who she viewed as an influential political figure, for a reference letter to apply for an American work visa. She said she was looking for opportunities in the United States, but never intended to abandon her Serbian career.

She said Lecic first insisted they walk in a park nearby. Then, she said, on what she assumed was a lift home, he drove in the wrong direction, frightening her, and telling her he was taking her to see a beautiful view of Belgrade.

When they arrived at a house on a hill in the city’s outskirts, she said Lecic undressed her and sexually assaulted her, despite the fact that she was crying and repeatedly said no.

“In that moment, I was so tortured,” she continued. “He was asking me to do stuff for him. I wanted to do anything for this torture to stop. I couldn’t move my arms, my mouth, I couldn’t stop crying,” she said.

Franz Stefan Gady, who used to date Stajnfeld and was living in Stockholm at the time, said within days she had provided him with an account of having been sexually assaulted by the “older guy” in the play.

Stajnfeld said she told police and prosecutors last week the same details of her encounters with Lecic in the dressing room and at the house. But she had not gone to the authorities at the time, she said, because she feared her story would be leaked to the press and her career ruined. Instead, she booked a ticket to the United States where, in New York, she began to unravel. She had panic attacks and later considered suicide, but with the help of therapy and victim support groups, she became determined to overcome the trauma. She began interviewing and filming survivors, and what started as a 10-minute short ended up growing, over the course of three-and-a-half years, into her first feature-length film as a director.

Stajnfeld said she never intended to insert her own story into her film, but after seeing the rough cut, she knew she had to include her experience too.

The film is scheduled to screen at the Martovski film festival in Belgrade later this spring, she said, followed by a U.S. release.

After the premiere of Stajnfeld’s film last summer, media commentators said she should be ashamed, that she had slept with a man to get a role, that she should name him or else be prosecuted, that she dishonored women who had really been raped, and that she looked too happy in a recent televised interview to have been a victim.

“The public opinion took a tabloid approach, hungry for blood, public humiliation, shame and guilt,” said Snezana Dakic, a Serbian television presenter. “And that is exactly opposite from how this problem should be treated.”

Whatever personal catharsis the film represents, more people are seeing Stajnfeld’s film as a spark for the groundswell of support for sexual assault victims underway in Serbia and the surrounding Balkan region.

“Danijela’s case gave wings to other women, actresses, to talk about what happened to them,” said Dragana Grncarski, a former model and public figure. “Coming out in the open, they prevent things like that from happening to other women.”