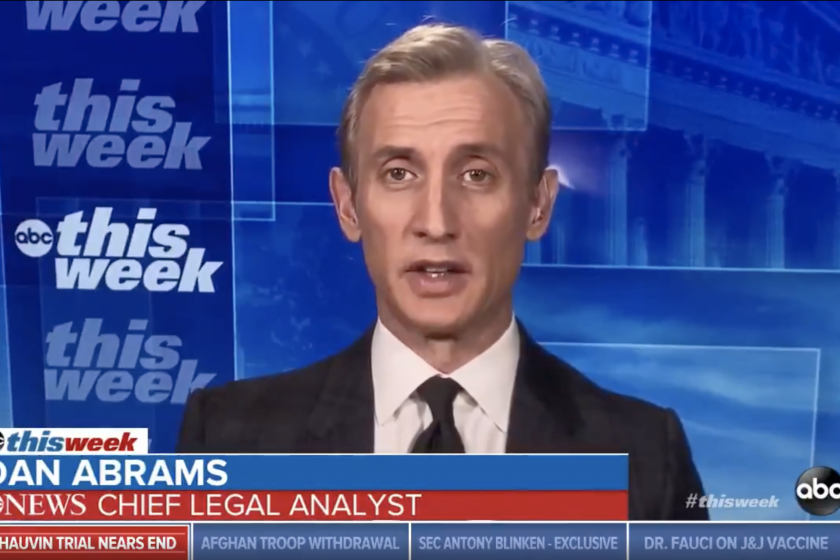 Gov. Tim Walz (D) spoke out Sunday over allegations that journalists covering unrest in the Twin Cities suburb of Brooklyn Center have endured police violence, telling CBS Minnesota: “Apologies are not enough, it just cannot happen.”Why it matters: Since violations of press freedoms came to national attention last year, with reports of journalists being arrested and assaulted while covering anti-racism protests, violent encounters with law enforcement seem to have become the norm.Stay on top of the latest market trends and economic insights with Axios Markets. Subscribe for free.@GovTimWalz This is hideous and entirely unacceptable. What are you doing to ensure accountability and make sure it doesn’t happen again? https://t.co/36iSK5244D— Jake Tapper (@jaketapper) April 18, 2021 Walz told CBS Minnesota, “We all need to recognize the assault on media across the world and even in our country over the last few years is chilling. … We cannot function as a democracy if they’re not there.”Driving the news: Media attorney Leita Walker, representing nearly 30 news outlets and government transparency groups, sent Walz and Minnesota law enforcement leaders a letter Saturday outlining allegations of police assaulting and harassing journalists during protests over the fatal police shooting of Daunte Wright.These include allegations that two New York Times photojournalists were “harassed by officers” and the alleged violent treatment of CNN producer Carolyn Sung, who Walker said was trying to comply with a dispersal order when she was arrested by state troopers.Zoom in: Walker writes that “troopers grabbed Sung by her backpack and threw her to the ground, zip-tying her hands behind her back” while she repeatedly identified herself as a journalists, noting she had shown her credentials.After being zip-tied a trooper allegedly yelled at Sung, who is Asian American, “Do you speak English?””She was patted down and searched by a female officer who put her hands down Sung’s pants and in her bra, fingerprinted, electronically body-scanned, and ordered to strip and put on an orange uniform before attorneys working on her behalf were able to locate her and secure her release, a process that took more than two hours.”Excerpt from Walker’s letterFreelance photographer Joshua Rashaad McFadden, who was covering the demonstrations for the New York Times, told the outlet Sunday police used batons to bang on the windows of the car he was in last Tuesday to “force” him out, allegedly attacking him and his camera.”It was definitely scary — I’ve never been in a situation like that with so many police officers hitting me, hitting my equipment,” he said.What they’re saying: Minnesota State Patrol said in a statement Saturday that, in accordance with a federal judge’s temporary restraining order issued a day earlier, members of the press “are exempted from general dispersal orders.””Following feedback from media, and in light of a recent temporary restraining order … MSP will not photograph journalists or their credentials,” the statement said.”In addition, MSP will no longer include messaging at the scene advising media where they can go to safely cover events. “While journalists have been detained and released during enforcement actions after providing credentials, no journalists have been arrested.”Minnesota State PatrolOf note: Des Moines Register reporter Andrea Sahouri was last month acquitted of all charges by a jury following her arrest while covering a Black Lives Matter protest last summer — which observers noted had flown in the face of First Amendment protections.Journalists must be allowed to safely cover protests and civil unrest. I’ve directed our law enforcement partners to make changes that will help ensure journalists do not face barriers to doing their jobs. https://t.co/r4s2VpGp0C— Governor Tim Walz (@GovTimWalz) April 18, 2021 Go deeper: For more coverage, sign up for the Axios Twin Cities newsletter.More from Axios: Sign up to get the latest market trends with Axios Markets. Subscribe for free