Pole Hubert Hurkacz won the first Masters tournament of his career with victory over Jannik Sinner in the final of the Miami Open.

Hurkacz, the first Polish singles player to win one of the ATP’s top level of events, continued his brilliant week by beating 19-year-old Italian Sinner 7-6 (4) 6-4.

The 24-year-old, who upset Stefanos Tsitsipas and Andrey Rublev on his way to the final, becomes the lowest-ranked Masters champion since Tomas Berdych in Paris in 2005. 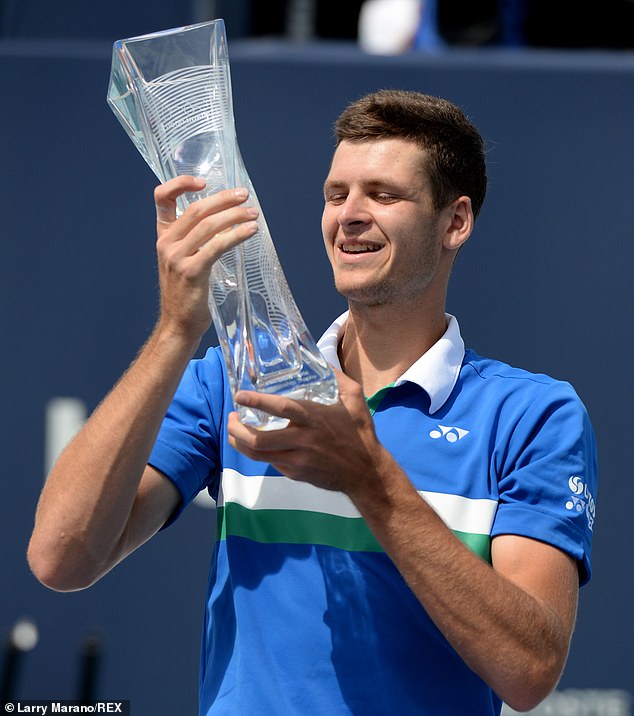 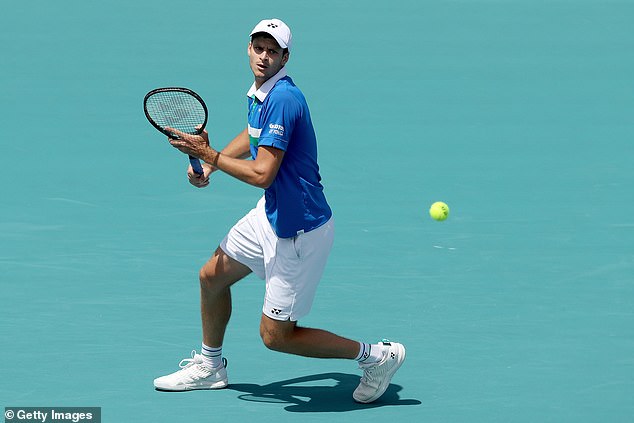 With Novak Djokovic, Rafael Nadal and Roger Federer all skipping the tournament, the stage was set for an unexpected champion, and so it proved.

Hurkacz made the better start, winning the first three games, but Sinner responded with a run of three games of his own to draw level.

The prodigiously talented teenager was the youngest Masters finalist since Nadal and, after withstanding more pressure from Hurkacz, he broke the Pole’s serve at 5-5.

He was unable to serve out the set, though, and it was Hurkacz who stepped up to take it on a tie-break. 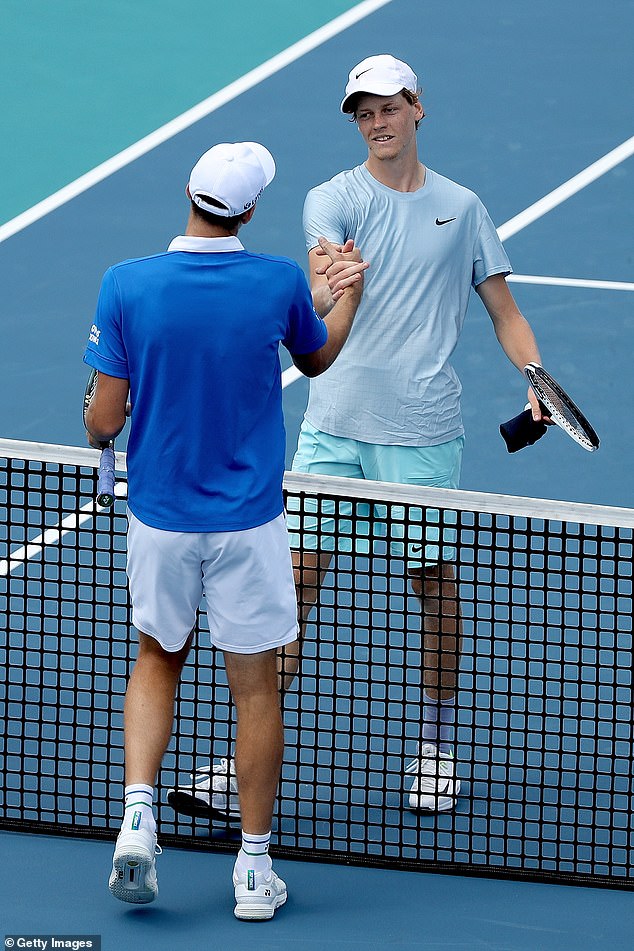 The Pole was flawless at the start of the second set, reeling off four games in a row, but he became a little tight in sight of the finish line and Sinner clawed his way back to 3-4.

The teenager was looking weary, though, and Hurkacz managed to keep his nerves at bay to make it across the finish line.

He will climb from 37 in the world rankings to a career-high of 16 on Monday.

Hurkacz said: ‘I was super, super happy that I was able to lift the biggest trophy of my life so far, so that’s something special for me. 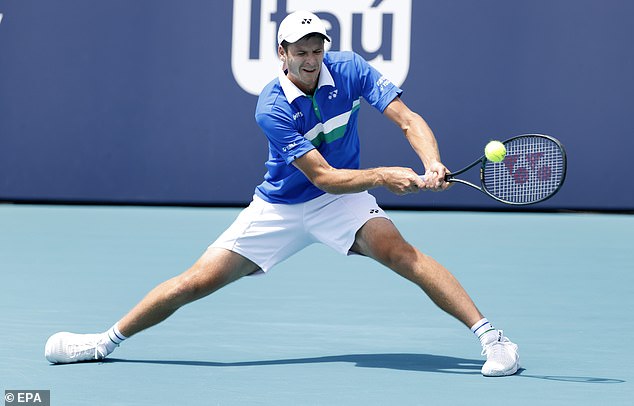 ‘I had chances to go up 5-0 in the second set and he came back. He started to play better. I got a little bit nervous. He took the chance and it was very close there.’

It was only Sinner’s third time playing in the main draw of a Masters event, while he is yet to make his Wimbledon debut, but the Italian is a man in a hurry.

He said: ‘I think it has been a good week anyway but obviously I’m not here for making finals. I’m here to win tournaments. Today was not my day. Accept that. But it’s going back to work and then we will see what I can do on the clay.’