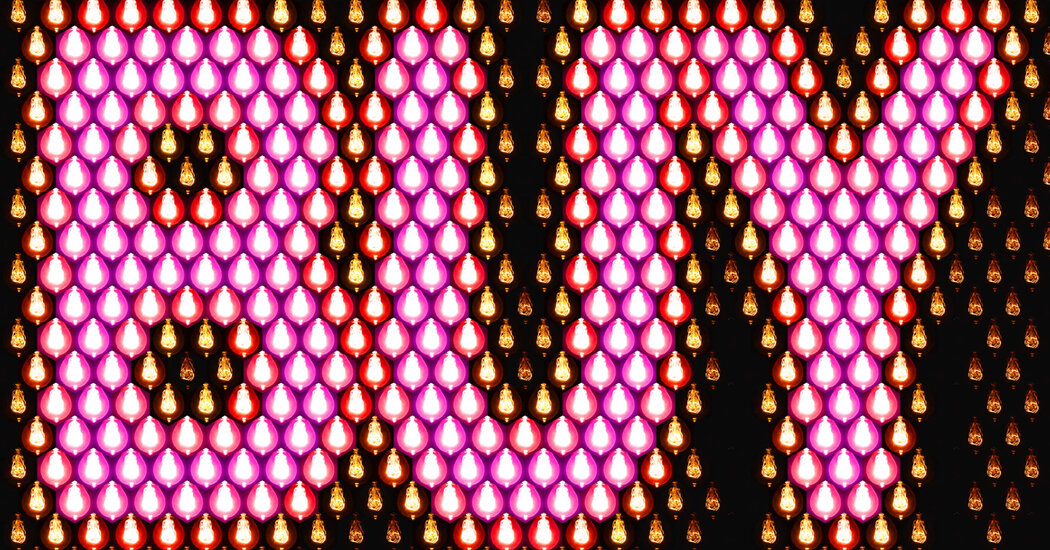 If you wanted to sound smart at a media business conference or sell your start-up over the last couple of years, you’d talk about the rise of digital subscriptions. Netflix and Spotify led the way in getting consumers to pay every month for their content, and The New York Times, The Washington Post and many others followed. By last week, everyone was hawking media subscriptions, from the owners of the SpongeBob SquarePants TV show ($5.99 a month) to the staid newswire Reuters ($35) to my friend Isaac who wanders aimlessly around New York ($7).

The astonishing rise of subscription digital media is part of a broader rush toward the reliable, direct-to-consumer economics that has captivated investors. You can now subscribe to huge hits like Disney+ and Peloton as well as niche ventures like high-end dog food and beans.

Digital media executives scrambled last year to tell their boards about their new subscription products, but something strange happened: Their old, unfashionable advertising businesses exploded as consumers stayed home and shopped online. And now, travel companies, liquor companies and basically everyone else hoping to capitalize on a wide open summer and the marketing dream of a post-pandemic Roaring Twenties economic boom have begun pouring money into advertising on virtually every platform, but digital media most of all.

“Ad spending is red-hot right now,” says Henry Blodget, a co-founder of Business Insider, which was early to introduce a subscription tier in 2017. “The economy is cranking up, travel and leisure are coming back, and consumers are emerging from their pandemic cocoons.”

Several privately held publishers said their first-quarter ad revenue was up strikingly over the same quarter last year, which was the last one largely unscathed by the pandemic: Business Insider by more than 30 percent; Bloomberg Media was up 29 percent; Vice, 25 percent; Bustle Digital Group, more than 25 percent; and Axios’s quarterly ad revenue nearly doubled, executives at those companies told me.

Public companies’ first-quarter figures aren’t available yet, but a report by the agency GroupM last month showed that advertising in digital media grew by more than 7 percent in 2020, even as television advertising declined and print collapsed during the pandemic. (The Times lagged those other publishers in digital ad sales growth in 2020, even as its print advertising business dropped sharply during the pandemic. But it made up that ground on subscriptions.) “Advertisers followed consumers online” during the crisis, said Sarah Iooss, the head of sales for the Americas at the gaming platform Twitch. The GroupM report projects that digital advertising will grow 22 percent in 2021.

“The venture capital world spent a decade betting against advertising, and it’s about to blow up in their faces,” predicted Bryan Goldberg, the chief executive of Bustle, which has bought brands including Mic and Nylon, and is planning to restart Gawker.

There are plenty of reasons to be cautious about this revival. One is that, for all the political pressure on Google and Facebook, they continue to be the behemoths of the American advertising market. About 87 percent of last year’s growth went to those two companies, according to an estimate that the trade group Digital Content Next did for me, based on figures from the Interactive Advertising Bureau. Facebook alone brought in more than $84 billion in advertising revenue last year.

There have been suggestions that a coming Apple crackdown on how apps can collect data from users, along with growing global regulatory pressure, could slow the juggernauts, but those moves may also damage the business of other media companies who collect user data. The most successful new entrant to the digital advertising market is Amazon, which now devours more than 10 percent of the country’s digital advertising business by charging merchants to promote their own products on its marketplace.

One of the legislators who has pushed to rein in the power of the tech giants, Representative David Cicilline, a Democrat from Rhode Island who heads the House Judiciary Committee’s antitrust subcommittee, said the improving advertising business would not dampen the appetite in Washington for a crackdown on “monopoly power” in Big Tech.

“These are structural problems in the marketplace, and none of that will be changed by a few strong quarters,” he said.

At the same time, advertisers remain skittish of news, in particular, using key words to block display advertisements from appearing next to stories about polarizing subjects. The president of global news and entertainment at Vice, Jesse Angelo, said he had declined a request last year from an entertainment company that, while celebrating the Black Lives Matter movement on its own website, asked Vice to block its ads from appearing near the terms “Black,” “Black people” and “Black Lives Matter.”

The big picture, though, amounts to a kind of optimism unseen in the gloomy digital publishing business for nearly half a decade.

And it’s not just advertising. Media executives are scrambling to catch up with demand for the other elements of their business that have fallen out of favor as subscriptions ascended, notably events.

“In the second half of this year, there is just going to be an onslaught of physical events,” said Chris Weil, the chairman and chief executive of the experiential advertising agency Momentum.

None of this is to say, of course, that media businesses will back away from subscriptions. That’s partly because investors continue to value the reliability of that business over the boom and bust of advertising. Advertisers salivate at the idea of inserting commercials into your favorite Netflix shows, but Netflix would never consider it when its stock is riding so high on subscriptions alone.

And paradoxically, one of the forces driving the digital advertising boom is the shift toward subscriptions that was supposed to replace advertising revenue. Selling subscriptions, it turns out, is pretty expensive and the streaming entertainment companies “need to spend a ton of money on marketing,” said Matthew Segal, a co-founder of ATTN, a Los Angeles-based media company.

Not all the entrants in the subscription boom will make it, and the notoriously cyclical advertising business will no doubt rise and fall with economic cycles again. For now, though, it has shifted many media companies’ calculus, and lifted their moods.

“It won’t last forever,” Mr. Blodget said. “But we’ll enjoy it while it does.”