Lancashire have added to their overseas contingent for the 2021 county season with the signing of India batsman Shreyas Iyer for the Royal London Cup.

Iyer will feature for the full group stage of the 50-over tournament, strengthening the club’s resources during a period in which the Hundred will be played.

A member of India’s winning Twenty20 team versus England this month, the 26-year-old captain of Indian Premier League side Delhi Capitals and is a 50-over regular for his country too. 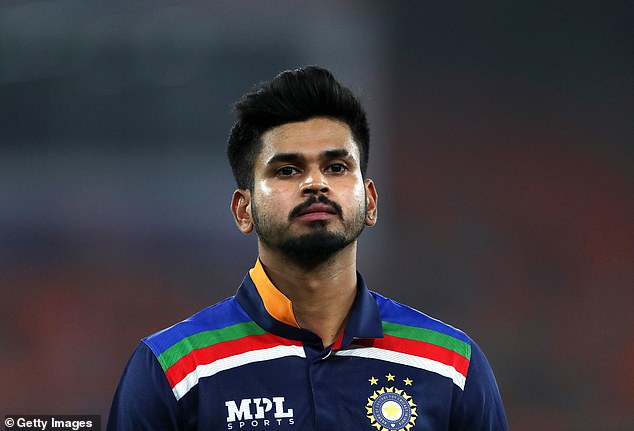 ‘I am extremely humbled and honoured to carry the legacy forward of greats like Farokh Engineer, Sourav Ganguly and VVS Laxman at Lancashire,’ said Iyer.

Lancashire’s director of cricket Paul Allott, who brokered the deal with India coach Ravi Shastri, said: ‘Shreyas is one of the shining lights of a new generation of Indian batsmen and a leader, and we’re delighted that an opportunity to bring him to Emirates Old Trafford has presented itself.

‘We hope that this signing will reward members’ patience for not being able to attend Lancashire fixtures last year and demonstrates our continued commitment across all three domestic competitions this summer.’ 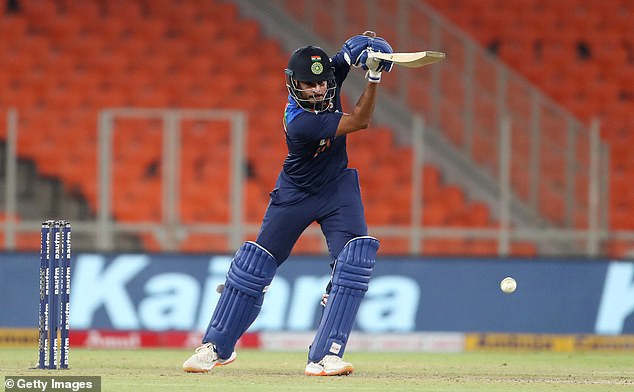 Indian players are not permitted to play Twenty20 cricket overseas – a move designed to sustain the pre-eminence of the IPL – but several have featured here in the RLC in recent seasons including Cheteshwar Pujara, Ishant Sharma and Varun Aaron.

Dane Vilas, the club captain, holds one of the club’s overseas slots while Australia seam bowler Jackson Bird will feature in half a dozen County Championship matches.