It may seem harsh for the world’s top ranked Twenty20 batsman to be under pressure when England attempt to clinch a series win in India but Dawid Malan badly needs to finish with a flourish.

Malan goes into the deciding T20 international in Ahmedabad having scored just 80 runs off 77 balls in four matches in this series and with questions growing about his ability to make the same impact in India as he has since gate-crashing England’s middle order.

Significantly, Malan, who is unusual in his habit of playing himself in before launching a T20 innings, has been dismissed by spin in 14 of his 23 T20 internationals. Even in his breakthrough series in New Zealand in 2019 he fell to slow bowling in three of his four innings. 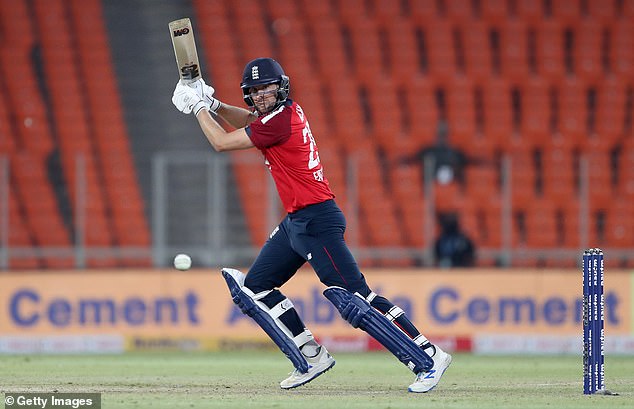 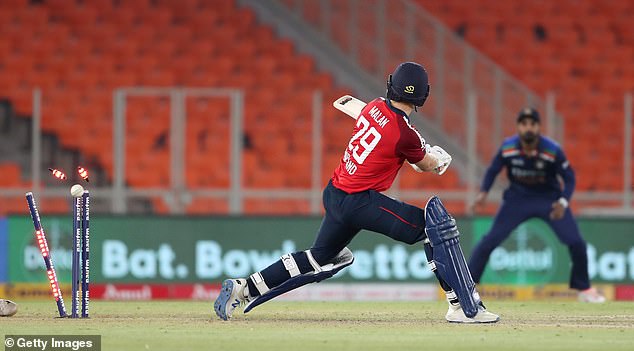 And Eoin Morgan’s powerful short-form side have plenty of options to consider before they finalise their line-up for a Twenty20 World Cup back in the sub-continental conditions in October that Malan has so far struggled to master.

Principle among them would be moving Ben Stokes up to Malan’s No3 slot and breaking up the left-handers in England’s middle order by bringing in Sam Billings. Meanwhile Joe Root, who made a big impact the last time a world T20 was played in India, and the exiled Alex Hales, promised a second chance this summer, wait in the wings.

Paul Collingwood knows what it takes to win a T20 World Cup as the only England captain to get his hands on the trophy since its inception in 2007 and he backed Malan to overcome his lean spell in what could be a World Cup final dress rehearsal on Saturday.

‘Dawid hasn’t quite found his rhythm on this tour but you have to remember where he is in the world rankings and that’s no fluke,’ said Collingwood, now England’s assistant coach.

‘What he has done in T20 cricket before now has been exceptional and one thing this white-ball team has done over the last four years or so is back its players. 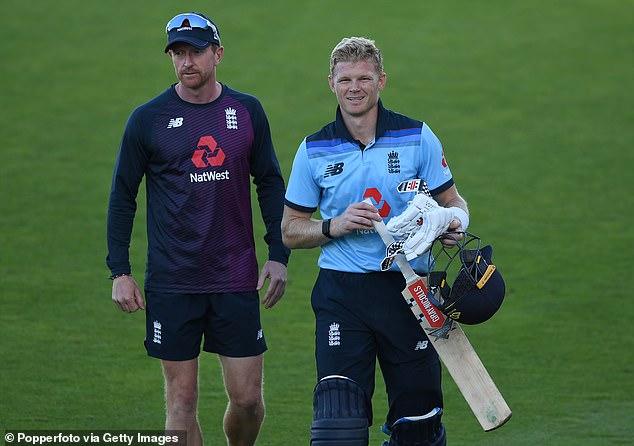 ‘A player does need the security of knowing he’s not going to be dropped after a couple of bad games because we do expect a lot of them. Dawid will be the first to say it hasn’t gone well in the last four games but he has another chance now to do something special.’

Saturday’s ‘cup final’ will be played on the pitch used for the second T20 international but England expect it to play much the same as the previous four, meaning it’s unlikely they will give a first appearance in the series to Moeen Ali.

That would raise more questions about their decision to send Moeen home after the second Test in India for a break so he could be fresh for a white-ball series he has failed to appear in. But Collingwood said Moeen was ‘ready’ should conditions suit spin today.

Victory and a 3-2 series triumph would be a notable feather in England’s cap and one that would cement their status as World Cup favourites. ‘It’s a huge game and feels like another opportunity to get experience of knockout cricket under our belts,’ added Collingwood. 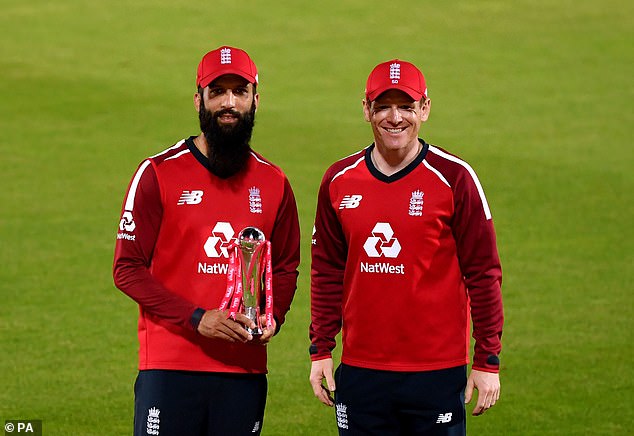