Virat Kohli turned the heat up on Eoin Morgan ahead of Tuesday’s first one-day international by accusing England of not acting in the spirit of cricket over a disputed catch during the Twenty20 series.

The India captain claimed England put pressure on umpire Nitin Menon to give a ‘soft signal’ of out when Dawid Malan’s tumbling catch in the deep in the fourth T20 game to send back Suryakumar Yadav was referred to TV official Virender Sharma.

Four minutes worth of replays and deliberation by Sharma proved inconclusive and the TV umpire had little option but to uphold a soft signal given on the field by Menon around 70 yards away from the low catch. 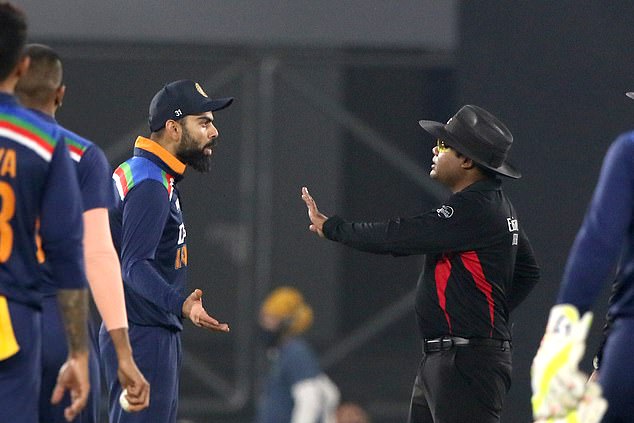 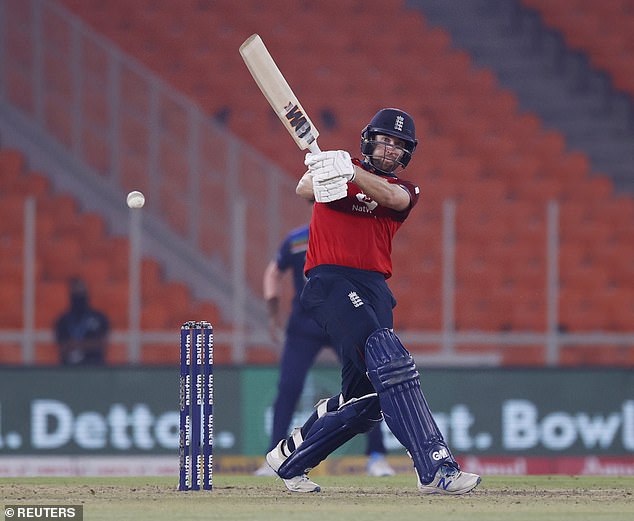 ‘We have to consider how a fielding team responds to a dismissal that is claimed like that because you have to then question what the guidelines are and what the spirit of the game is,’ said Kohli ahead of Tuesday’s first of three 50-over matches in Pune.

‘If something like that happened with the India team overseas there would be a totally different conversation about the spirit of cricket. It is a serious thing (the issue of soft signals) that needs to be considered because there is a lot at stake.’

Kohli, who has walked a disciplinary tightrope throughout England’s tour of India, also questioned England’s decision to send Moeen Ali home for a break ahead of the last two Tests. 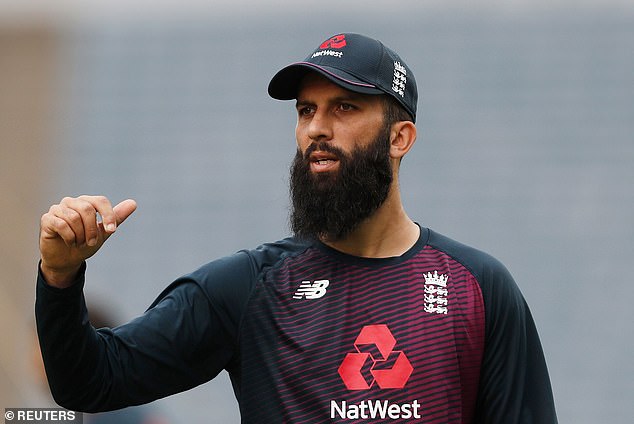 Kohli also praised Moeen Ali, who is waiting to hear whether he is going to be recalled

Moeen returned for the white-ball leg of the tour but was left out of all five Twenty20 matches and was on Monday waiting to see if he will be recalled.

‘I don’t know what the dynamics of the England rotation policy were,’ added Kohli, who played with Moeen at Royal Challengers Bangalore in the 2019 IPL.

‘But he would have been a very strong addition to their Test side. He would also have brought a bit more balance to their T20 team.’